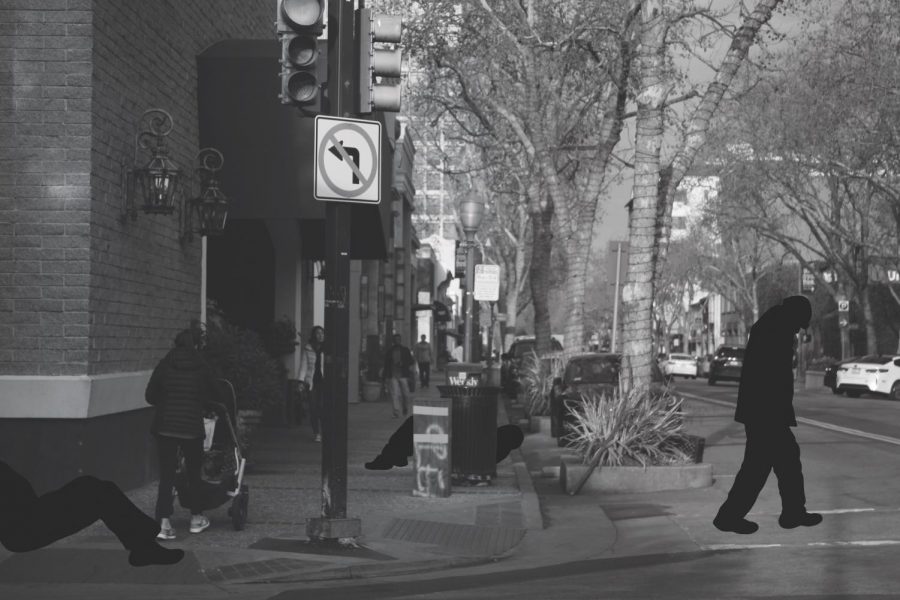 On the streets of Palo Alto, a city which is internationally renowned for its wealth and innovation, a growing homelessness crisis would seem unexpected and even out of place. Even so, our city’s homeless population exists and is expanding in a problematic trend demanding greater recognition, especially from high school students. Together, we, the next generation, can help promote universal youth education and development, diminish the apathetic and negative views surrounding the homeless and help inspire a culture of altruism within our school community for decades to come. Homelessness is already a common sight for students; along El Camino Real, just a few minutes away from campus, many recreational vehicles (RVs), pick-up trucks and other camping vehicles housing workers unable to afford houses or apartments line the streets. According to the 2017 Santa Clara County Homeless Census and Survey, the county’s homeless population rose by 13 percent in the last two years, while homelessness in Palo Alto rose by 26 percent over the same time frame. As homelessness in Palo Alto and surrounding cities grows, students’ moral obligation to dedicate their time and effort to this crisis is as pressing as ever.

Santa Clara County’s homelessness predicament is plagued with increasing rates of youth living without shelter; a biannual “Point in Time” census from January 2017 tallied over 2,500 homeless people under the age of 25 across the county, a rate that has nearly tripled in the last two years. State-wide, about one in every 20 public school students are homeless. Unfortunately, the adversity of living on the streets has serious psychological and physical repercussions for young people due to a resulting lack of proper mind and body development. For instance, homeless students between the ages of 16 and 24 had worse reading and math aptitude scores, according to a 2014 study by the United States Department of Health and Human Services (USDHHS). They were also four times as susceptible to major psychiatric disorders like hyperactivity, depression and anxiety. The multitude of obstacles that homelessness presents hinders a student’s ability to succeed in school. This stunting makes it harder for youth to get back on track and break out of the vicious, seemingly inescapable cycle of a lack of education and poverty. Homeless youth are also more likely to develop chronic diseases and substance abuse issues. In fact, the homeless have a life expectancy of 30 years shorter than the general population, according to a 2012 National Coalition for the Homeless study. Therefore, high school students with access to greater resources should dedicate increased time to aiding the homeless in order to promote equal education and opportunities for every youth in America. Though such actions, we can also realize our own happiness derived from helping others.

Additionally, the apathetic views and negative stigma surrounding the homeless often prevent residents from taking action. It is commonly assumed that homelessness is self-incurred, either through laziness or substance abuse, a justification for collective ignorance from the stark reality of the ongoing crisis. Such thoughts, however, fail to encapsulate the true nature of homelessness; in reality, there are a plethora of causes, including job loss, family eviction, health conditions, physical abuse and natural disasters. In addition, housing prices in the Bay Area are some of the highest in the nation with a median housing price of $3,155,700, which leaves many people without housing options. Rather than oversimplifying homelessness as a deliberate issue caused by addictions, Gunn’s community should recognize the reality of the struggles that lead to homelessness in order to gain a sense of empathy that will translate into increased action against these crises.

Ultimately, our moral obligation to help the city’s homeless population extends beyond promoting education for all or reducing apathy and stigma: high school students should feel compelled to help the homeless because they, too, are humans. If we can find the commitment and energy to integrate helping the homeless into our lives, we can instill a culture of compassion within our school community for years to come. Gunn can contribute to this cause by holding projects such as more shoe and book drives throughout the year. During the spring, Gunn can also involve the entire school by hosting charity runs and events to fundraise for nearby shelters and nonprofit organizations fighting homelessness. Besides school-related activities, students can take further initiatives by involving their parents or by writing to local congressmen to push for change. If this community can find the courage and resilience to go the extra mile and adopt an approach of altruism for the homeless, we can take the first steps toward mending our habit of hypocrisy and neglect prevalent within the wealth and affluence of Silicon Valley. The homelessness crisis is becoming increasingly worse, and it’s up to us to challenge the status quo and better the community. 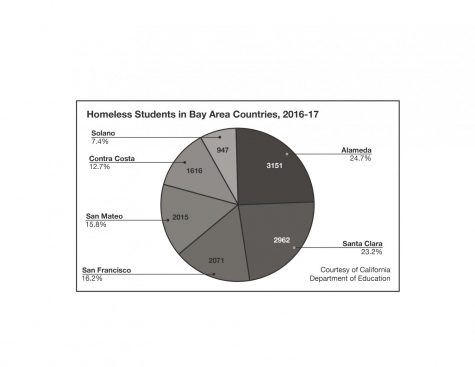