Overcoming the Gunn stereotype: Senior Grace Williams strives to support others through her own experiences 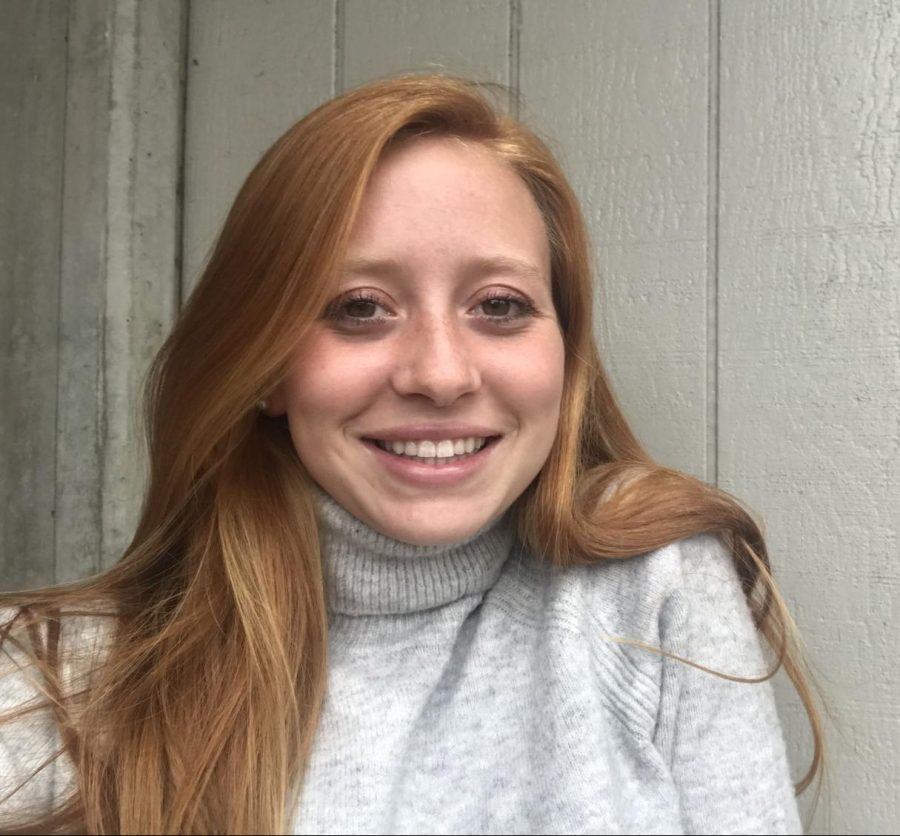 During my first two years of high school, I felt the stereotypical pressures of Gunn. I believed I either had to make the best grades in the class or I was not smart enough; I thought I had to be the best lacrosse player on the field and I thought I had to be involved in every extracurricular activity available. When I received my first C on an assignment, I was heartbroken and believed I would never be admitted into college. When I answered a question wrong in class, I thought the whole class was judging how smart I was. But over the years, the Gunn stereotype that made me feel like I had to be the best became just that—a stereotype.

Especially during the beginning of my sophomore year, the pressure I had put on myself to be the best became too much. I was no longer enjoying my favorite activities and I no longer wanted to spend time with my friends or family. Also, I could no longer find fulfillment in school. School was always something I had looked forward to and enjoyed but it became harder and harder to enjoy something that I believed I was failing at. Thankfully, my parents saw a decline in my mood and decided to send me to a therapist. At first, I did not want to go. The idea of talking to a stranger about my thoughts and feelings was not appealing. I also thought my friends would find out and think there was something wrong with me.

When I arrived at my first therapy session, I was greeted by a pretty, young woman who was excited to talk to me. We sat down and she began asking me things about my life and feelings. At first, I did not know what to say but as the conversation continued on I realized that I had many things to say. She helped me understand how to cope with my feelings and taught me tools to utilize when I was feeling particularly overwhelmed. Some strategies that I have found to be helpful include distancing myself from especially stressful situations and writing my thoughts and feelings in a journal. Though I am currently not seeing a therapist, the impact it had on me was extensive. Also, because I had such a positive experience with going to therapy, I came to feel more open to talking about it with other students and adults. I also know at any time I can go back. Once I accepted that I did not have to be the best to succeed, I began focusing more on activities and classes that I enjoyed. I joined multiple clubs that focused on breaking the stigma of mental health within the Gunn community. Joining these clubs allowed me to help other students struggling with some of the same things I had struggled with.

Immersing myself in new activities and organizations caused my focus to shift to myself instead of my success. I began to appreciate the little things in life that made me happiest and surrounded myself with people who truly had my best interest at heart. Though there are days when I struggle more than others, I try to focus on the fact that I am doing my best and that is the only thing I can control.

Unfortunately, the stereotype that I experienced reaches out into Palo Alto and doesn’t just affect the Gunn community. When meeting new students and adults through an organization, lacrosse or my church, I would introduce myself by stating my name and what school I attended. Upon hearing that I go to Gunn, the individual I was talking to would either say, “I am so sorry,” or, “Oh you go to Gunn? That must be really tough.” Each statement also came with a sympathetic but judgmental look. This skewed view of Gunn has sometimes affected my view of Gunn as well. Unfortunately, there are still members of our community that are not privy to the hard work Gunn students, teachers and parents have done to fix the hurtful stereotype that shadows our school.

All of us working to break the stigma associated with Gunn will only give students like myself the encouragement that you don’t have to be the best. During my time at Gunn, I have been fortunate enough to come into contact with students and teachers that are working to break this stereotype and better the Gunn community. Through my own experiences, I have also supported other students who may feel the same pressures that I felt. With support from friends, family, teachers and speaking with a therapist, I have embraced the fact that I am enough.