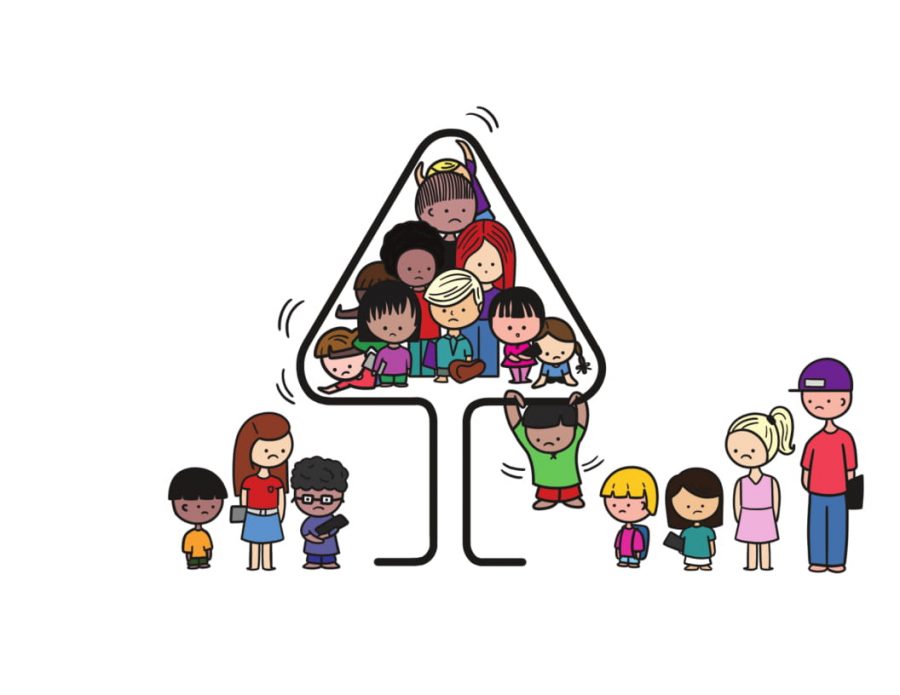 In light of the plans submitted by Stanford University to expand housing units and campus facilities, the Palo Alto Unified School District (PAUSD) is set to face a sharp increase in student enrollment without any expectation of increased funding from housing tax revenue. According to the General Use Permit (GUP) application submitted in 2018 to the Santa Clara Board of Supervisors detailing Stanford’s expansion plans, the university would add 2.275 million square feet of housing and facilities to the existing campus by 2035. With this expansion would come 2,172 new staff and faculty housing units serving as homes for hundreds of families with school-age children attending PAUSD. However, as Stanford’s proposed housing units would be considered educational facilities, they would be exempt from all property taxes, the main source of funding for PAUSD.

PAUSD administration and representatives from the Santa Clara Board of Supervisors are currently working to provide a mitigation plan for the expansion, opening negotiations to find a source of funding for the added students.

Without a mitigation plan, all students would be affected, according to PAUSD Superintendent Dr. Donald Austin. “Without mitigation, we would have more students without increasing funding,” he said. “Without an increase in funding, we would be challenged to maintain our class size ratios, number of programs [we offer] and depth of [such] programs.”

Austin has put forth a resolution attempting to address the funding issues, especially those posed by the creation of a new school, which he estimated would cost $40 million. “There are three pieces to our resolution,” he said. “Number one is we’d like to preserve our community schools. [Stanford’s] proposed location has no existing school near it yet, so we’d like a piece of land from Stanford [to build the elementary school]. Number two, we would like some money towards the creation of [this] school. Third, we would like some money going with the students that are generated through the General Use Permit.”

Both Austin and Collins strongly advocated for varying annual sums to be paid to PAUSD instead of a one-time lump sum, with the amount paid each year calculated based on the annual number of students entering PAUSD from Stanford’s housing units. “We really want this flexible funding formula that accommodates the range of outcomes that could happen and sustains [PAUSD] over time so that kids will benefit now and in the future,” Collins said.

Collins estimated an annual cost of $5.3 million to PAUSD as a result of the expansion, but cautioned against expecting a set number of students. “I’d say [estimating 275 new students] is now in the ditch,” he said. “I don’t think anybody can credibly say it’ll generate as few as 275.”

The reason behind the lack of a stable estimate is due to ever-changing negotiation conditions. Earlier this month, the Board strongly advised that Stanford quadruple the current number of proposed housing units in their GUP.

According to the Board of Supervisors, this increased expansion would offset a lack of housing for staff and work to bring down housing prices in the area. However, as County Supervisor Joe Simitian noted during a March 14 town hall meeting, these conditions would do nothing to alleviate the projected financial strain on PAUSD.

In addition, GUP negotiations are being held confidentially, a decision the community is divided on. An opinion column co-written by Collins in Palo Alto Online called for the transparency of negotiations, citing the vast impact the community would feel as a result of the GUP.

In contrast, Austin supported the confidentiality of negotiations as it alleviates unnecessary public scrutiny. “We trust our county supervisor, Joe Simitian, to be our advocate,” he said. “Personally, I see that sometimes confidentiality is good in the negotiation process; it allows for problem solving in a space without being attacked for every thought that’s proposed.”

Another issue for the district has been its delay in realizing the GUP was being negotiated in the first place. “The way we all found out about [the GUP] is that Supervisor Simitian called me up and all the other members of our board and said, ‘Hey, there are two weeks left to get in comments on the environmental impact process for the Stanford GUP, and you guys haven’t put any comments yet. Are you going to put it in the comments—you guys should get on top of this,’” Collins said. “To which my response—and I think the response of every other board member and the superintendent—was ‘what’s the GUP?’ We had literally no idea this process was going on and the impact that it might have on us.”

According to Stanford Vice President and Chief External Relations Officer Martin Shell, the university is seeking a GUP in order to continue research and study. “In order to further its academic mission, the university needs new research and teaching facilities that allow for deeper exploration of new and existing fields of study,” he said. “Stanford is proposing to add on-campus housing concurrent with the building of academic facilities to better serve the campus community and relieve pressure on the challenging local housing market.”

Shell also contended that tax revenue from Stanford lands provided a significant contribution to PAUSD funding. “Stanford has devoted significant portions of its land in the Stanford Research Park and at the Stanford Shopping Center to commercial uses that also generate tax revenues for Palo Alto schools,” he said. “In fiscal year 2017-18, these commercial properties on Stanford lands generated about 10 percent of Palo Alto Unified School District’s income.”

However, Collins noted that tax revenue generated from Stanford land does not actually come from Stanford. “[Stanford] very carefully describes it as taxes generated by Stanford land,” he said. “That’s because it’s almost all generated by buildings that are owned by other people, like Stanford Mall—which is not owned by Stanford. Stanford owns the land and leases it to the mall, but all the taxes are paid by [the mall’s owner] because they own the building and that building has all the value. Stanford’s total tax payments to PAUSD are under two million dollars a year.”

Stanford has attempted to expand its campus through a GUP in the past: the last GUP was in 2000, and Collins can easily draw parallels between the two proposals. “Part of what motivates the way we’re approaching this is the recognition that we’re fighting almost exactly the same battles now, 17 years later, and we’re not well-equipped to do that because virtually all of our institutional memory of those battles was lost and forgotten,” he said.

According to Collins, the 2000 GUP concluded with Stanford offering either a piece of land for construction of an elementary school or a one-time payment of 10 million dollars. “[The land was] nowhere near where anybody lives, and so [PAUSD] took that 10 million dollars instead, which is what Stanford, I’m sure, intended,” he said.

Since the GUP is outside the jurisdiction of PAUSD, the district only has a narrow window to unofficially negotiate directly with Stanford. “We set a drop-dead date of April 12 between us and Stanford for either coming up with something that we can agree upon, or leaving it to the county to work out,” Austin said. “My hope is that by the end of this month we can reach an agreement. Ultimately, we can’t reach a side deal with Stanford because they’re in the development agreement process with the County of Santa Clara. The best we can do is to come up with an agreement that Stanford will submit to the county.”

Despite the obstacles ahead for PAUSD, Austin still maintains a positive outlook. “I expect to work through this in good faith and hopefully we’ll have good news for the entire community soon,” he said.