Why are people drawn to conspiracy theories? 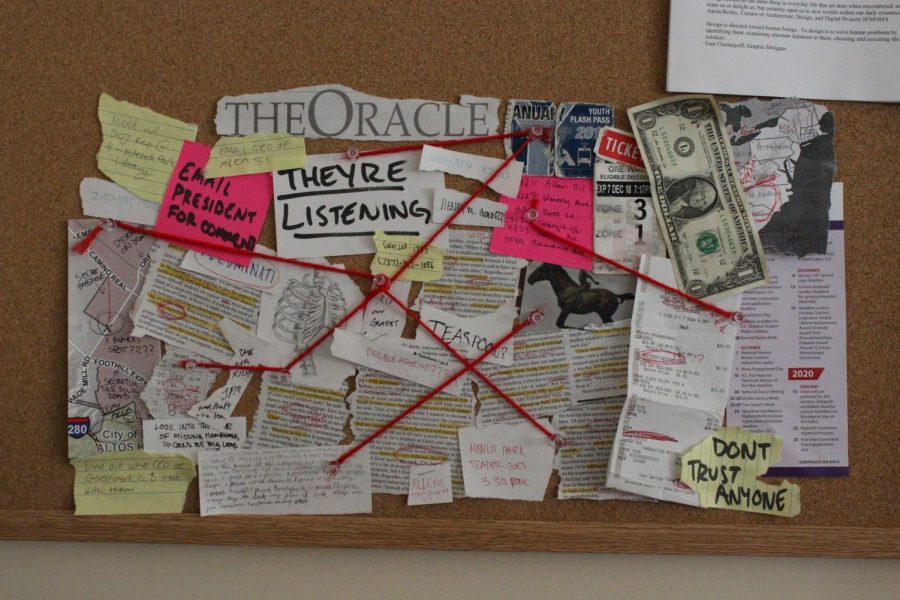 For the past century, skeptics and theorists have been questioning the reality of certain events, attempting to persuade people to believe in things that oppose the normalities of society. Coined as conspiracy theories, these superstitions have infiltrated our everyday lives and gained popularity in the past few decades with the help of the internet. But why are these theories, many of which are unreasonable, so mainstream in pop culture nowadays?

It’s a pretty normal thing to want to stand out. Everyone wants to be unique or different in some way. One really easy way to do this is through unusual beliefs and ideas. This is an important reason why people gravitate away from common perception towards the realm of conspiracy theories—they want to be unique. With this urge to be a distinct individual, it would make sense that people would become attracted to out-of-the-ordinary viewpoints and ideas. However, psychologist Romeo Vitelli of Psychology Today also said that this explanation can only be applied when the conspiracy theory is still underground, unknown by most. Bigger conspiracy theories become too mainstream and are no longer out of the ordinary.

Another major reason why conspiracy theories have grown in popularity is the desire for rebellion. Many of the most popular conspiracy theories’ roots are found in anti-government attitudes, from the supposed faking of the Moon landing to the supposed aliens being held in Area 51. All of these clearly demonstrate how people from across the nation have some sort of negative feelings towards the government. This anti-government theorizing is present in other countries as well. Conspiracy theories prevalent in the United Kingdom, for example, speculate about everything from the cover-up of Princess Diana’s assasination to the secret that Prince Charles is a vampire. Even if these theories seem far-fetched, they still have a fairly large number of followers, demonstrating how people from around the world are no less attracted to conspiracy theories than Americans. One cause of this is the widespread popularity of opposition toward a government’s authority, which makes it easier for people to be pulled in by anti-government theories.

Many people also feel anger and disgust toward certain historical events, wanting to unload these internalized feelings and place them elsewhere. This allows people to cope with tragic events and instead direct their negative attitudes toward a third party, according to authors from the School of Psychology at the University of Kent. When people feel unsafe or scared, they try to change these feelings quickly in order to rationalize their fears or wants. Because of this, conspiracy theories can serve as a sort of coping mechanism. They validate otherwise irrational feelings by placing the blame onto others, allowing the believers to relieve their emotions and place the blame onto some third party. The theories also help with the believers’ confidence, as they think of themselves as the only ones smart enough to know the real truth. Overall, conspiracy theories can have a positive effect on a person’s self-image, helping them cope with sadness and impacting their ego.

The impact that conspiracy theories have on the world is insane; every once in a while a new theory will appear, loads of people will hop onto the bandwagon and all of the sudden people’s world views are changing and politics are being influenced. Such an example is the vaccine argument, which originated from small-scale theories that challenged what was known as fact, turning into a movement in which many people latched onto the belief that vaccines cause autism, though it has been scientifically proven wrong. The sheer popularity and ubiquity of conspiracy theories is spreading awareness of the arguments and the differing beliefs, exponentially increasing the number of believers. The more people are attracted to conspiracy theories, the more impact those theories will have on others and on the world. And because there are so many factors that serve as a magnet, attracting, in some cases, millions of people towards these theories, it seems like they will continue to play a major role in society, politics and the everyday lives of people across the world.