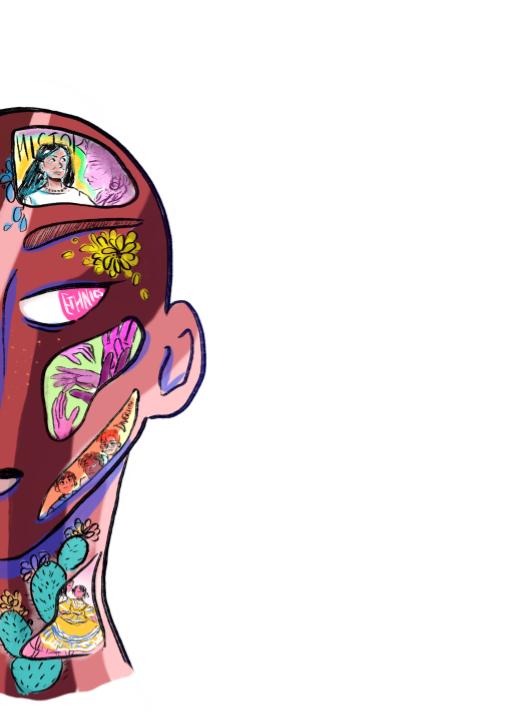 On August 22, the bill to make Ethnic Studies a graduation requirement was delayed in the state legislature. Citing the huge controversy around the bill, its author, California Sate assembly member Jose Medina, has opted to put it on the “two year plan,” postponing the vote on the bill without killing it.

The bill had been involved in a whirlwind of controversy with many different ethnic groups, some protest- ing the fact that it does not cover the plights of their minority group more inclusively and in-depth. Pro-Israel groups, for example, claim that the plan shows the Israel-Palestine conflict in a one-sided manner. Other critics are upset at the bill’s seemingly left-leaning nature, with terms like “Hxrstory” and “Cisheteropatriarchy” in the curriculum glossary.

Medina, the assembly member representing Riverside who authored the bill, released a statement on his decision to delay the bill. “It is not a question of whether the subject itself is necessary, but rather, how do we ensure the curriculum is comprehensive, rigorous and inclusive enough?” he wrote. “This underscores the importance of taking the time necessary to ensure we get the curriculum right”

One in five California schools offer Ethnic Studies as a class. At Gunn, the course has been offered for a long time, yet has not run for 12-15 years due to lack of student interest. According to the Gunn course catalogue, Ethnic Studies operates from the consideration of profound impact that race and racism have and continue to have on culture and society. Ethnic Studies aims to focus on themes of social justice, social change and social responsibility, using California as a microcosm of the country. It raises the essential question—what isthe role of racism in the American experience?

Social Studies Department Instructional Lead JeffPatrick says that, with the lack of students taking Eth- nic Studies, the curriculum has been spread through- out many other classes. The most notable example is Contemporary World History, which sophomores take for one semester. “If we knew that subjects were being covered in other classes, then that allows us to focus on the first couple things that we had to drop from the curriculum,” Patrick said, “It would also bring in some other topics that we haven’t covered in the past.” Principal Kathleen Laurence urges interested students to sign up for the class. “I think that it’s good for students to have some flexibility to be able to try things that they may not have known about,” Laurence said. “I encourage students to take it. It makes me sad that it doesn’t run because we have a lot of really cool social studies classes that students don’t choose to take.” Addressing the bill as a whole, she stresses the importance of civility for Ethnic Studies debates. “I think the biggest thing that has to happen is there has to be a good dialogue among all of the interested parties around it,not a debate,” she said. “And, the difference between the two is that, in a debate, there’s a winner and a loser, but in dialogue, you’re seeking to understand.”

School Board Representative senior Claire Cheng also strongly opposes an Ethnic Studies graduation requirement, and all other graduation requirements the district may try to impose. “Anytime we add a gradua- tion requirement, we are taking away the freedom for students to choose to explore what they are passionate about,” Cheng said. “The [government] is making the unilateral assumption that the subject will benefit all students more than another class students chose for themselves will. I don’t think the [school district] knows us better than we know ourselves.”

The course would most likely come as a semester-long course in senior year, probably at the expense of the psychology classes. “From a logistical scheduling standpoint, it adds to the complexity, and it would make that part of my job harder,” Patrick said. “But, from the social studies teacher standpoint, it’s really important for kids to have experience with this.”

Ethnic Studies wouldn’t immediately be a mandatory class, though. There would be a timeline for Gunn to have the course up and running. “They would also tell us by when we would have to have it in our schools as a graduation requirement,” said Laurence. “A lot of times, what they’ll do is they’ll pass the bill and say it’s for the graduating class four years later.”

This requirement would also need more teachers for Ethnic Studies. “We’d need a staffing increase for it, which is one of those interesting things about state mandates, ” said Patrick, “The state can require this, but they don’t provide any additional funding, so you have to hire teachers to teach that course.” Due to the bill’s delay, the issue of finding teachers has been postponed.“Like a lot of things that are done at the state level, we just kind of take a wait-and-see attitude,” said Patrick.

While the bill is currently at a standstill, it will certainly be back in the future, and for students passionate about the issue, Cheng advises they attend a board meeting. “An opportunity I find very important that not a lot of students know about is open forums.” At open forums, held at the beginning of school board meetings, anyone in the district—students, teachers and other community members—is welcome to give a speech for two or three minutes on an issue they feel strongly about that isn’t placed on the agenda. “Student voice matters,” Cheng said. “If you are persistent about the change you want to see, have support from a large group of students and have good rationale behind your opinion. The board will take it seriously.”