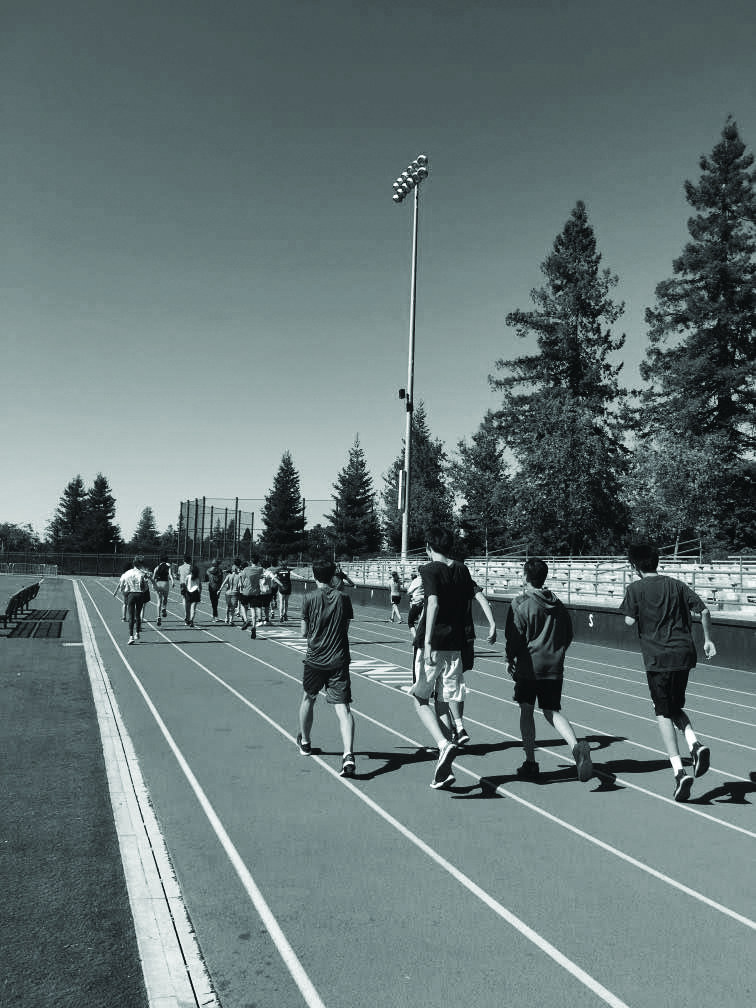 Meeting after school every day on the track since early August, cross country is now getting ready for their upcoming season. “We have a pretty strong team this year, so we might make it to states,” captain Sophie Alexis said.

Alexis was able to identify some goals for herself and the team. “I really want to get a personal record in at least one of the courses because, for most of them, I haven’t gotten one since freshman year, which is sad,” she said. “For the team, I just want everyone to bond by the end of the season.”

Alexis also believes she can use her leadership role in the team to help even the youngest members feel included. “I’m a captain, so we’re in charge of warm-ups, but also getting to know the team members,” she said. “My favorite part of a meet is cheering for the other members and I hope that I’ve done well at that so far.”

Finally, she wants to encourage people to join the teams. “Just join cross country,” she said. “Know that it’s really going to hurt at first and it’s going to be really hard, and expect that, because it’s basically inevitable. I promise it will get better.”