Should teenagers responsibly experiment with illicit substances to become aware of, familiar with limits?: pro 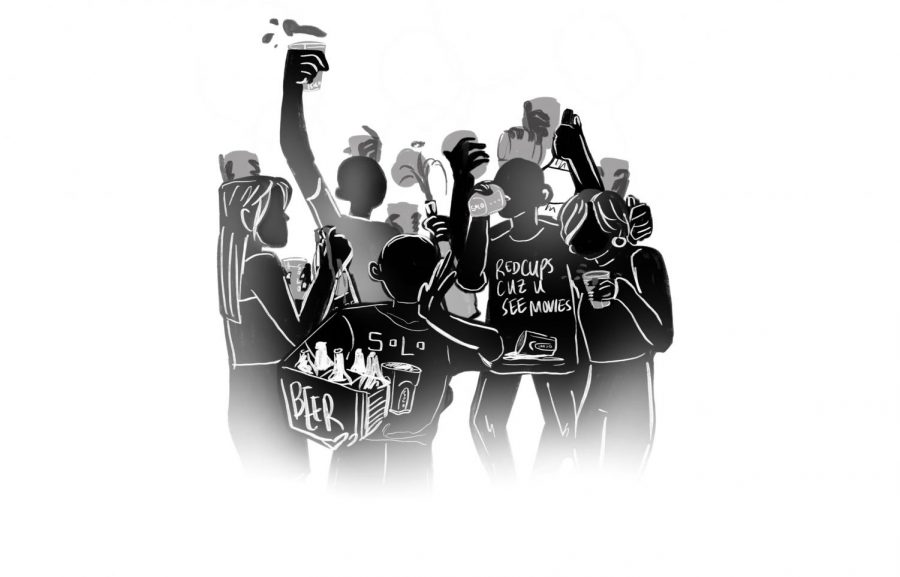 For high school students, exposure to alcohol and other illicit substances is inevitable throughout daily life. Modern society is past the point of trying to get teenagers to stop rebelling due to the fact that it’s an expected, unavoiadable part of teenage life. From an early age, students have been plainly told not to try alcohol under any circumstances because doing so can harm their development. However, trying illicit drugs and substances, including alcohol, should not be stigmatized due to the fact that students often have a tendency to rebel against adults. Thus, it is safer for students to consume these substances responsibly in a secure environment.

When students attempt to rebel against adults, their safety is oftentimes not something they keep in mind. As teenagers grow into their autonomy, they often mistakenly believe that the more they communicate with their parents, the more dependent they become. This lack of communication not only motivates students to try alcohol in dangerous situations, but also leaves them with no trusted adult to ensure their safety. On the other hand, when parents attempt to bridge the communication gap between them and their children, more trust can build between both parties. If adolescents were tofirst try alcohol in the presence of their parents, they wouldn’tfeel the need to go out and drink heavily with their friendsbecause they would know their limits. Defiance in teenagers isinevitable and is something that no person can truly change. However, the ways in which adolescents rebel can be mitigated in order to ensure their safety.

In addition to accessiblity, stress and a desire for independence, peer pressure is another reason why teenagers might want to try alcohol, according to the National Insitute of Alcohol Abuse and Alcoholism. While consuming alcohol is illegal in the United States until the age of 21, the media has continuously portrayed the idea of a hypothetical “cool” and “popular” teenager as one who drinks and parties with their friends each weekend. Whether people see it or not, this has led many to try alcohol at parties they attend. Consuming alcohol is a personal choice—there’s no true way to stop an adolescent from mingling with these substances.

Teenagers should try alcohol to know what it’s like, instead of only being idly curious about it; after all, idle curiosity can often lead to dangerous situations.

In many schools, adults teach students that abstinence is the only way teenagers will avoid getting into problematic situations with these substances, such as addiction. However, adults fail to recognize that they can’t keep teenagers hidden from the world forever. Eventually, adolescents will grow into adults who will be put into situations they feel uncomfortable with, often involving alcohol. Thus, adults shouldn’t be teaching students how to avoid these situations, but rather how to act when facing them, so a smart and educated choice will be made when they arise. Without this education and experience, students will get themselves into uncomfortable situations with harmful substances. While students shouldn’t drink and party every weekend, they should at least be exposed to alcohol in some type of way, improving their knowledge of thesubstances under the guidance of adult figures in their lives.

Consuming alcohol, especially as a teenager, is a personal choice that deserves careful, concious thought. As peer pressure and teenage drinking become the norm, teenagers should expose themselves to alcohol in a safe environment in order to ensure their overall safety and knowledge of these substances.