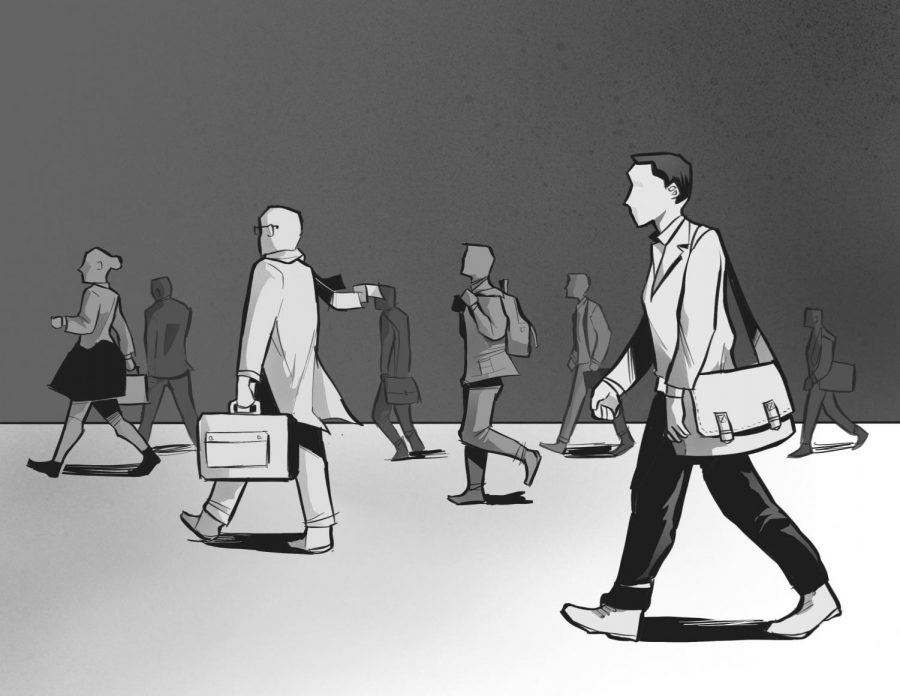 The proposed Santa Clara County teacher housing project was given a funding boost after a $25 million donation from Facebook on Oct. 17. The project was proposed in Jan. 2018 by the Santa Clara County Board of Supervisors President Joe Simitian and aims to provide workforce housing for teachers in the five North County school districts, including Palo Alto Unified School District (PAUSD). The development will be conducted by the non-profit Mercy Housing and Management group.

The planned site for construction is 231 Grant Ave, Palo Alto, Calif., an acre and a half of county-owned property. “The county is going to put the property into the deal and retain ownership,” Simitian said.
“We don’t have the land costs that would typically make a project like this much more expensive.” The current plan estimates 60 to 120 units of housing through this project. “We have refined the planning for the project and it looks more and more like somewhere in the vicinity of 90,” Simitian said. “I am hoping the school districts will weigh in on which employees they would like to see helped by the project.”

The Facebook grant provides a beneficial boost that allows the project to move forward. “It’s a big, big help,” Simitian said. “It’s a $25 million grant and I should underscore that it’s a grant. It’s a gift, not a loan and what that means is that we have an anchor funder, or somebody that really helps ensure that we can move forward with the projects.”

According to Palo Alto Vice Mayor Andrew Fine, the project requires collaboration from a variety of entities. “This is a multi-jurisdiction project,” Fine said. “The county has the land, the city has the zoning and building approvals and the school districts are involved in terms of providing some funding for it. So that’s somewhat more complicated than a normal project.” In June 2018, the Palo Alto City Council set aside $3 million for the project.

Fine, who has a master’s degree in city planning from the University of Pennsylvania, points out that affordable housing is a widespread issue. “I’m totally supportive of almost any housing project but it’s worth noting that the housing crisis is really affecting everyone in the Bay Area,” Fine said. “We are never going to be able to subsidize our way out of the problem. We simply just have to build more housing. While it’s great to build housing for teachers, I really wish we lived in a community where there was enough housing for people and we didn’t have to go picking and choosing winners and losers.”

The project has a variety of goals. By reducing commute times, Simitian hopes this project will allow teachers to dedicate more time to their craft. “We will also be in a position where local school teachers can spend the time that would otherwise be on the road on campus with students playing an even more integral role in working with their students and helping with extracurriculars,” he said. “That’s so tough now for people who are driving long distances from other parts of the Bay Area and beyond.”

English teacher Marjorie Paronable agrees with this sentiment. “How will Palo Alto get more teachers if they don’t give options to younger teachers on where they can live?” she said. “Newer teachers are constantly being pushed out of the community. I think that [housing] is a great way for the district to think about the future because in the future, I don’t think a lot of new teachers are going to come over here and stay in Palo Alto if they cannot live in the area.”

Paronable is one of the many teachers who have been affected by the steep prices of Palo Alto housing. “I live in San Jose and I’ve been thinking of moving here for the longest time, but I haven’t gotten any opportunities,” she said. “I can’t by myself sustain that and try to live here as a teacher.” While happy with her current housing situation in San Jose, Paronable believes closer housing would allow her to play a more active role in the school and community. “I would be more willing to do more things if I lived close by because I constantly know it will take me an hour to get home,” she said.

Wilson has faced trouble with houing in the past. “I have been teaching at Gunn for a long time,” she said.“When I started teaching here I lived in Mountain View. It was a 10 to 15 minute drive so it was really easy for me to go to evening events, stay after school to tutor, do clubs [and] all that kind of stuff.” As Wilson’s rent continued to rise, she began having to move farther from Gunn. “I went to Sunnyvale and that was okay. Then my rent went up [by] $500 a month, so than I had to move to San Jose. We were able to buy a place, I was really happy about that.”

The long commute from San Jose has made it hard for Wilson to stay after school.“The longer I stay after school, the worse the traffic gets,” she said. “I teach after schools on Tuesdays and Thursdays. I can’t leave at five because it’s really bad traffic, so I just stay until seven on those days. A lot of times when there are evening events that I used to come toI do not come just because it’s hard navigating traffic and the distance.”

While the Facebook grant gives the project a solid funding base, there are still many steps left to go. “What we need to do now is design the project, cost it out and then get a mortgage for the remaining project costs,” Simitian said.“There’s still a lot of work to do but we are very well positioned now.”

Palo Alto Educators Association President Teri Baldwin believes that more needs to be done to address the problem of affordable housing.“Educator housing is a starting point to help some teachers stay in the Palo Alto area and remain at PAUSD,” Baldwin wrote in an email to The Oracle. “Other remedies are needed, such as middle-income rental rates and home buying assistance programs. This problem is not just affecting teachers; it affects our classified staff and many other middle-income professionals.”