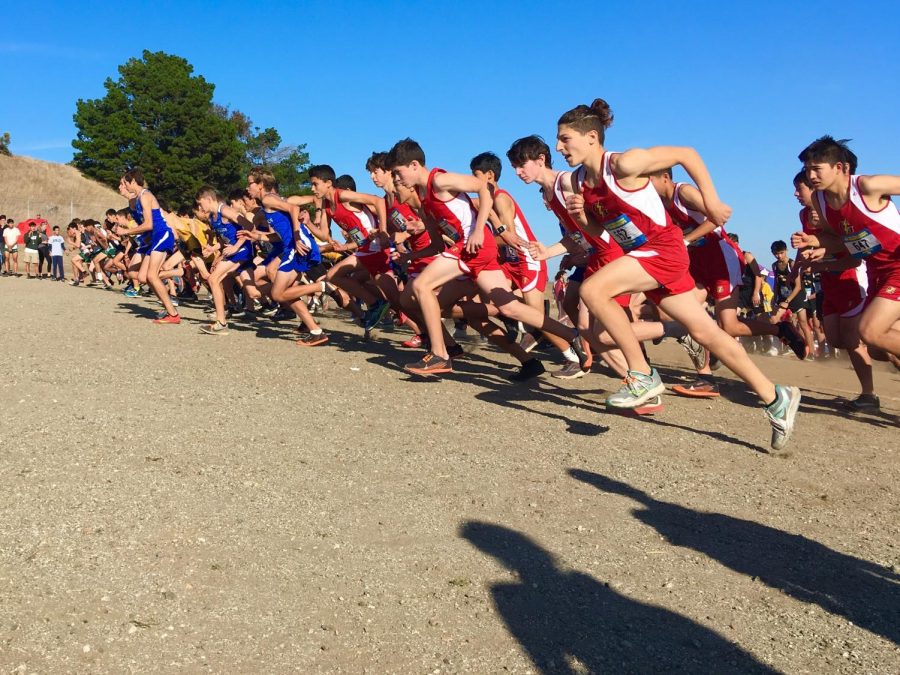 Following the end of a tumultuous cross country season—in which frequent disputes between coaches were increasingly brought to the attention of athletes—some team members have called for administrative oversight and intervention into the cross country program.

Tensions have arisen from coaches giving conflicting instructions. According to senior George, whose name has been changed to maintain anonymity, when head coach Michael Granville and former assistant coach Curtis Liang diverged on workouts, each urged athletes to participate in their respective version. “Curtis talked a lot about how he thought he had more experience than Granville and was more qualified to plan workouts,” George said. “I didn’t want to completely ignore Granville either. It’s hard for me to know who I should listen to when they’re both giving me different workouts.”

A number of athletes have also pointed to the conduct of Granville and assistant coach Wendy Smith as contributing to this hostile environment, citing stressful incidents such as when Granville has lost his temper at students.

As a result, the past few months have been filled with emotional strain for some members of the cross country team. “One time, when we were about to get on the bus to go to one of our meets, I started crying when I heard Granville’s voice because I was just so stressed,” junior Moyu Shimada said.

Administration learned of the situation in early October, when they arranged a meeting on Oct. 2 between the athletic director, the athletic trainer, Granville, Liang and select athletes; later, administrators held individual meetings with some students.

According to multiple sources, Granville ceased shouting at athletes after this meeting, but many students still voiced their frustration that not enough was being done to resolve tensions. “The students had a meeting with coach Granville and with the administration to discuss their grievances,” team captain Taylor, whose name has been changed for anonymity, said. “Afterwards, nothing changed, if at all. If we’re looking at the higher ups and telling them something’s not right and they’re not doing anything, then what are we supposed to do?”

Laurence was unable to comment on the specifics of the cross country situation, citing personnel issues, but acknowledged students’ voices and emphasized that administrators were taking action. “Just because this isn’t going in the direction you want doesn’t mean that you weren’t heard,” she said.

Laurence also affirmed that Granville continues to uphold the principles of the InSideOut program, an athletics initiative that focuses on educational, growth-centered sports activities beyond just a team’s competitive success.

Yet junior Safa Farooqui can point to instances when the administration’s handling of the situation took a toll on her. “[My friend and I] were just so tired of cross country,” she said. “We’re juniors. We’re already stressed out as it is; this is just extra stress. The way things have been handled and the way we’ve felt through all of it—I feel like [the administrators] don’t care about that. They only care about like, ‘oh, has [Granville] yelled at you?’”

Indeed, the divisiveness in the team only worsened when assistant coach Dillon Hu and Liang—both of whom had spoken out against Granville—were released from their coaching duties. Following Hu’s departure, some students felt negatively impacted. “It was very hard for me,” Shimada said. “Dillon has always been there for me, so him getting fired was really hard.”

As a result of what sources have described as “emotional stress” and “toxicity,” many athletes have declined to fully come forward, fearing retribution. “There’s a reason so many people don’t want to go public—many people are getting grilled and we are risking our future with the sport,” Taylor said.

Opinion on Granville’s conduct has been sharply divided within the team; while many athletes blamed Granville for perpetrating an unhealthy team culture, others have argued the coach’s methods were justified. “I think he has done a lot for this team and he is doing his best,” senior captain Sophie Alexis said. “Every coach gets angry sometimes.”

Junior Anna Gersh urged her fellow teammates to empathize with Granville. “We have to be understanding of what he’s going through,” she said. “He had a knee surgery and he has a baby, so that might be difficult for him. At the same time, I wish he would make changes [based off criticism] sometimes and listen to people more.”

Granville and Smith both declined to comment on the situation, stating that they would instead like to focus on the cross country girls team’s recent success in qualifying for state championships.

While no concrete solutions have been proposed for future seasons, some athletes—junior Henry Moshfeghi included—believe the first step forward is to heal the rift in the team. “There needs to be a level of understanding between all students and coaches that there is not right now,” he said. “Ultimately, this is about the cross country team and about the students. This team is about making people running at the highest possible running ability that they have, or as high as they want to go for. I feel like throughout the season this has not always been the main focus.”