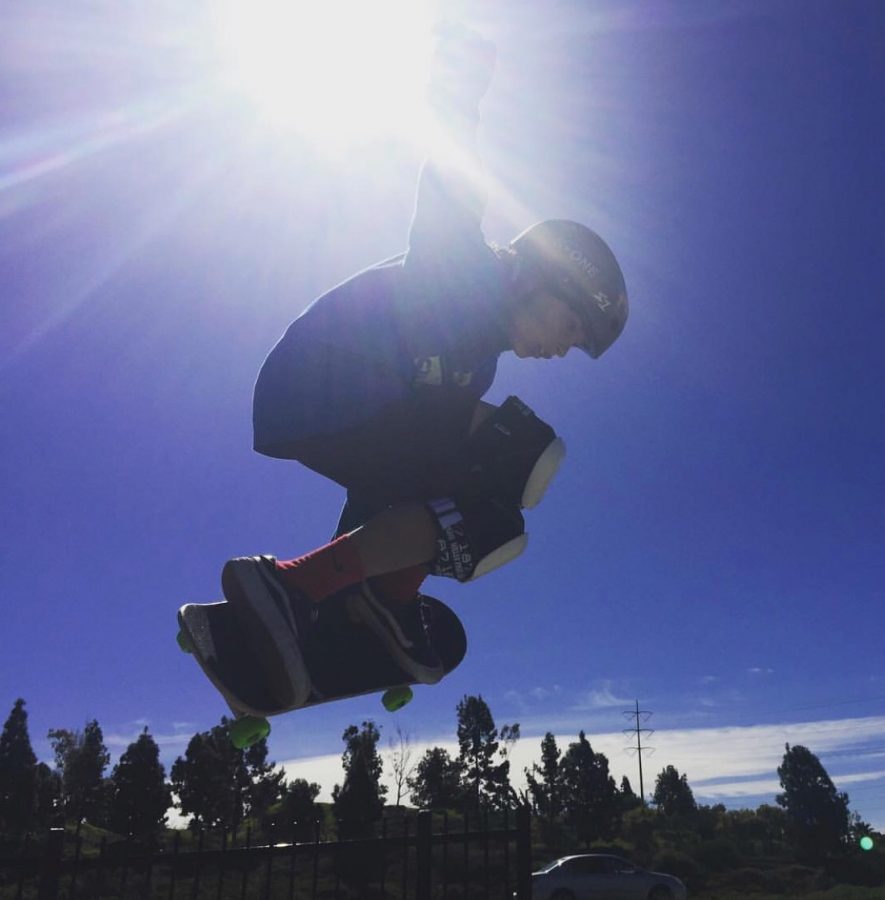 Freshman Aaron Alpan is the kid who is always making a racket outside. A few days a week, like clockwork, he’s on the street riding up and down his ramp, attempting tricks and flips of all sorts. While it’s a nuisance to his neighbors, it’s a passion to him, albeit a noisy one: skateboarding.

In sports culture, skateboarding has held a fluctuating rank. Since its first spike in popularity as a sidewalk alternative for surfing when the ocean was too calm, skateboarding has taken off as an industry and a competi- tive sport, with a few bumps along the way. “A lot of people have accepted it and now a lot of people do it,” Alpan said. “So it’s just become popular.” Over the years, however, a stereotypical image of a skateboarder has emerged: the thrill-seeking teenager with the most daring trick moves.

Two years ago, his friends first made him interested enough to pick up the old skateboard lying around his house and try it out. It was under their tutelage that he mastered the incredible ability to ride effortlessly across the ground on four wheels. Since then, Alpan has enjoyed every part of the hobby, especially the freedom of it.

Now, as a more experienced skateboarder, Alpan mainly practices on his own, visiting the local skateboarding parks in Sunnyvale and Menlo Park. To learn new tricks, he has a simple process: think of something to do and try it. “It feels nice landing a trick,” Alpan said. “It just feels satisfying.”

At a skatepark, there are plenty of observable subjects to draw inspiration from, and with a little creativity and perseverance, Alpan can master a new move. One that he most vividly remembers perfecting is the kickflip. “I was really proud when I first learned that,” Alpan said. “That was just trying it a bunch and seeing other people do it and trying to copy what they were doing.”

Sidewalk surfers of all ages are brought together at skateboarding parks. In a school setting, however, the culture is more buried; Alpan practices skateboarding as a side hobby but always bikes to school. Nonetheless, he says the skateboarding community still exists, and he has connected with a number of new friends through the common interest.

One downside of skateboarding is its negative connotations; in some places, skateboarding is prohibited for public safety reasons, making the pastime a crime. But although skateboarding might be a raucous annoyance to some, Alpan doesn’t mind. He enjoys it, and his family supports it. As for his non-skateboarding friends? “They think it’s cool,” he said. As long as his neighborhood doesn’t kick him out, that’s good enough for him to roll with.