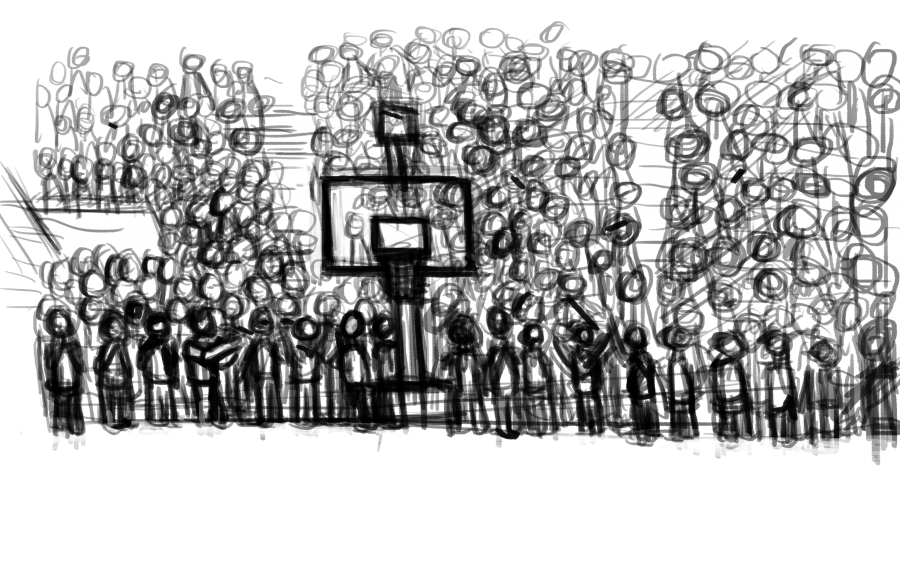 Building brackets to predict the results of the 64 team National Collegiate Athletic Association (NCAA) Men’s Division I basketball tournament, nicknamed March Mad-ness, has become a tradition across the country. With the tournament just around the corner, another contest of surprises and “madness” is prepared to capture theattention of fans.

March Madness is a unique event. One of the elements that makes the tournament so beloved is the bracket and gambling aspect. With 64 Division I basketball teams, the possibilities are endless and unpredictable. Fans get to see matchups between top tier programs and “Cinderella” teams, who are generally extreme underdogs competing for shots at glory. In this tournament, seeds don’t matter, and every team does anything they can to bring the trophy back to their school. With such an unpredictable bracket, building brackets has become a national tradition. Competing with friends, coworkers or even entering contests has become popular, even for many non-basketball fans.

Another reason why fans enjoy the NCAA tournament is the unlikely breakout stars that emerge. Players such as Stephen Curry, Steve Nash and C.J. McCollum made their names known to National Basketball Association (NBA) scouts by leading their team to upsets in the tournament. Many unknown players find their time to shine duringthe tournament as a last chance to become noticed and receive a chance at playingin the NBA.

One more major characteristic that makes March Madness so exciting is the abundance of parity. In the NBA, powerful dynasties such as the ’60s Boston Celtics, ’80s Los Angeles Lakers, ’90s Chicago Bulls and 2010s Golden State Warriors have dominated the NBA landscape. In the NCAA, however, players can only compete for a maximum of four years, and with the best players usually playing for just one year, there are fresh faces every season. While there are teams that are good every year, such as the Kentucky Wildcats or Duke Blue Devils, with every tournament we seenew stars emerging on the teams.

The March Madness’ big brackets and unpredictability make it a must-watch thiscoming March. Making brackets and watching the top college players in the nation go at it to bring home the glory is an amazing annual spectacle.