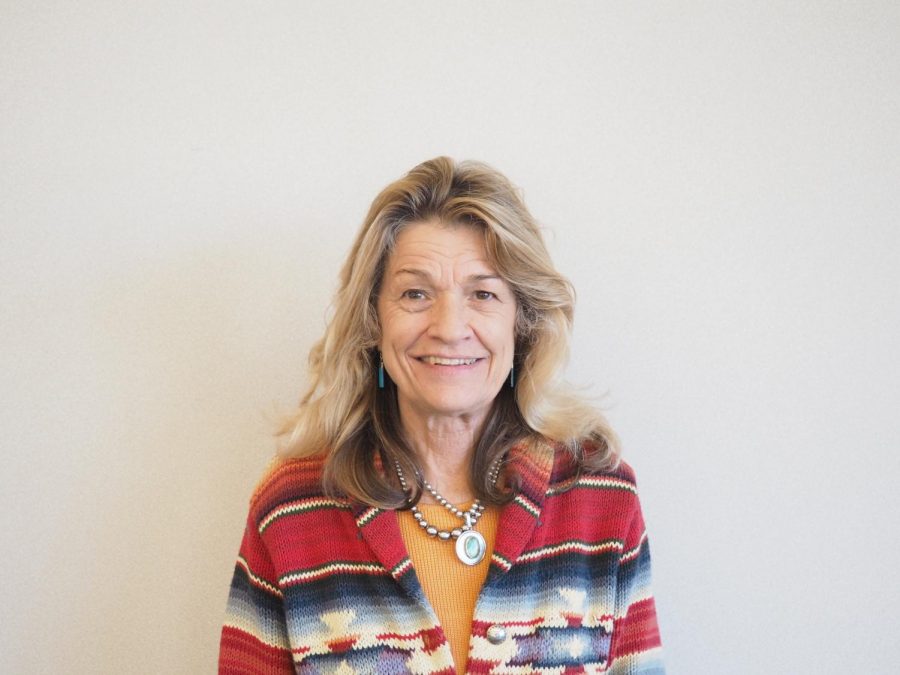 The Student Activities Office, a campus staple, holds a constant stream of visitors on the daily. But behind every transaction, purchase and student inquiry sits Leslie Kousnetz: a woman with endless patience, empathy and accounting knowledge.

Any student-body-related financial information is exclusive to Kousnetz. “I have to go protect it [from] everybody. Even the principal,” she said. “You have to get student approval… [the district] is not supposed to mix [student] money with site money.”

During her 13 years at Gunn, Kousnetz witnessed the SAO undergo major renovations and relocations. “The [first] building wasn’t healthy, everything was unhealthy,” she said. She described infestations of spiders and rats, which lead to a temporary relocation for two years. “It was so dusty that even one night, the rats would actually [leave] footprints,” Kousnetz said. “Oh boy; it’s been a great improvement since I’ve gotten here.”

One popular improvement is the availability of tea and snacks. “We said, ‘How can we make the SAC more fun to come [to]?’” Kousnetz said. This led to the SAO providing hot chocolate, which expanded to tea, snacks and even ramen. Kousnetz explained that this change brought a unique feature to the SAO, distinguishing it from other student spaces like the library and Wellness Center.

This idea reflects on Kousnetz as a person as well. “Over time I have been there enough where kids see me as a confidant,” she said. “After 13 years, you get to know kids like they’re your own.”

One of the most difficult challenges is maintaining the workload while being short-staffed. The lack of staff members and volunteers has pushed the morning opening hours to the afternoon, while yearly events such as prom congest the SAO activity tenfold.

Nevertheless, it’s Kousnetz’ flexibility and kindness that perseveres. “It’s not about the paycheck. It is that I help someone today,” she said. “Maybe I help someone get inspired to go to college, or not quit school, or get involved in government or maybe want to be an accountant.”