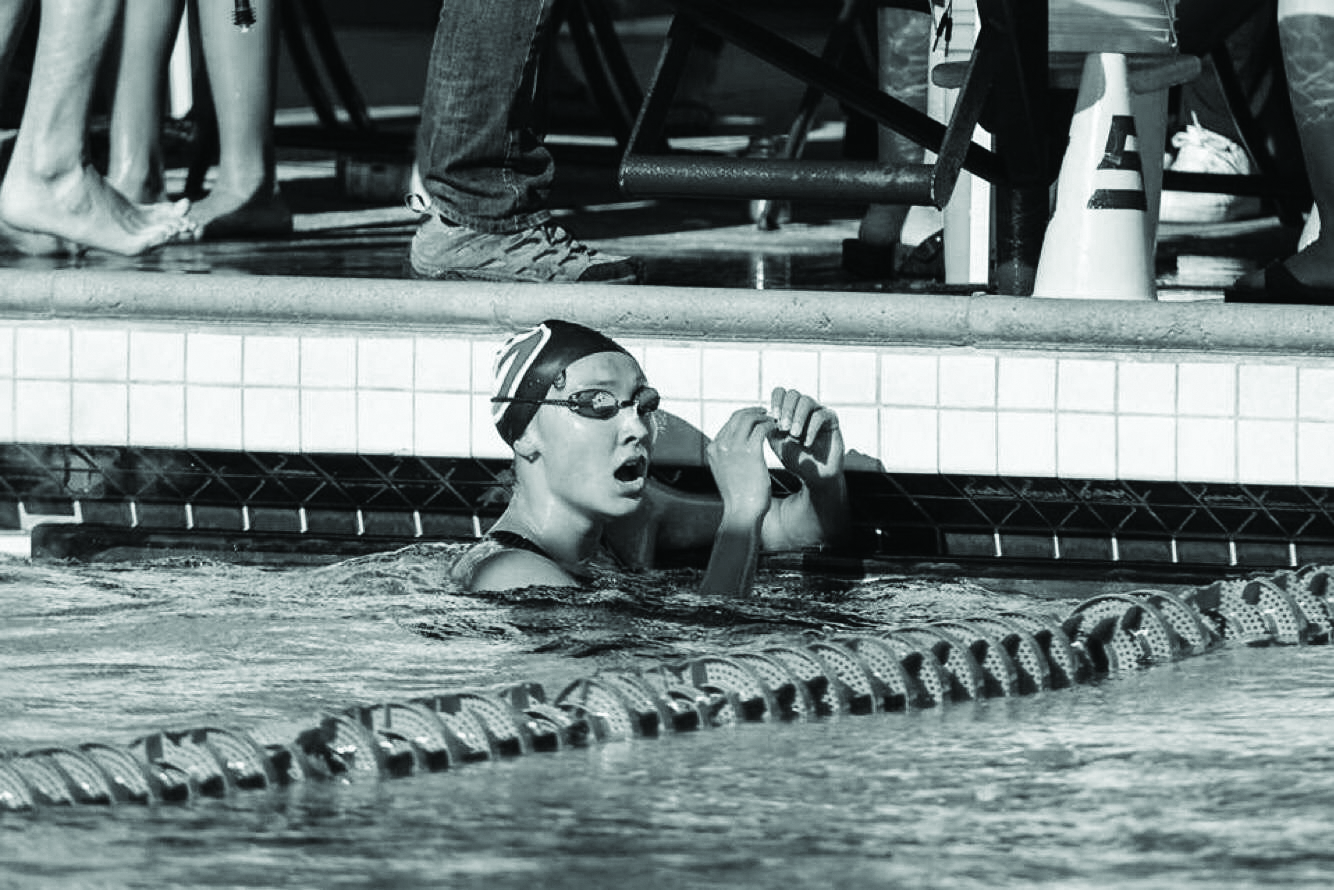 Sarah Snyder graduated from Gunn in 2019 and recently began her Division I college swimming journey at Duke. Inher first season, Snyder made enormous strides, qualifying for the National Col-legiate Athletic Association (NCAA) on three relays. “Making the NCAA teammy freshman year is something I neverexpected to be able to do,” Snyder said.

Growing up, Snyder participated in multiple sports, including equestrianism and ballet, but eventually committed to swimming in eighth grade. “I joined a summer league team which my olderbrother was already on, and when he quit, I kept going,” she said. Snyder stuck with swimming because of the challenge and reward. “Seeing all of your hard work and dedication pay off to the sport that you love the most has to be the best thing about being an athlete and a swimmer,” she said.

Snyder put a lot of time into swimming throughout high school, swimming nearly 20 hours per week, but it was still a big jump to college swimming. “We have two two-hour doubles on Monday, Tuesday, Thursday and Friday, and a four-hour workout on Saturday,” Snyder said.

Another big change from high school to college swimming has been the mindset of the team. Snyder feels that high school swimming was very individualized. “It would make me put lots of pressure on myself to drop times because I was swimming for myself and for my own personal times,” she said. In college, however, everything is a lot more team-based. “This makes college swimming super exciting, where everyone is screaming their hearts out to watch your teammates,” she said.

Although balancing swimming and school can be difficult, Snyder has learned how to manage her time well. Snyder feels that Gunn academics have helped her succeed at Duke. “While Gunn academics are really challenging and it sucks while you’re doing it, it really does prepare you well for college,” she said. “Even at a prestigious college like Duke, it was not hard to acclimate to the academic rigor of the school.”

Although swimming in college can be difficult at times, Snyder wouldn’t trade her experience for anything. “I really don’t think I would ever want a normal college experience because I feel like I would get so bored,” she said. “Also, all NARPs [non-athletic regular people] do is school, so it would be pretty awful.”