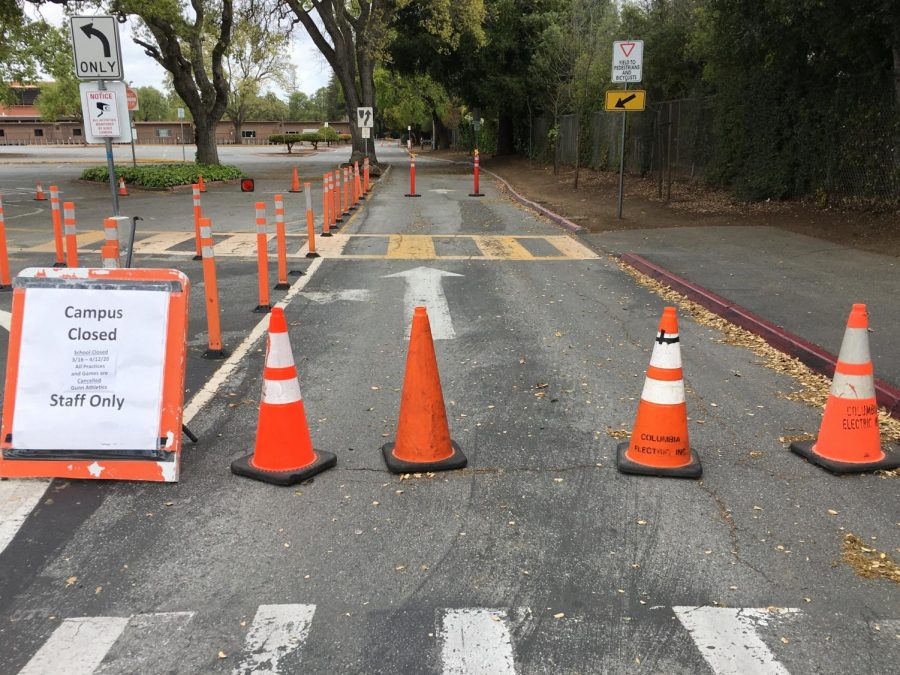 On Wednesday, district superintendent Don Austin announced that schools would not reopen for the rest of the academic year. “We empathize with students who were holding out hope for a return this year,” Austin wrote in a message to the community. “Most people knew that reopening this year was unlikely given the challenges facing our nation and a virus still spreading rapidly.”

The announcement was preceded by a series of successive events throughout the week in response to the escalating public health crisis with the novel coronavirus. In Santa Clara County, there are currently more than 1000 cases of the COVID-19 disease; worldwide, the number has topped one million. On Monday, the Bay Area shelter-in-place order was extended to May 1 to continue the community efforts to “flatten the curve.”

Following that, California State Superintendent Tony Thurmond suggested in a letter sent to county officials on Tuesday that the current health safety crisis might prevent school campuses from opening in the near future.

While Austin did not release an official statement the same day, the previous events culminated in a decision to keep schools closed for the remainder of the semester. Classes and clubs will have no more in-person meetings, and a number of events from second semester will not take place. On Thursday, athletic director Curtis Johansen further clarified via Schoology that all spring athletics are cancelled for the rest of the 2020 season.

In a March 20 interview, Austin confirmed that if schools would be closed through the rest of the school year, the district would be moving toward “Phase 3” of online learning, in which work will be graded. “After spring break, it’s going to start looking a whole lot like we are a virtual school, to the best of our ability,” he said. “It’s going to take us some time, but I’d say after spring break, it’s going to look like this is where we’re settling—trying to replicate instruction to the best of our ability.”

Goals and changes for Phase 3 include more regular contact with teachers, higher expectations for student work, accessible mental health and counseling services and the establishment of a special education system.

On Friday morning, the College Board released new details about this year’s modified AP tests, which are shortened, open book and designed to be taken at home. Additionally, the tests will only contain free-response questions. See the full list of details here.