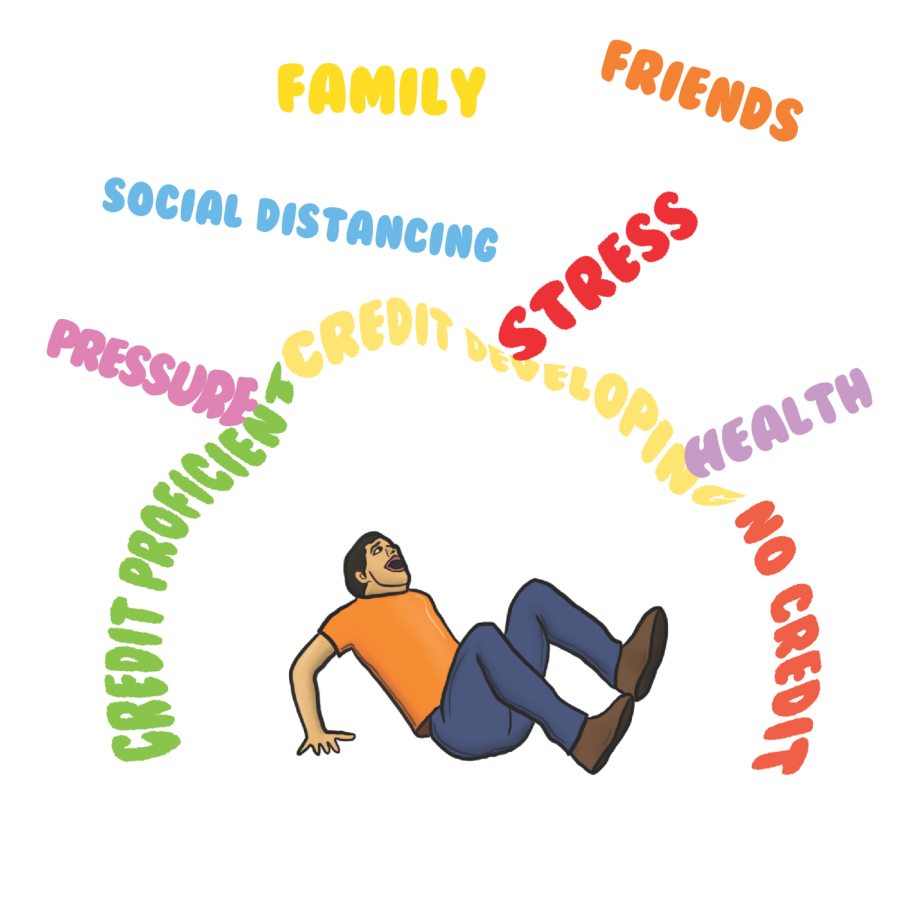 In the midst of the global pandemic, classes have transitioned from letter grades to a credit/no-credit system. The key impact of this decision is that a students’ spring semester performance will not be calculated in their overall grade point average (GPA). At Gunn, a student’s performance is evaluated in three ways: Credit-Proficient and Credit-Developing, which indicate that a student understands the material or is developing an understanding of the material, and No-Credit, which is given when the student either did not demonstrate their understanding of the material at all or did not complete the assignment altogether. Since its implementation, there have been many concerns surrounding student motivation and work ethic. On top of that, there have also been many complaints from Palo Alto Unified School District (PAUSD) parents who criticize the lack of transparency in the execution of the system. Despite all these concerns, this system decreases the extraneous stress students receive from letter grades, which, given the severity of COVID-19, should be the first priority.

Across the wide spectrum of incentives for students to learn, a significant portion is driven by the letter grade. With the fundamental change in the grading system, disincentivization of hard work among students remains one of the primary concerns. One trait of the credit/no-credit system is that it does not differentiate between students that have a high level of understanding of the material and students that only obtain a surface-level understanding. With classes transitioning to credit/no-credit, many students may be less motivated to do their best, and more students will fall back to doing minimal work. As a result, the quality of education received will take a substantial hit. Beyond that, many courses are prerequisites to others; when students don’t understand the material very well this year, they will likely have more difficulties understanding more intricate and complex material the following year. In particular, the math lanes are designed to build off of one another, and the quality of understanding that a student will be motivated to obtain during this time will be significantly lower, making it difficult for them in the more advanced math classes in future years. Additionally, parents have raised concerns about the superintendent’s lack of transparency regarding the transition. As the transition to credit/no-credit was a unilateral decision that was never voted on by the school board, there were many criticisms centered around the process and decision, citing a lack of student and parent input on the real-world implications of the policy.

While all these concerns are well-warranted, one must also recognize the extraordinary character of the current situation. While online learning and credit/no-credit are not perfect, students are also less strained and less worried about taking tests and understanding complex material virtually, given that direct instruction from teachers is much harder now. Teachers are doing their best for their students during this time, but it’s important to acknowledge that learning will just not be the same. Transitioning to credit/no-credit will alleviate parts of the stress many students get while studying immensely for difficult courses during a normal school year. Furthermore, many Gunn students will still be working hard to study for the modified Advanced Placement (AP) tests, ensuring that they still learn from home. Beyond that, the credit/no-credit system has been implemented throughout the country, which demonstrates that the vast majority of schools have already seen past the potential flaws of the system. While the transition could have been smoother, Gunn has already handled this situation well by prioritizing the mental health of its students, allowing them to focus on their family, friends and other pressing issues rather than achieving a high letter grade.

In the end, there are still many students that will continue to work hard despite only being able to receive a “credit-proficient mark,” and, with AP tests still happening virtually, there are additional incentives to study and prepare for the following years. Overall, while there are many deficits associated with the credit/no-credit system such as the disincentivization of hard work and the lower quality of education students will receive, the extremity of the situation that we are experiencing makes it so that the transition will likely decrease stress for students and staff during this difficult time.