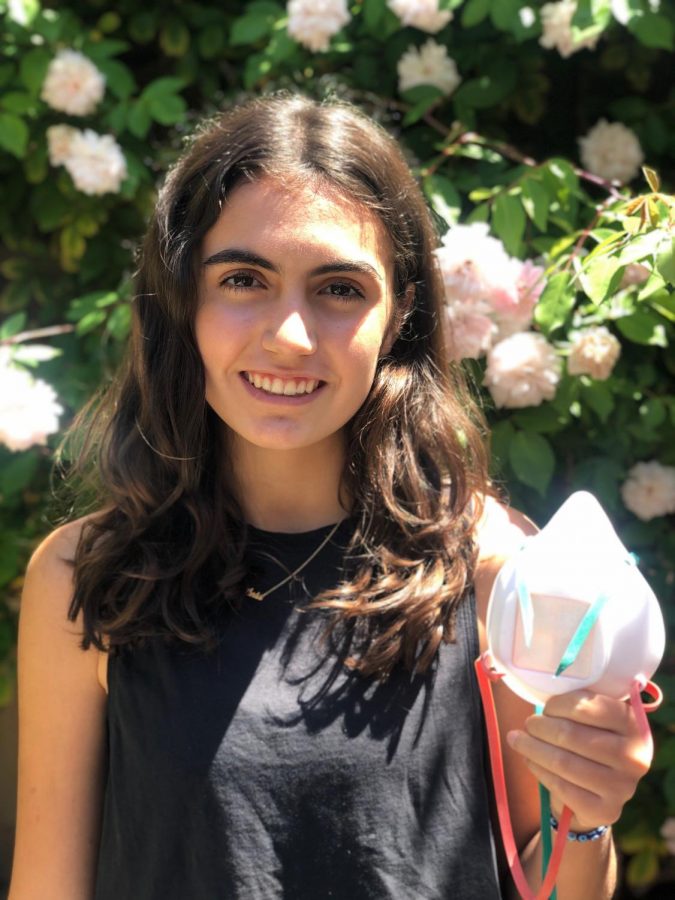 In the weeks following school closures on March 13, many students have begun group initiatives to bolster the Bay Area community during the global pandemic. From 3D printing face shields to simply displaying signs of support, students have sought a variety of ways to connect with hospitals, neighbors and vulnerable residents.

Following the announcement of school closures on March 13, junior Thomas Li recovered from the astonishment and found the need to act. “I knew that I wanted to do something meaningful,” he said.

Along with junior Joshua Yang (Yang is also the Editor-in-Chief of The Oracle), Li founded the Facebook group “Gunn Cares” to help the elderly by running errands. Within the first week, more than 200 students signed up.

They volunteered all kinds of services: walking dogs, buying groceries, babysitting—anything to prevent the elderly from venturing outside. Others simply extended words of solace amid the chaos. “Some people are just offering a voice, or a friend to talk to during this time,” Li said. “It can get pretty lonely, especially for elderly people.”

With time, the Facebook group grew in membership and publicity. Recognition and praise from the Parent Teacher Student Association and the Palo Alto Unified School District contributed to an influx of parent volunteers. “It was really heartwarming to see that [our group] was making a difference and that people were applauding these efforts,” Li said.

Gradually, Gunn Cares adopted another role as a platform to publicize outreach projects and initiatives. Other organizations came forth, posting news on how they were supporting the community and attracting volunteers via the Facebook group. Many were preexisting associations that had redirected their efforts toward a new purpose in light of the pandemic; among them was the teen-founded, teen-run makerspace MakeX Palo Alto.

Founded in 2013, MakeX Palo Alto typically meets weekly to design and build projects at a workshop open to the public. However, once the novel coronavirus hit, the decision to join an international movement and 3D print personal protective gear was straightforward. “We have the combination of actual physical machines and this network that we can tap into,” MakeX president senior Yonatan Maor said. “It was kind of like the stars aligned. We had the perfect ability to do it, and there was no excuse not to.”

In what Maor described as an “aggressive marketing campaign,” the organization reached out to the network of potential 3D printer owners via email, social media and personal connections. Innovators of all ages, from middle schoolers to Gunn alumni, responded to the call to action. “We’re not just one makerspace; we’re an entire community of people printing these parts,” Maor said. “Instead of having just our four 3D printers running in parallel, we have hundreds of 3D printers all around the Bay Area.”

MakeX is currently producing up to 600 face shields every three days. With about 560 contributors across the Bay Area, their movement has produced more than 31,000 face shields. “This is what we do,” he said. “At the end of the day, we’re a community of nerds. We’re really good at getting together and doing this kind of stuff: 3D printing, designing, debugging. A lot of people have come out to work towards this common goal.”

In another area of the community, several close friends banded together to begin the Essential Heroes Campaign. According to member sophomore Inés Garcia, the Essential Heroes Campaign supports all essential workers. Recently, the group donated 100 masks to farmers in Fresno and the neighboring Ravenswood School District. “We really strive to help people who aren’t really being seen,” Garcia said. “When we think of essential workers, we typically think of doctors and nurses, but nobody really thinks of these people, like the farmers.”

The group has also put up signs around Palo Alto to publicly appreciate essential workers. In an ongoing project, they hope to cater food for hospitals by partnering with struggling local food vendors like taco trucks. “It’s a great way for them to get revenue and for doctors and nurses to get a bite to eat,” Garcia said.

The overwhelming amount of support has been inspiring for Garcia. “Currently, we’ve raised over $2,000 to help pay for [the 3D printing material] and continue providing for these underserved communities,” she said. “We have people reaching out through social media; we have people connected with [Youth Community Service]. It’s amazing. Everybody’s driven, and everybody really cares.”

According to Li, the motivation is simple. “There are a lot of people outside who are really impacted by this, and we’re in a position where we can help them out,” he said. “To the extent that we can do that while protecting them, I think it’s important that we reach out to the community and maintain this positive mindset.”