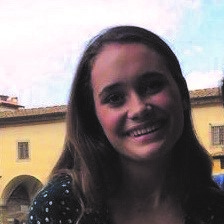 The shelter-in-place orders in response to COVID-19 have altered the daily lives of many. Online school has given students the chance to completely rewrite their schedules, especially for senior Charlotte Macrae.

Due to the fact that the senior class missed out on a significant part of their last year of high school, Macrae often stays up late FaceTiming her friends who will soon leave for college. According to Macrae, at around 10 a.m, she has breakfast with her older sisters before a 10:45 a.m. tutoring session via Zoom call. For her, these Zoom meetings provide a sense of stability in her daily routine. “[The Zoom meetings] create a nice feeling of routine during this craziness,” she said.

Then, she usually completes the assigned Required Online Learning Experiences outside, while spending time with her family. According to Macrae, she prefers to do her work outside due to the sunny weather Palo Alto has been receiving. Prior to sheltering in place, her family purchased a Peloton bike, which Macrae now rides daily for about an hour and half in addition to Chloe Ting circuit workouts and other YouTube tutorials. Running has also made its way into Macrae’s daily exercise, as it has become a fun way to stay active while also allowing her to track fitness progress.

While there has been much negativity flowing around due to the current policies, Macrae prefers to focus on the positive aspects of the shelter-in-place order. At the moment, Macrae has just finished the seventh book she has read during quarantine, and will begin her eighth. “This quarantine has been nice in some ways because it has given me time to read again which used to be my favorite thing in the world,” she said. “They have been keeping me very entertained and provided a great sense of escapism.”