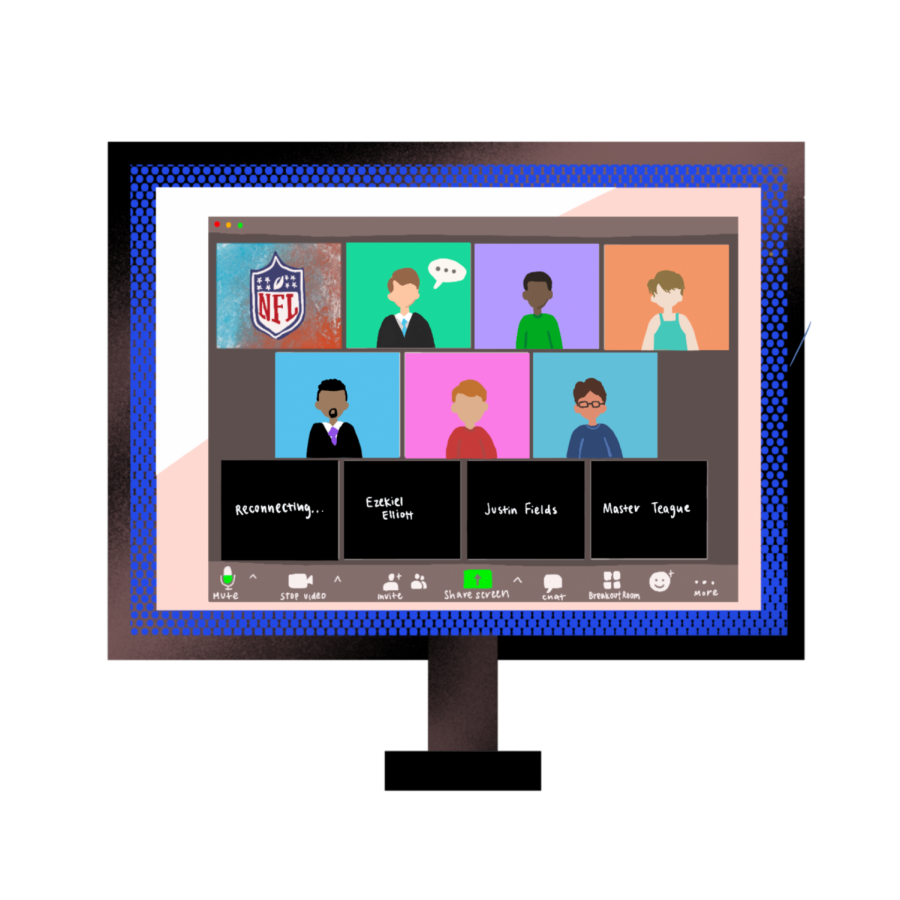 The annual National Football League (NFL) draft took place April 23 to 25, despite the circumstances caused by COVID-19. However, teams and prospects were forced to stay home, resulting in a virtual format.

Every year, NFL teams get the chance to select the best and brightest athletes in college football. There are seven rounds, in which each team has one pick to select the player of their choice.

This year’s NFL draft was the second professional draft held virtually, following the Women’s National Basketball Association draft the week prior. Despite the event prompting concerns regarding call security and connection issues, the draft ran through surprisingly smoothly for such an unprecedented situation.

The Cincinnati Bengals drafted former Louisiana State University quarterback Joe Burrow with the first pick, who just had one of the most successful football seasons from a college player in history.

The local San Francisco 49ers, after a triumphant season and a Super Bowl appearance, had two valuable first round picks. With these picks, they selected Javon Kinlaw, a defensive tackle from University of South Carolina with the tenth pick, and traded up from the 31st pick to 25th to select Brandon Aiyuk, a wide receiver from Arizona State University. Kinlaw will greatly boost the 49ers already top tier defensive line, replacing Deforest Buckner who was traded away several months ago. Aiyuk will join the young but talented receiving corps that recently lost Emmanuel Sanders; he will star alongside Deebo Samuel, one of the top rookie wide receivers from last season. The 49ers already have one of the most talented teams in the NFL, and added more weapons to their teams through the draft.

Despite the concerns due to COVID-19, the NFL draft was able avoid any hitches, and set a precedent of future events that may happen online. In the coming months, fans hope to see the return of live sports, with or without restrictions.