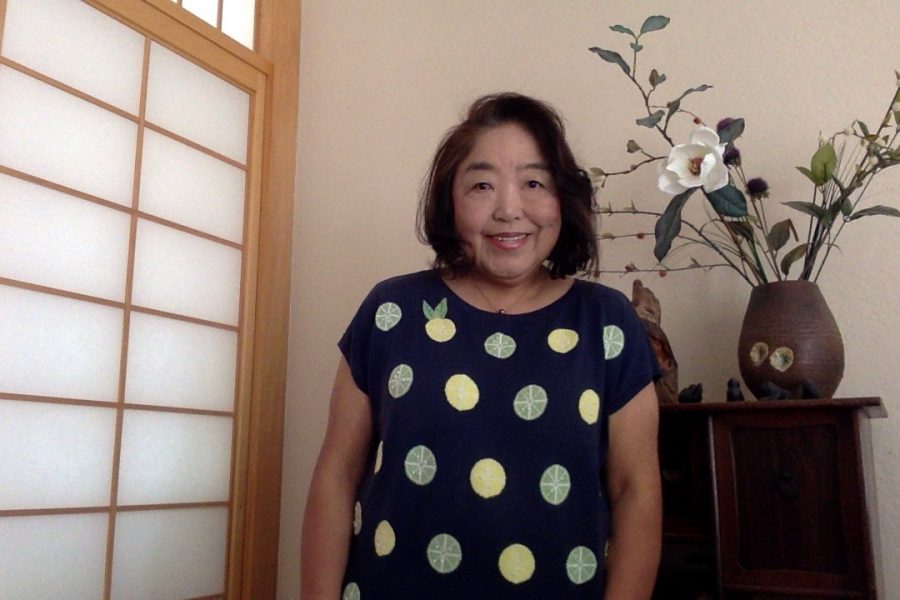 Hikida didn’t always know that she wanted to be a Japanese teacher, however the lack of diversity in her children’s public schools spurred her to look into teaching. ‘’When I volunteered in my sons’ preschools and elementary schools, I realized there wasn’t enough diversity at public schools.” she said. Hikida also wanted her children to take ownership of their culture. “I tried to raise my boys to be bilingual but my older son didn’t like me speaking Japanese in front of his friends,” she said.  I really wanted my sons to be proud of their mom’s heritage, so I decided to become a Japanese teacher at a public school’’.

Though Hikida’s departure from Gunn is nearing, she still cherishes all of the memories that she had teaching. She recounts a memory that she is particularly fond of. ‘’ While I was teaching a class, a student called me ‘Mom’ when he needed my attention for his question,” she said.  “He meant ‘Sensei’. Everyone in the class was surprised and looked at me for my reaction.  I said, ‘Yes?’  Then we all laughed.  Unconsciously he felt very close to me as if I was his mom.’’

Despite all of the memories she made teaching, Hikida looks forward to her retirement. She plans  to spend more time pursuing her hobbies. “I love arts, painting and ceramics especially,” she said.  “I would like to focus on making more art.

Yet even as she says  goodbye to Gunn, Hikada will always be appreciative  of the students and staff that made her time here special. “When I started teaching, I thought I wanted to teach Japanese language and culture to teenagers in the [United States],” she said.  ‘’I felt like I’ve spent 27 years at a great American high school and I am graduating to face a new world’’.