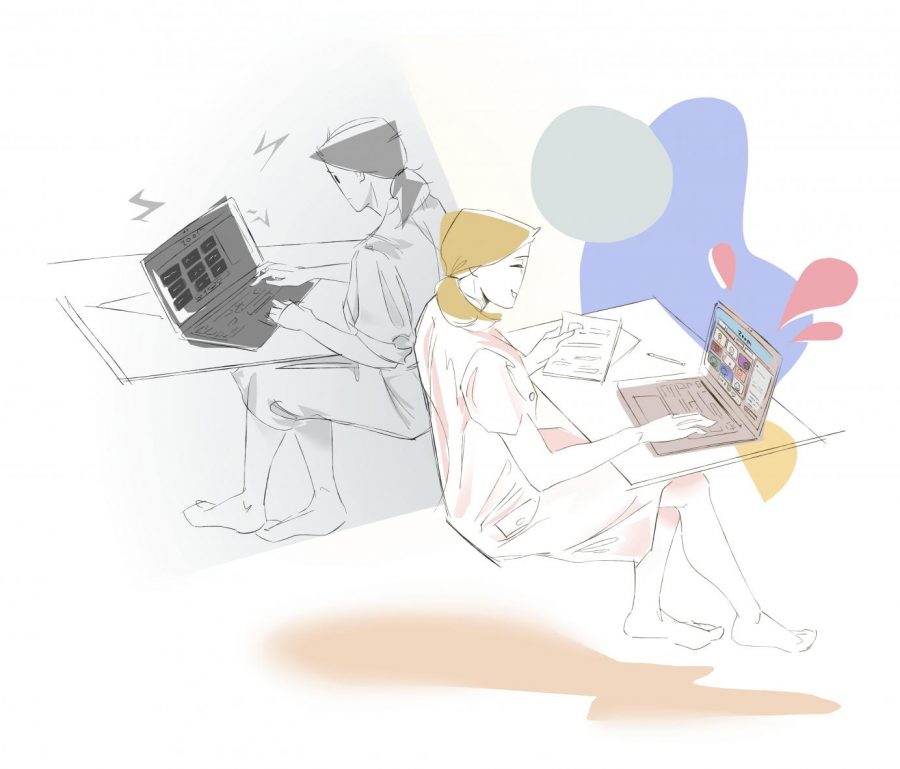 Many students have found difficulty in the transition to virtual learning. After all, thanks to issues with Wi-Fi, audio and Zoom itself, not to mention the barrier that comes with conducting school remotely, learning has become more challenging. Students, however, aren’t the only ones struggling—teachers, like English teacher Terence Kitada, are similarly having trouble.

For Kitada, being placed in a new environment has created its own share of problems. “I think the [challenge] that is giving teachers the most trouble is trying to translate some of their traditional classroom activities and lessons into an online format,” he said.

Kitada, like his students, misses the daily, physical interactions that distance learning has made impossible. “One thing that’s really hard to create over Zoom is a sense of community and camaraderie,” he said. “In a regular class, students come in at all different times. I can walk around my class, or I can stand at the door and have small talk. I think that that is reduced over Zoom.”

His curriculum has also had to change pretty drastically, due to the shortened schedule. “In terms of content and curriculum, I’ve had to cut a bit,” he said. “In one of my classes I had to cut a whole book, and other things I normally would do.”

Kitada has found that students are reluctant to participate in a virtual format, which can lower the quality of group discussions.  “With Zoom, I think students are more hesitant to unmute themselves and contribute; breakout rooms don’t always make for great small group discussion,” he said.

Still, he has learned to make adjustments. He’s found that his students have benefited from a change in workload, and changed assignments accordingly. “I’ve noticed for some reason—it might be because it’s in a different format or maybe students are at home so they feel more distracted—but I find that some of the activities or homework I assign takes a lot longer to do,” he said. “I’ve decided to reduce assignment load in general.”

Moving forward, Kitada believes that a hybrid model of both synchronous and asynchronous learning could help students that have experienced Zoom fatigue.“It seems like not all students and teachers want the 100% synchronous system,” he said. “So maybe we could try to figure out different ways to have a hybrid model.”

Despite the drawbacks of distance learning, Kitada has found a silver lining. “Attendance has gone way up, and tardiness has gone way down, which is very helpful as a teacher when I can start my lessons on time and when more students are there in class,” he said. “I don’t have to spend as much time catching people up or answering emails about what people missed in class, so that’s been nice.”

Ultimately, Kitada feels his priority as an educator is to provide the highest quality education to his students. “It makes me feel sad that a lot of what students expect and want got lost during the pandemic, so I’m trying my best to recreate that energy and passion that I would have in the regular classroom, on Zoom,” he said.