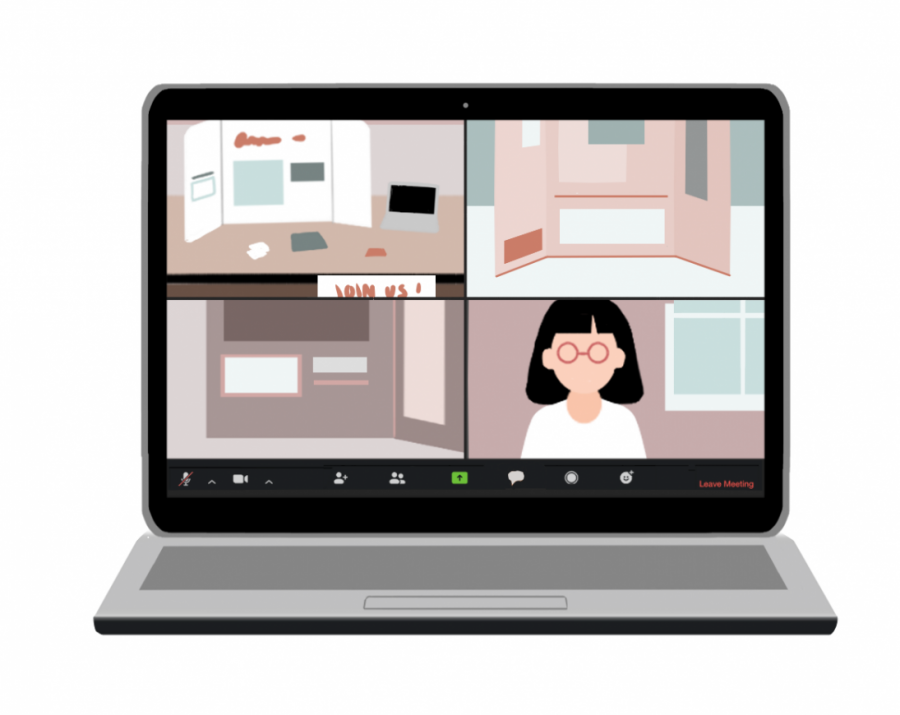 Due to social distancing regulations, the annual club fair this year will undoubtedly be different. Traditionally, the club fair has been set up in the Senior Quad, giving students the opportunity to walk around and scout out clubs to join. This fall, however, the club application process, club fair format and operation of clubs has had to adapt to current circumstances.

Senior Kelly Wang, the co-president of both the American Cancer Society and Neuroscience clubs, noted how the current club application process differed from previous years—after all, in years past, parts of the application paperwork were physically turned in. “For the [club] charter form, it’s a Google form where we say our club, and we have to give names of our vice president,” Wang said. “And then we have to talk about our club purpose and how we keep track of meeting minutes, so basically everything that we include in our club constitution.”

Wang said that the most stressful part of this year’s application process was finding an advisor for her clubs. “I think normally it would be easier to find an advisor,” she said. “But the issue this year is that we’re all on distance learning. A lot of teachers are actually more busy. They’re at home and maybe they have kids to take care of, or they’re just getting used to the online format. So a lot of teachers aren’t available.”

ASB vice president Charlize Chu stated that the club fair will have an unusual format this year. “What we did this year was we asked clubs to send in a promotional video of their club that was about one minute long,” she said. “And then what we’ll do is we’ll publish it on the Gunn SEC YouTube channel and we’ll have organized playlists of the clubs by the day they meet. Within each of those playlists, clubs will be alphabetized, so the students can access them easily.”

Students will watch those videos during Gunn Together on Wednesday, Sept. 23, according to Chu. Then, during lunch, club presidents will have a Zoom meeting that students can join if they have questions about the club.

Wang worries that with this new format, students will be less inclined to watch the videos and show interest in clubs. “When it’s online, you have the option to do something else and not watch the videos,” she said. “So I hope that people look at the videos, but I do think in-person club fair would be easier.”

Chu also expressed concerns regarding student engagement in a virtual club fair. “In terms of virtual events, more people are not as inclined to go to them,” she said. “They can say, ‘Oh, it’s not as fun or it’s just very different.’ I honestly don’t know what the participation turnout is going to be.”

Wang explained that the meeting content will be different now that everything is on Zoom. “As for what we’re going to do during meetings, we hope to bring in guest speakers, because guest speakers are usually hard to come by,” she said. “But I feel like with the online format it might be easier because they don’t need to account for travel time.”

Chu echoed Wang’s viewpoint, adding that COVID-19 will prevent clubs from doing most of their normal activities. “I feel like, due to COVID, many of the clubs won’t be having events, which are usually pretty important to a lot of our clubs,” she said. “That social, interactive portion was what gave clubs personality. Many clubs now can’t go to conferences, can’t go on trips and can’t go explore in person together.”

Clubs will be running during lunch or after school, according to Chu. There have also been questions about whether clubs will be happening during Gunn Together, an option Chu is unsure of. “When I was looking through the application submissions, most of them either started during lunch or after school, but Gunn Together is a possibility,” she said.

Wang offered advice for students despite the changes and uncertainties. “To every student, please join clubs,” she said. “I think now that we are in school, it’s really, really hard to be engaged with school activities. I hope that people join clubs because, as corny as it sounds, I think it’s a really good way to find your interests.”