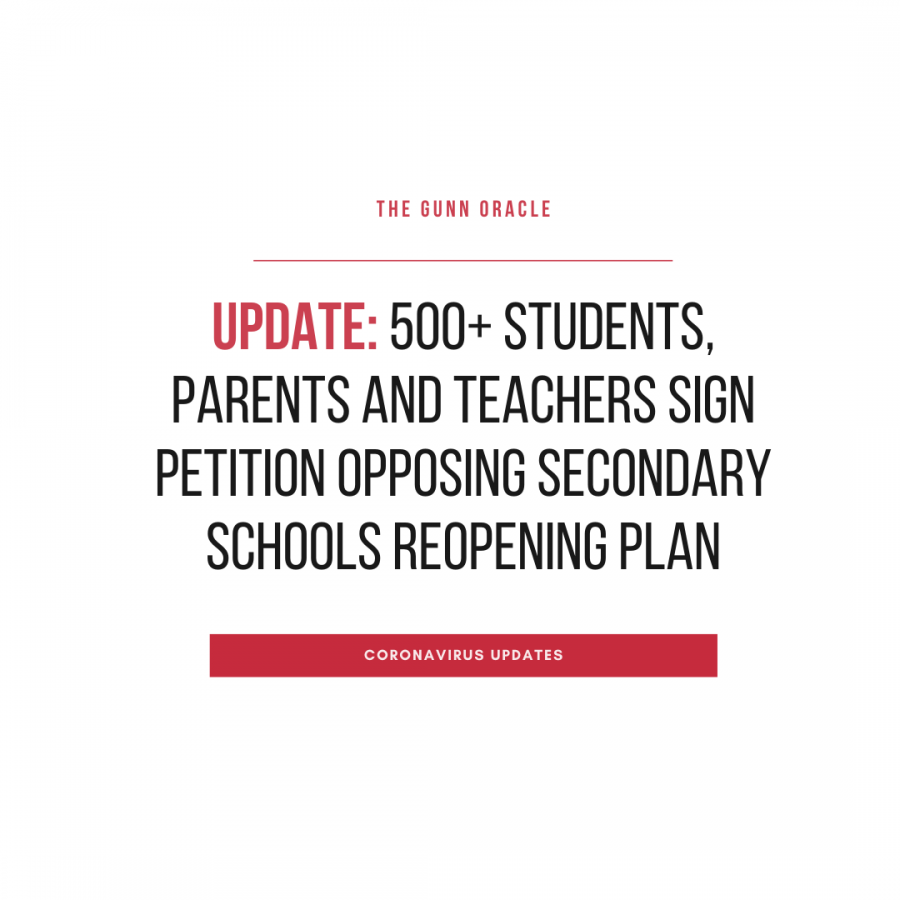 As of Monday afternoon, the letter had garnered over 500 signatures, mostly from students, along with PAUSD teachers and other community members. Many of the signatures included comments asking the district to reconsider the plan, given the effects on safety as well as logistics that make the plan harmful. “If the vast majority of the people you’re representing don’t want [reopening] to happen, why are you pushing it through?” senior Nessa Kmetec wrote, directly addressing PAUSD school board members.

The letter focuses on four major concerns: the safety of faculty and families, disruptions to students’ schedules, inadequate support for student needs and a lack of student and teacher input in the decision-making process. The letter also provided alternative reopening approaches and student supports for the board to consider, including expanding the PAUSD+ program, offering occasional onsite opportunities while preserving distance learning and creating a new reopening plan at a later time.

The board has not yet issued a response to the petition.