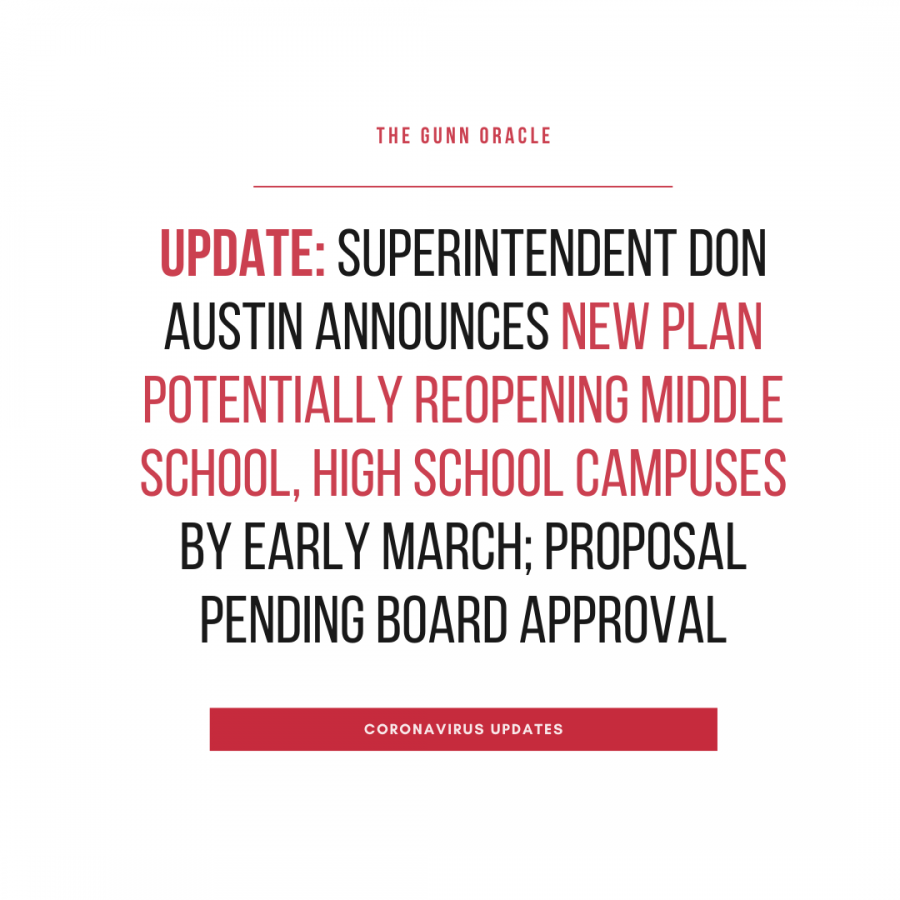 Palo Alto Unified School District (PAUSD) Superintendent Don Austin announced a revised reopening proposal at Tuesday night’s school board meeting that could have 7th to 12th grade students returning to classrooms as soon as early March. For students to be able to return in-person, Austin said, Santa Clara County would have to be in the red tier of California’s COVID-19 tracking system for at least five days. Currently, the county is in the purple tier.

According to the plan, which Austin stressed was drafted with the support of the teacher’s union, the student body at each secondary school will be split up into two groups alphabetically; each group will be assigned two days of the week where they can attend Zoom classes while physically on campus. Attendance will be voluntary on a day-by-day basis, and students will be able to choose whether or not they attend classes on campus or at home on any assigned in-person day. According to the superintendent, the plan will not lead to schedule or teacher changes for students, and the Mondays will remain virtual.

During his presentation of the reopening plan, Austin also stressed the fact that he was “aggressively” moving to implement COVID-19 testing procedures and that this plan would only apply to the spring 2021 semester.

The new plan unveiled Tuesday night was different than the district’s original plan to reopen secondary schools. Previously, only English and social studies classes would have been permitted to return in-person, and attendance would have been mandatory instead of on a voluntary, day-by-day basis. The original plan was scrapped in mid-November, however, following Santa Clara County’s move into the purple tier.

This is a developing story and will be updated as more details become available.

Correction: a previous version of this article stated the plan is pending board approval. Because the board has already approved a version of the reopening plan, the plan will be allowed to proceed without a board vote.