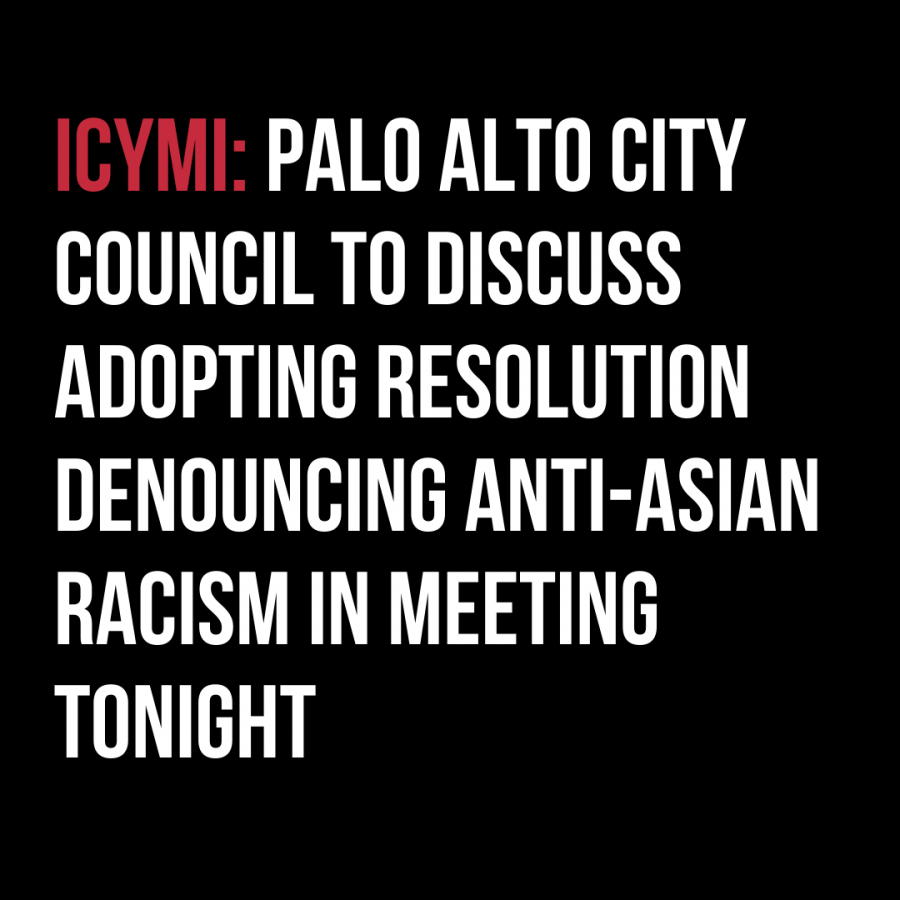 On Monday night, the Palo Alto City Council voted unanimously in favor of preparing a resolution responding to the recent acts of violence and discrimination against Asian Americans and Pacific Islanders (AAPI). The resolution, which the council has yet to define in specific terms or vote on, will combat hate crimes against all races through increased education, intervention and awareness of the police task force on hate crimes. According to a Palo Alto City Council memo, the resolution will also “advance inclusion and belonging for people of all races, national origin and ethnicities.”

At the meeting, many community members and students spoke out against recent events—in particular, the mass shooting in Atlanta—and expressed their support for a possible resolution. “As a community, we cannot rely on others not having a bad day to feel secure in the various cities we lived in our whole lives,” junior Micaela Leong said.

Gunn alumni Alan Yang, too, reflected on the lack of security many AAPI community members have felt while following these events. “It is difficult for me to feel safe in a community that I’ve grown up in my entire life,” he said.

Community member Bing Wei acknowledged these issues, encouraging action to be taken by everyone in the community. “The shooting in Atlanta was a wake up call [for all of us],” Wei said. “There is more [that] we can do to connect all our minorities, immigrants and diaspora communities.”

Beyond recent events, however, the council is pushing for education and programs against all forms of racism. Councilmember Greg Tanaka expressed his interest in enforcing a countywide force to prevent and respond to hate crimes against Asian Americans and Pacific Islanders. The council is also encouraging educational programs to educate students and community members about hate crimes and systemic discrimination.

Community member Arma James argued that these measures should make our city more inclusive and upstanding. “We have to have a standard as citizens to be able to intervene anytime we see racism against any other community member,” James said.