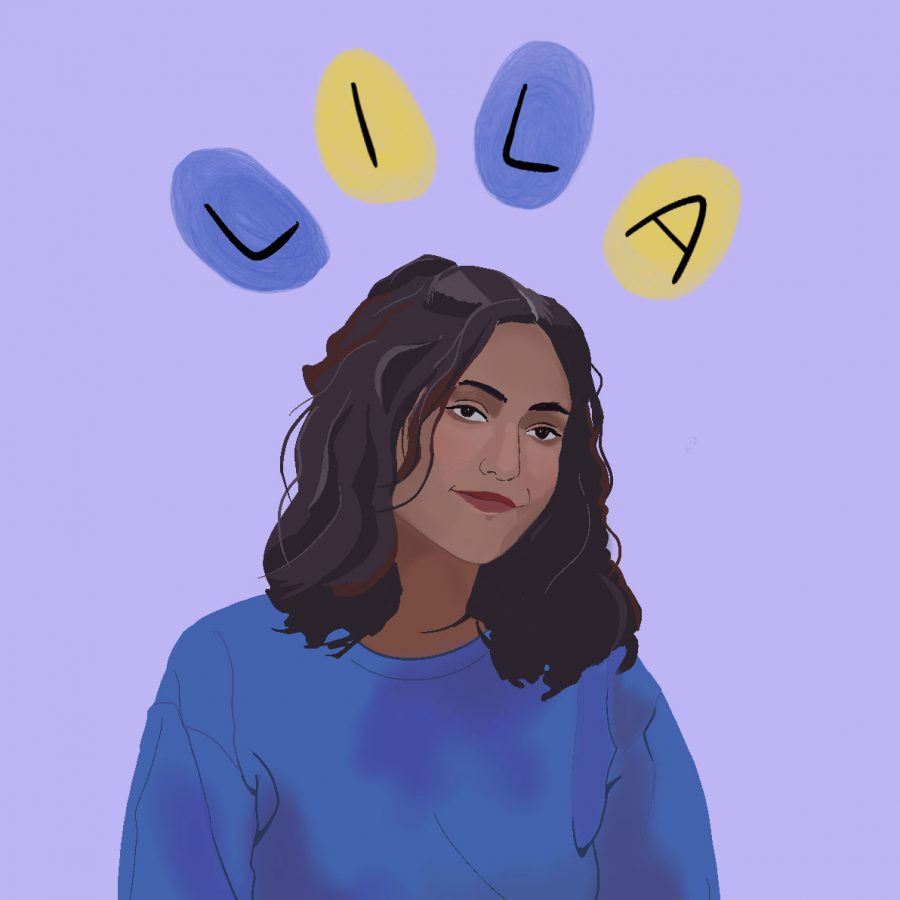 Senior Lila Sanchez’s name is blue and yellow. “The l’s are blue, and then i’s and a’s are yellow,” she said. “Pretty much all of my vowels are yellow except for o, which is black.”

Sanchez has a rare sensory condition called synesthesia, which affects 2 to 4% of the human population, according to the National Center for Biotechnology Information. In a nutshell, synesthesia, which is Greek for “to perceive together,” involves crossed sensory information. More specifically, Sanchez has grapheme synesthesia—she associates words, numbers and letters with specific colors that she sees in her mind’s eye. Monday is watermelon red. Three is blue. Q is turquoise. On top of that, seasons, months, numbers and days of the week also have visual-spatial representations for her. Winter is in the back of her head, while summer is in the front. Numbers follow a staircase pattern.

While this might seem like an anomaly to others, Sanchez has always perceived the world this way. “It’s always there,” she said. “If I’m reading a book or a street sign or anything that has words on it, my mind associates it with the color.” Her everyday sensory experience was so constant that she assumed it was normal. In fact, it wasn’t until a sixth grade presentation that she found out about synesthesia. “[The teacher] was talking about how people read colors and listen to colors,” she said. “I was like, ‘Wait, I do that. Is that not normal?’”

After conducting some personal research, Sanchez confirmed that she did, in fact, have synesthesia. From then on, it became something to share; positive interest from classmates and friends encouraged her to be more open about her experiences. “Last year, in my philosophy class, we were talking about what color means to different people, and somehow I mentioned that I had synesthesia,” she said. “For the next 45 minutes, everyone in the class had their hands up, and I sat at the front of the table answering questions about it.”

For the record, she doesn’t mind the questions. Joining the synesthete community has also allowed her to ask her own questions about the spectrum of synesthesia. “I didn’t know that almost everyone who has synesthesia sees the months in a circle and sees the weekdays in a circle,” she said. “I was like, ‘I do that! I see it!’ Mine goes clockwise, and I heard that some people’s go counterclockwise.”

While it has given her solidarity to compare a unique aspect of her brain with other synesthetes, research has also shown her that experiences with synesthesia vary—a fact that she emphasizes for non-synesthetes. Some synesthetes might feel sounds, see music or taste in color. Everyone’s experience is different.

She hopes to spread awareness about the condition through her creative pursuits like writing and art. To the skeptics, she notes that synesthesia is a real biological phenomenon. “It’s a misconception that [synesthetes] develop associations over time,” she said. “In reality, it’s not something that we can control. I could paint as many pink letter L’s as I want all over my room, but it’s still going to be blue in my head.”

Ultimately, synesthesia is not just something for show. It’s a part of Sanchez’s lifestyle and her identity, and it has its perks and drawbacks. To her, having synesthesia has improved her memorization the most; she can simply slot a friend’s birthday into her visual calendar. At the same time, however, she might easily mix up new vocabulary words with similar colors. Similar confusion in math can lead to unforced slip-ups, like writing an eight instead of a four because they’re both yellow.

Despite it all, Sanchez doesn’t consider synesthesia to be a disease, disorder or shortcoming of any sort. “I wouldn’t say that it changed my perception of myself,” she said. “It’s just kind of like a quirky little fun fact that always gets people interested.”