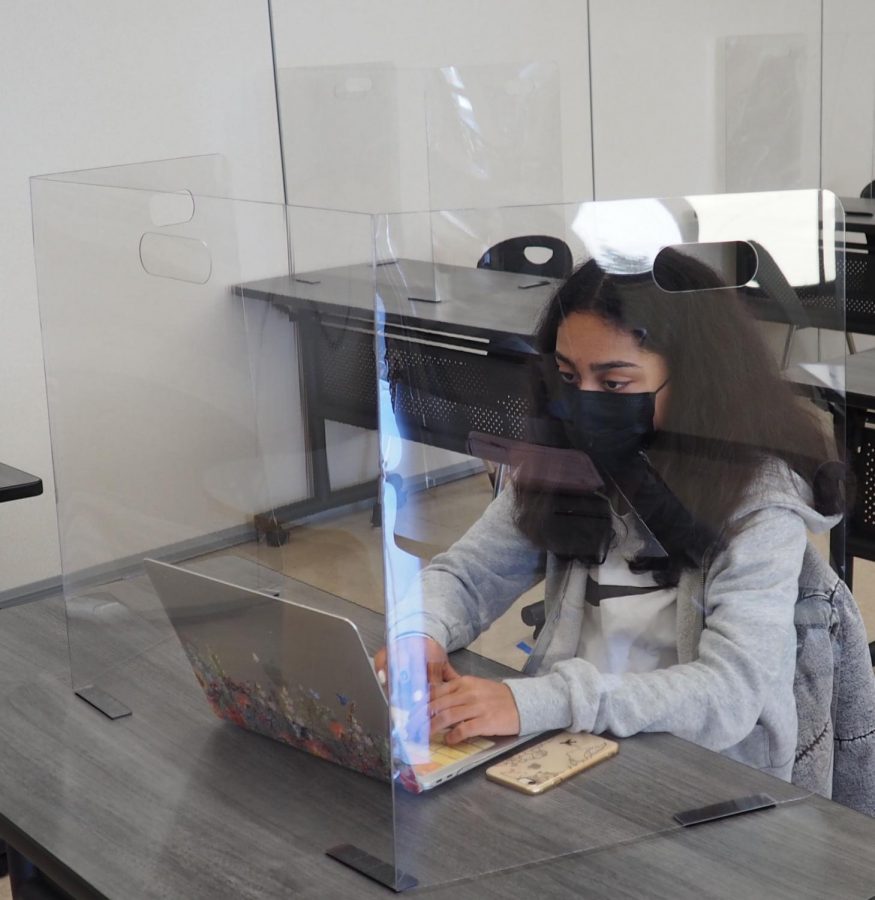 Since March 9, the Palo Alto Unified School District (PAUSD) has reopened its secondary  schools, allowing staff to resume working from campus while giving students the option to attend Zoom classes on campus or at home. The initiative, first mentioned during a board meeting in February, hopes to bring students back onto campus safely.

Sophomore Julia Ng has been one of the few students who have attended classes in-person since day one. “I’ve really enjoyed it so far,” Ng said. “With a combination of the nice weather and the quietness of the campus, it’s been peaceful and encouraging all at once. I actually prefer being at school, mainly because I’m not very focused at home. In terms of academic success, being on campus really helps.”

Many students have opted out of the in-person learning opportunities, still skeptical over returning on campus. English teacher Terence Kitada and Ng have both seen empty halls and barren classes. “There have been an average of about two students in each class so far, and between classes [the campus] definitely seems very empty,” Ng said.

Despite that, Kitada has enjoyed his time on campus. “It was very nice to see my colleagues and coworkers,” he said.

After unveiling the plan, many students and staff voiced concerns regarding the safety of those taking classes in-person, leading to increased safety protocols. However, many are skeptical over whether they will remain effective if more people return. “I think the safety protocols are really helpful and well enforced, but as more people start to come back on campus, I’m not all confident that it will be just as safe,” Ng said. Kitada echoed Ng, addressing the same concern. “I’m not feeling too endangered if I’m sitting in a classroom with only two kids,” he said. “If I were sitting in a classroom with 16 kids, I might feel differently.”