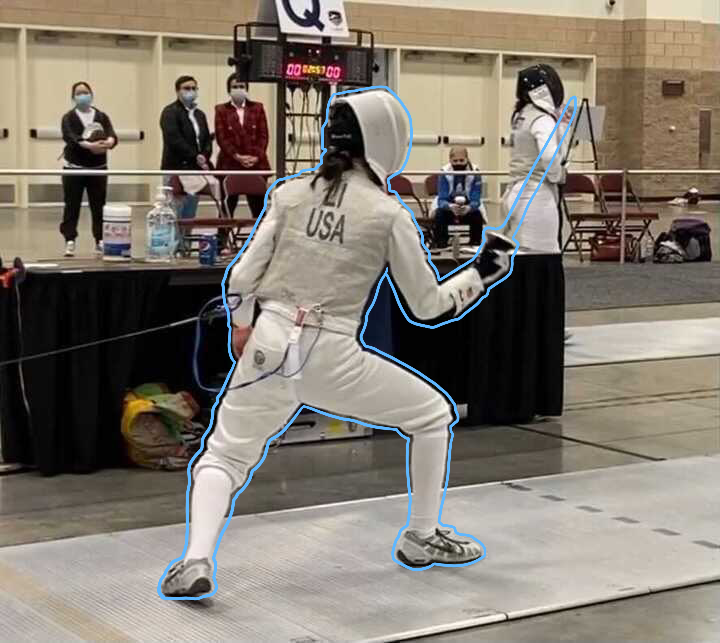 If you’ve ever seen the movie “The Princess Bride,” you are definitely familiar with fencing. Contrary to the movies however, fencing isn’t just exhilarating sword fights, according to junior fencer Phoebe Li. There are three types of traditional fencing weapons: épée, sabre and foil. Li has been a foil fencer for eight years, which means she fences with the lightest weapon and has the smallest target area.

Li’s favorite thing about fencing is how the sport differs with every opponent. “It’s not just something that you prepare a routine for and if you practice enough times, you can get it right,” she said. “Your opponent is constantly changing, so you have to change with them and try to figure out ways to overcome their strategy.”

Fencing has given Li the opportunity to have many memorable experiences. “My coolest moment was getting to fence [Olympic gold medalist] Lee Kiefer,” Li said.

In addition to fencing world-class athletes, Li has also achieved personal growth through the sport. “In Palo Alto, you kind of grow up with the same sort of people,” she said. “With fencing, you have to travel around the country, sometimes internationally, so you meet all these new people. It’s really interesting to talk to them. I’m not the most social person, so it does shove me out of my comfort zone.”

Finally, for those considering fencing, Li has a few pieces of advice. “Know what you want out of the sport,” she said. “There are some people who just fence for fun, and that is a great decision to make. Competing for enjoyment takes all the pressure out of it, and it is a really fun sport. But if you want to compete and expect to do well, don’t set unrealistic expectations. So just know what you want out of it.”