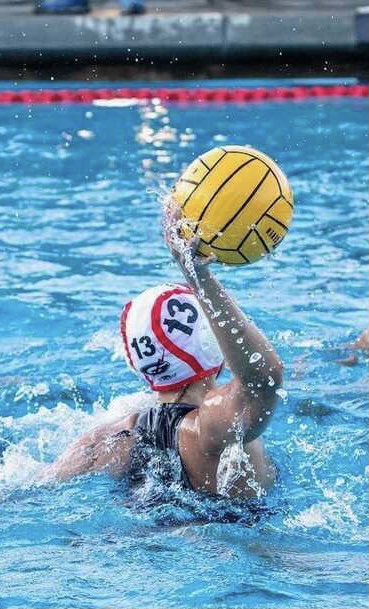 For most athletes, their season ends when the high school season finishes. But for a select few, the season extends to national competitions during the summer. This past summer, girls waterpolo players junior Kenza Ashworth and sophomore Nina Albers played together on the Mayfield 650 16A team and competed at two national events.

The first competition was the Futures competition, a new girls’ waterpolo tournament that was held from June 18 to June 20 in Utah. The competition was invitation-only and had 14 teams. Mayfield was one of just a handful of teams across the nation that were invited. Despite starting as the 12th seed, Mayfield was able to overcome many challenges, finishing sixth overall. Ashworth explains how difficult it was playing in Utah in comparison to California. “The elevation is a lot higher, and it was a lot harder for my team to get used to it,” Ashworth said. “Also, we had to play in indoor pools because they have a limited amount of outdoor space. So it was a lot harder for us to breathe because the ventilation in most of those places was awful.”

The second competition Mayfield competed in was the Junior Olympics (JOs). JOs, a nationwide tournament, is the main waterpolo competition during the summer season. This summer, it ran from July 22 to July 25 in Irving, California. Mayfield got into the tournament through a series of qualifiers against both in-state and out-of-state teams. Although Mayfield started off strong, they ran into some tough competition in the following games and placed 24th, good enough for the platinum division.

Despite Ashworth’s and Albers’ previous experience in national events, the crowds of people watching made it stressful for the players. Albers, a five-year veteran at nationwide events, felt the pressure during the competitions. “It’s always a little stressful because there are a bunch of college coaches there,” she said. “There’s a lot of people watching you, and you’re at these really big pools. But it’s also really fun because you get to see teams from all over the nation and all over your state. For each age group, there are 60 to 80 teams, so it’s really cool to meet all of these new people.”

While the games were harder due to the high-level competition, Ashworth enjoyed it. “Personally, I like club level competition a lot more than high school competition,” she said. “In club [waterpolo], everyone wants to be there. People are a lot more dedicated because you have six to seven practices a week, and you’re training as hard as you can. You also have coaches who specifically put all their time and effort into it.”

For both Ashworth and Albers, this will not be the last time they compete. Both plan to compete until their senior years and love the traveling and the thrill of competition at both JOs and Futures.