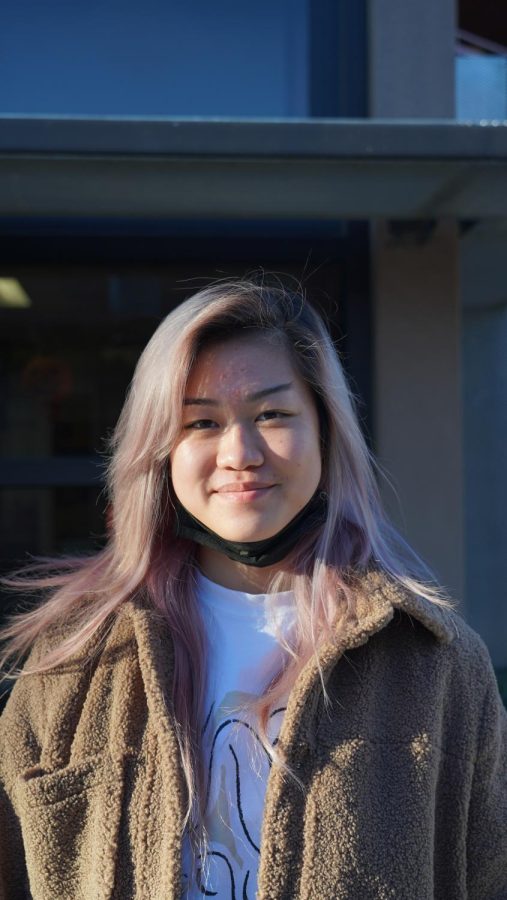 When junior Heidi Purnama began high school, she acted outgoing, silly and kind. In reality, however, she was struggling with depressive thoughts. “I projected a completely different person than who I felt like internally,” she said. “People didn’t know what I was going through, and I didn’t think that it was important for them to know. I didn’t want people to pity me or treat me as if I was going to break.”

Part of Purnama’s depression can be attributed to her disillusionment with art, which had initially motivated her. “For two years, I wanted to be an artist,” she said. “I knew which colleges I wanted to go to, and I was so set on this path that I was already looking at application details. But somewhere down the line, reality gave me a good beating, and I realized it was just a fantasy. Now, I can’t pick up a pen and paper without wanting to throw my supplies on the floor. I’ve forgotten how to draw. With that, I’ve forgotten why I drew in the first place. Something I loved to do has slipped away, but I was too numb to stop it.”

Purnama’s mental state made her daily life feel increasingly robotic and monotonous. “I was just going through the motions,” she said. “I woke up and went to school; after school, I’d have volleyball practice, go home, have dinner, force myself to draw and go to bed. I saw a lot of things as meaningless—school, for one. My depression made me lose motivation to do a lot of things I once loved.”

In the beginning of her sophomore year, Purnama wrote a lengthy, vulnerable letter to her English teacher, Kristen Kim, in response to an introductory prompt for the class: “Tell me something about yourself that most people wouldn’t know.” The letter was the first time Purnama shared her struggles with depression to an adult. “I am struggling, and that’s something most people don’t know about me,” Purnama said in her letter. “I’m struggling to live as myself… I’m struggling to get a grip on life.”

Worried about Purnama’s mental health, Kim alerted then-Wellness Coordinator Genevae Dixon, who reached out to Purnama. Eventually, Purnama sought professional help off-campus. “My first step to recovery was accepting the help that was offered,” she said. “Being open to therapy and talking to my psychiatrist about my feelings really helped me in the beginning.”

Transferring from Gunn to Lydian—a private, personalized-learning-based school—for her sophomore year also assisted Purnama’s gradual improvement in mental health. “Being at Lydian meant that I was in control of my education,” she said. “Learning was at my pace, and I felt more capable. I had great teachers who wanted me to learn and cared about my education and personal life. I transferred back to Gunn this year, but Lydian was a huge part of my recovery.”

During her recovery, there was a shift not in Purnama’s overall philosophy on life, but in her reaction to it. “I used to have this notion of nihilism,” she said. “I’d think, ‘My life, in the very grand scheme of the universe, is insignificant, so it doesn’t matter whether I am alive or dead.’ Now, I’m more of an optimistic nihilist. I still understand that I play a very small part in this world, but because of this, I feel freer to live life however I want.”

After Purnama’s family decided that she was ready to stop going to therapy, Purnama found herself prepared to handle her new freedom. “In the beginning, having a professional psychiatrist was really great for talking through my issues,” she said. “But I realized that there was only so much my psychiatrist could do after she helped me navigate my past—it was up to me to improve myself for the future. After I stopped having appointments, it felt like I could find my own way in the world. I began to feel better a lot faster after that.”

After setting strategies to keep herself grounded, Purnama now feels more stable. “I like to rationalize my feelings by finding a logical explanation for them,” she said. “Most of the time, these explanations are simple: sleep, diet, my period. This kind of thinking helps me keep myself in check and avoid directing anger at myself. I also keep a conflict journal where I write through my problems by identifying reasons for them as well as solutions that I can use to resolve them.”

Purnama hopes that other students struggling with similar problems will reach out for help like she did. “Be honest with yourself and what you think you need,” she said. “A lot of the time, people who are depressed feel that their struggles aren’t enough to ask for help. Depression is an illness with actual diagnoses, but it doesn’t mean that there’s a certain threshold of ‘depressed enough’ in order for you to seek help. Everyone’s situation is different, and I don’t want to speak for everyone. It’s not easy, but I believe there’s always a way out.”