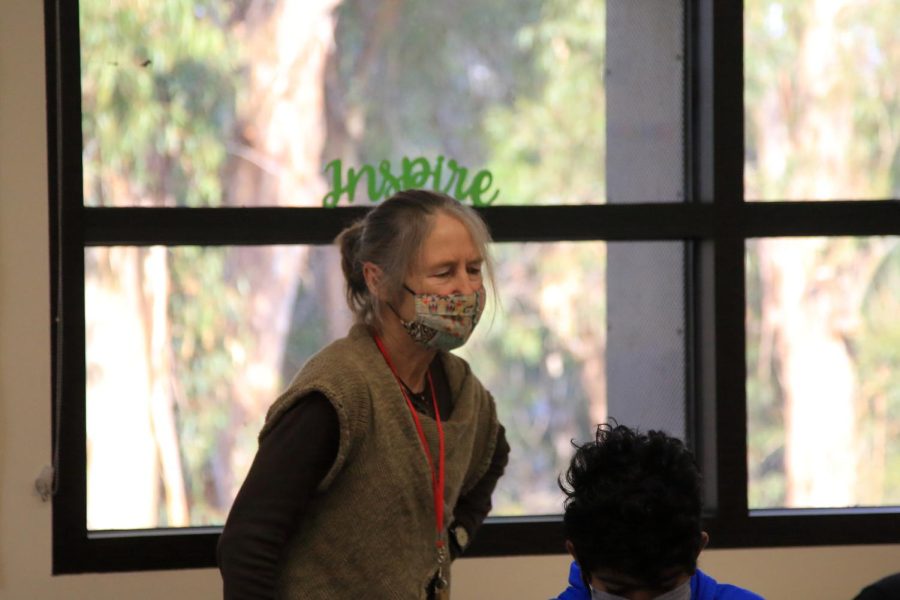 Following the recent Omicron variant surge, the Palo Alto Unified School District (PAUSD) has faced a substitute teacher shortage due to increased staff absences. To continue in-person instruction, the district has implemented new measures to address the shortage, including calling for parent volunteers in the 1 Palo Alto program, raising substitute and teacher salaries and having school administrators cover classes.

PAUSD Director of Certificated Human Resources Lisa Hickey noted that the rise in COVID-19 cases has raised safety concerns for older substitutes, decreasing the number of available candidates. “The district has struggled with substitutes since the beginning of the pandemic,” Hickey said. “But it’s certainly worse now with so many more teachers out.”

Since substitutes are not chosen specifically for each class, however, having a smaller pool to choose from means that substitutes likely have no prior experience in the subject they’re assigned to teach. The lack of substitutes also leads to an inconsistency in teaching style, especially when teachers are out for an extended period of time. Sophomore Dana Kim has experienced this change when her Spanish teacher was absent. “My regular teacher would have a lot more activities between students and more interaction in class,” she said. “But my substitute would just take notes on the whiteboard.”

To combat the substitute shortage and to keep schools open, Superintendent Don Austin announced 1 Palo Alto, a district initiative that calls for vaccinated parent and high school volunteers to help with custodial work, COVID-19 clinic testing, food services and classroom support. In his unveiling of the plan on Jan. 8, Austin expressed that the worker shortage is unprecedented. “Our biggest challenge is staffing right now,” he said. “We can’t keep up: there’s no labor pool, and no amount of money can solve this issue. We need your help. Until the surge passes, we need our community to volunteer like never before.”

The initiative has been successful: in the first two days, over 150 parent volunteers stepped in as classroom aides and front desk workers. According to Hickey, some parents are undergoing training to earn an emergency 30-day substitute teaching permit, which is valid for a year. “We have close to 10 parents who are working through the process, and some are already active subs,” she said.

To encourage teachers to help, the district has increased the hourly rate of teachers who substitute for absent colleagues during their free periods. “We plan on extending the increased teacher pay through the end of February and will reassess this in mid-February,” Hickey said.

Art teacher Jordan King is one of the teachers who has substituted for other classes and found the extra compensation worthwhile. “I want to help teachers who are out due to COVID-19 issues or whatever else because I’m grateful that people came in and helped me out,” King said. “But also, the money is attractive, and I feel like it’s worth capitalizing on.”

PAUSD has also raised substitute salaries to involve high-quality teachers and maintain competitive rates within Santa Clara County. According to the Oct. 19 school board meeting documents, the full day rate for substitutes was raised from $165 to $180, the rate for long-term substitutes (15-79 days) was raised from $220 to $300 and the secondary school resident substitute rate—a new position—was set at $250 per day.

The district’s new resident substitute position works full-time at one site to safeguard against emergency teacher absences. “[Resident substitutes] are not assigned to cover a teacher who calls in [absent],” Hickey said. “Instead, they are used to cover unfilled absences. The resident subs often have a personal connection to the school they are subbing at and are willing to do whatever they need to do to support the school.” School administrators have also stepped in to cover classes when necessary. “During the first week back from break, we had about 20 unfilled absences across the district,” Hickey said. “Everyone stepped in to cover classes, including other teachers and administrators.”

According to Hickey, the district now has nearly all absences filled on a normal day, which minimizes disrupted student learning. Hickey also said that PAUSD is faring better than many around the nation. “I’m hopeful that we’re going to be able to fill all of our [staff] absences in the next few weeks,” she said.

Principal Wendy Stratton echoed Hickey’s optimism. “We’ve been in really good shape,” she said. “We thought [the impact] was going to be a lot heavier.”