Students stay in tune with their artistic expression through music: Sophomore Mariam Kubursi 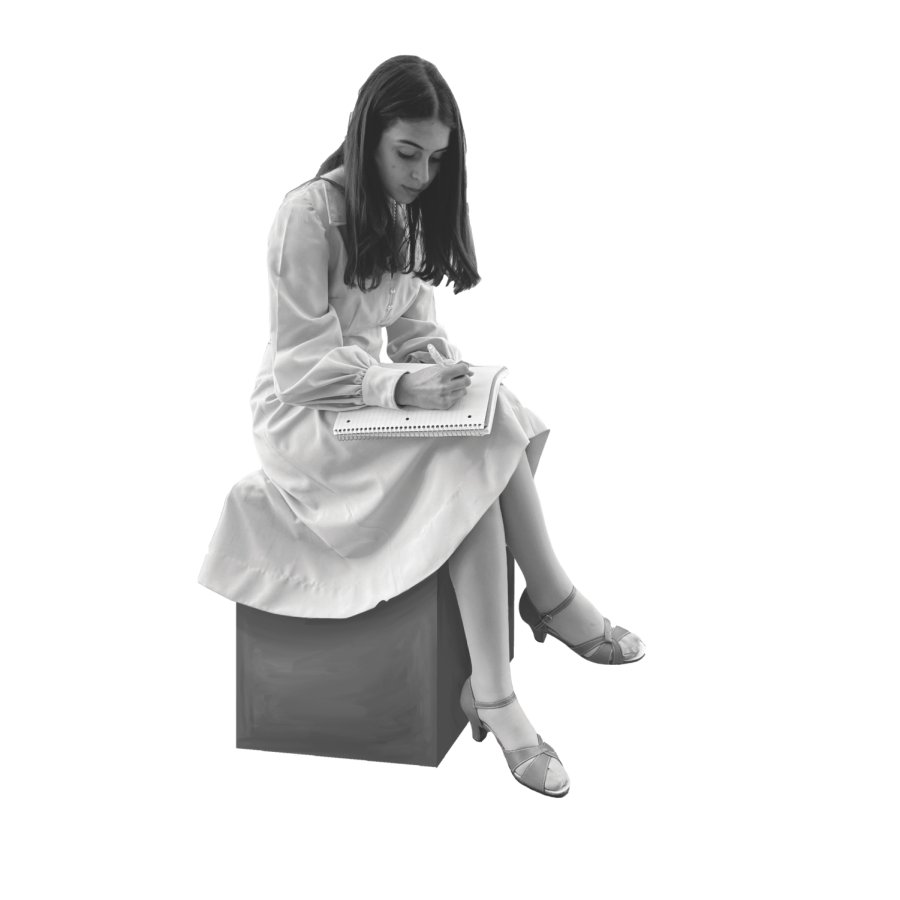 Singer-songwriter sophomore Mariam Kubursi began singing when she was three years old. She quickly found a passion for it and started writing her own lyrics during the early stages of the pandemic.

On most occasions, the lyrics come randomly to Kubursi while washing the dishes or even in the middle of chemistry class. “When random lyrics pop into my head while I’m in class, I write them on my notebook,” she said. “Then, once I’m free, I record it on my phone.”
Her love for sharing her music stemmed from her father, who inspired her to pursue a music career. “[My father] used to sing a lot to me when I was little, and he taught me how to play the piano and other instruments,” Kubursi said. “It was from there that I realized that I really liked to sing.”

She grew up doing voice lessons and soon began participating in singing competitions and performances around the Bay Area. “I hope that one day, I’ll be able to perform my own songs,” she said. Her newfound love for songwriting grew after one of her friends moved away in April 2020. “I wanted to put how I felt into something meaningful to me, and I picked my youth as a theme,” she said. “The words just started flowing.”

From there, she continued writing as a way to express what she couldn’t with speech. “Writing lyrics is what got me through most of lockdown,” she said. “I just started writing what I felt, and that is what music is for.”

The songs Kubursi writes are mixtures of both true and imaginary stories. She carries a notebook almost everywhere she goes to be able to note any melody or lyric that comes to her mind at any time. “I like to make up a lot of stories when writing, so a lot of the time, [my songs] are about things that I make up in my head,” she said. “But other than that, I write on my experiences, and I add on to it to make it more appealing.” So far, she has written around 20 songs and hopes to release an album by the end of this year.

Kubursi enjoys how writing songs usually comes instinctively. “My favorite part [of songwriting] is the fact that song lyrics and melodies come naturally, and I don’t really have to think about them for too long,” she said.

Although Kubursi notes that songwriting is an outlet for her emotions, it isn’t always easy. If she works on a song for a long time, she starts to lose the meaning behind it. “If I’m not really feeling what I’m writing anymore, the words don’t flow naturally and it’s way harder to write,” Kubursi said.

In order to solve this problem, Kubursi has decided not to dwell on one song idea for too long. “You can’t think about [song ideas] too hard because if a song starts and it’s not really finishing, just let it go for some time and come back to it later,” she said.

Through trial and error, Kubursi has developed her songwriting skills and decided to share her tips and tricks with the student body. In January, she founded Gunn’s Songwriting Club, which meets every Wednesday at lunch, to offer more insight on lyric writing. “I really want to share with other people how to put their emotions into song form,” she said.

Kubursi believes that everyone is capable of writing song lyrics—they may just need help getting started. “Once you have something that really means a lot to you, it’s very easy to write about it,” she said. “It can make a catchy tune for other people to listen to.”