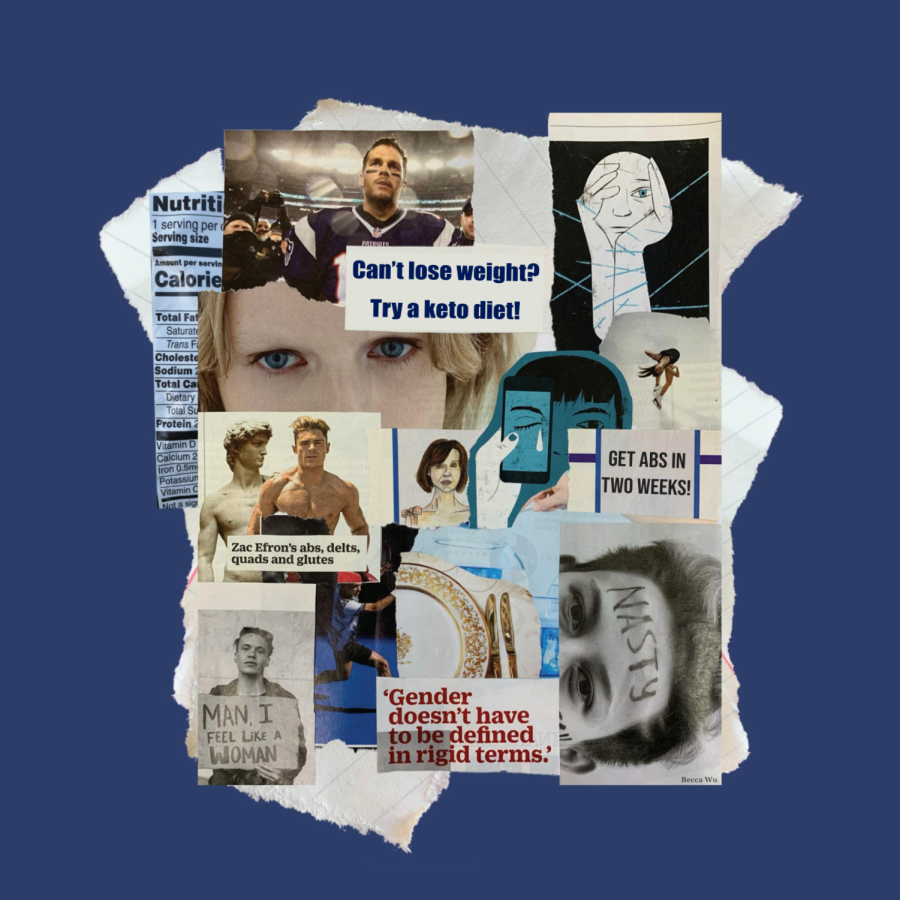 In the age of Instagram models and Pinterest influencers, social media users are constantly bombarded with images of the “perfect” girl. She’s confident, naturally beautiful and posts colorful photos of fruit bowls and yoga sessions on her stunningly curated feed. When adolescent girls see these heavily photoshopped pictures online, they often feel pressure to achieve the unrealistically “perfect” physical appearance.

Today, young teenagers are constantly comparing their bodies to celebrities’, which negatively impacts their body image. In response to an anonymous poll conducted by The Oracle, a student explained how social media affects their self-perception. “With the number of societal beauty standards that I see on a daily basis through social media, I subconsciously compare myself constantly,” they said. Junior Savannah Erickson described how the portrayal of women in the media has a detrimental impact on how women see themselves. “Everyone wants to be liked,” she said. “If you think that men want a certain body type, it’s very easy to fall into that trap. Unrealistic standards have very negatively affected me and made me view myself as unworthy of
attention.”

Social media isn’t the only factor that influences self-image. As an athlete, sophomore McKayla Mar has noticed the unreasonable expectation to fit into athletic and societal beauty standards. “For both cheer and gymnastics, there’s the expectation to build muscle and look a certain way, like having bigger shoulders or thighs or arms,” Mar said. “I know a lot of my friends don’t like that image or the way they look, and they want to have muscle but don’t want to look big.”

It’s difficult for girls—who may have been told from a young age to place self-worth on appearance—to unlearn that mindset of appealing to those around them. “It’s hard to look at girls with flat stomachs and believe it
to be what men want,” another student poll answer said. “It’s very difficult to unlearn those thoughts and stop thinking of yourself as imperfect if you don’t appeal to the male audience.” The never-ending shift in the standards for feminine body image shows how women’s bodies are treated like a fashion trend, modified to fit others’ expectations, when body image should only be based on personal health and happiness.

Not only that, but these ever-changing societal standards for women’s appearances can be harmful. Body dysmorphia, for example, is a mental disorder that causes people to fixate or be overly critical of perceived flaws in their appearance. Erickson’s dysmorphia impacted her personal life. “Body dysmorphia had affected my relationships with my parents and significant others,” she said. “It’s hard to see myself as who I am, and I usually would buy clothes in bigger sizes because that’s how I perceived myself.”

For teenagers, the influence of social media plays a huge role in creating the pressure to attain the perfect body, and it can amplify dysmorphic feelings. It’s important to keep in mind that images found on social media can be enhanced and edited, and this most likely happens because even influencers feel the same pressure to look perfect.

It’s not always easy to train out of that mindset when one is constantly exposed to unrealistic standards, but it’s not impossible. Taking a break from social media can help users stop comparing themselves to these glittering and glamorous models. Most importantly, being aware of the personal impacts of these standards and shifting focus towards well-being and confidence will help develop contentment with not just appearance, but identity.