Gunn Theatre brings Berlin spin to ‘The Comedy of Errors’ 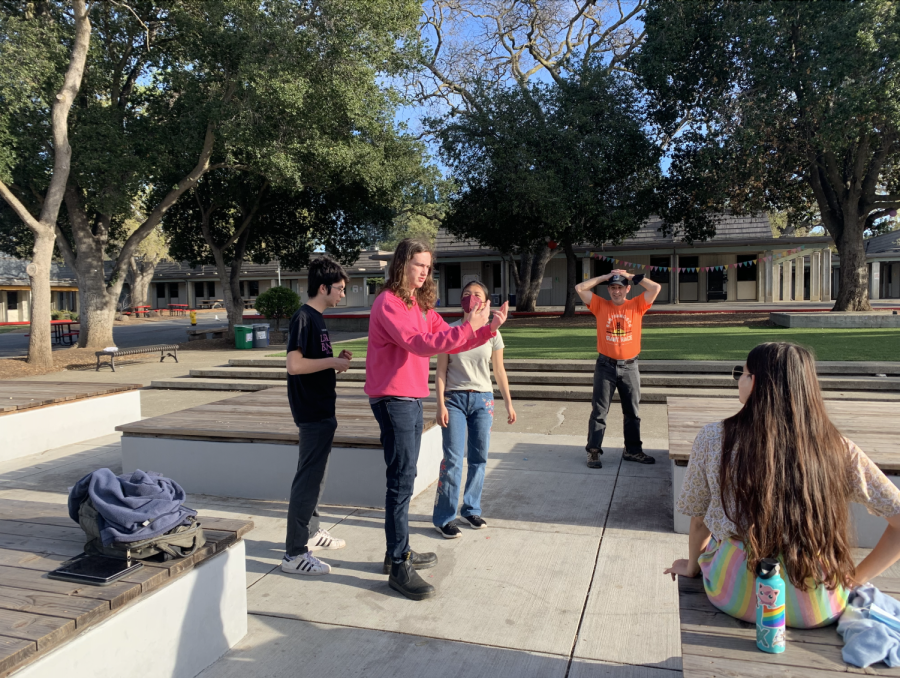 Twenty-four hours to be reunited. Two sets of long-lost twins. Four fates intertwined. All the wonderful misunderstandings that come from such an outlandish
premise.

Mistaken identities and misconceptions are at the heart of both the laughter and the emotions of Gunn Theater’s spring production, ‘‘The Comedy of Errors.’’ The story follows Antipholus of Syracuse, a man separated at birth from his twin brother, as he sets off to find his family. He is accompanied by his servant, Dromio.

Unfortunately for everybody in the play, their counterparts in the city of Ephesus are also named Antipholus and Dromio. Because they are identical in face and name, nobody is able to distinguish one twin from another. “It
drives everybody [in the play] absolutely crazy,” director Kristen Lo said. “They think either they’re going mad, or the person they’re talking to is going mad, because everything is happening in double.”

“The Comedy of Errors” will be set in East and West Berlin at the time of the Berlin Wall’s fall, as opposed to
the original cities in Ancient Greece. According to stage technician senior Quincy Rosenzweig, the dreary settings
of the play contrast its cheery content. “It has a downcast, dark theme to it for a very light and comical presentation,” Rosenzweig said.

Junior Matt Herrema, who plays Antipholus of Ephesus, notes that the lighthearted elements of ‘‘The Comedy of Errors’’ are what drive the plot and spirit of the play. “It’s a very accurate title,” Herrema said. “It’s really fun because we get to do a lot of audience interaction. We’re actually weaving in and out of the pallets [on the quad].”

Serving as both the stage and the seating area of the play, the quad will be the unique location for this year’s Shakespeare play. Although COVID-19 restrictions have forced this decision, Lo has been able to work it into the
theater experience. “It’s going to be very immersive, with audience interaction and connection,” she said. “Shake-
spearean comedies ask for that, and we’ve put ourselves in a position where we can do that.”

Tickets to watch “The Comedy of Errors” can be purchased at gunntheatre.org. The opening night gala is on March 18, and the show will run until March 26.