Disney’s representation of minorities should be more proactive 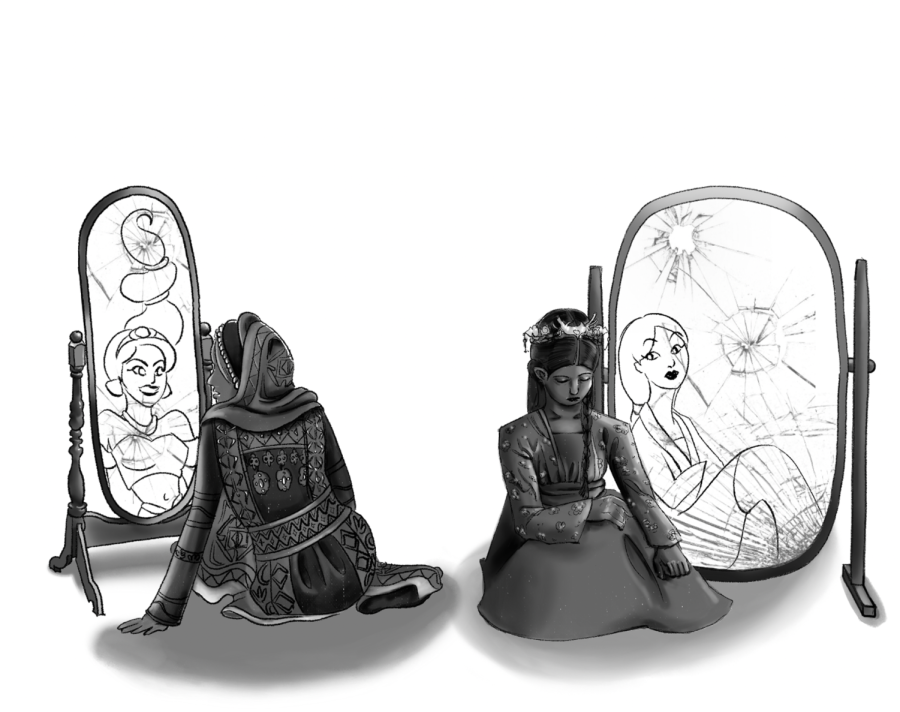 Many childhood memories are filled with Disney images: hugging a Winnie the Pooh stuffed animal, listening to a parent reading a Mickey Mouse story, watching a Toy Story movie and riding the “It’s a Small World” ride in Disneyland. Disney’s magic and pixie dust, while charming, has transformed childhood thoughts without us realizing. Through Disney’s media, children have subtly been indoctrinated into the “popular” portrayal of racial identities, which has sometimes clashed with today’s era of heightened racial awareness. Since children are so impressionable, Disney has to be held to a higher standard in portraying characters and storylines with racial sensitivity. Disney’s history of racially inaccurate portrayals highlights a need for continued efforts toward fair cultural representation.

Disney made a name for itself creating classic movies such as “Dumbo,” “Peter Pan,” “Aristocats,” “Lady and the Tramp,” “Song of the South” and “Jungle Book.” Each of these movies captured Disney’s magic of storytelling, connecting kids to a world of childhood fantasy. Many critics, however, have argued that these movies were racially insensitive and exploited the cultures of Native Americans, Asians and Blacks.

In the 1990s, Disney produced more culturally diverse movies, launching releases like the animated “Aladdin” and “Mulan.” Although Disney took a leap with “Aladdin” as one of the first well-known positive representations of Middle Eastern/Arab characters, it generalized their cultures. Many characters had exaggerated facial expressions, and while the main characters were lighter skinned, the villain, Jafar, was darker skinned. This implied to children that a lighter skin color is more accepted in society. Disney’s animated “Mulan” came at a time when many Asians were not represented in film, but critics believed that it was overly westernized through its depiction of Mushu—a Chinese dragon that breathes fire—and historically inaccurate, as tea drinking didn’t take place until a later dynasty. Similar to Disney’s “Aladdin,” “Mulan” repeatedly depicted the enemy, the Huns, with darker skin tones.

Disney attempted to fix their wrongdoings in their recent live action films of “Aladdin” and “Mulan” by providing a more diversified outlook on these stories. In “Aladdin,” they improved some of the stereotypes by hiring the majority of the actors with Middle Eastern descent, and in “Mulan,” Disney made the story plot more historically accurate. In “Aladdin,” the documents capture an accurate Arabic translation. In “Mulan,” the Huns are changed to Rourans, the Great Wall is changed to the Silk Road and Mulan’s family name, Fa, is changed to Hua, making these minor differences accurate to the original “Ballad of Mulan.”

While Disney has made progress with racial identity, many opponents argue that progress has not been quick enough. With “Aladdin,” reviews were mixed. Naomi Scott, who played the main character Jasmine, received backlash for being an Indian British actress instead of a Middle Eastern or Arab actress, who some believed would have delivered a more accurate protrayal. The live action of “Mulan” also received mixed reviews for shooting in Xinjiang Province, where the Chinese government has been alleged to be religiously persecuting the Uyghurs, a minority group.

Disney has also made progress with its portrayals of Black community. Disney garnered rave reviews when creating a Black princess named Tiana in “The Princess in the Frog.” Many viewers, however, were frustrated that Tiana spent most of her time in the movie as a frog. Similarly, Pixar’s “Soul” was also groundbreaking for featuring a Black male lead. Critics, however, charged that the main character in “Soul” was only Black for 20 minutes in the film before turning into a blue-green character. As a result, critics felt that Disney missed two opportunities to portray Black identity appropriately.

Some critics also believe that recent films like “Moana” and “Coco” have not progressed in representing more cultures. For example, some believe that Maui, the demigod in “Moana,” negatively depicted Polynesian men as overweight. While Disney has been far from perfect, these critics have also missed the importance of incrementalism, or the gradual belief in or advocacy of change. Disney has adapted in response to changes in society’s approach to race, slowly addressing issues like racial identity and cultural promotion to better fit the times.

For “Moana,” Disney took a step in the right direction by hiring a group of Polynesian cultural experts to ensure that their story was accurately represented. Others reject the argument for Maui’s negative depiction and believe that he is portrayed to look masculine and powerful as they believe a demigod should look. Following the success of “Moana” was “Coco,” a film that focused on Día de los Muertos. According to the Los Angeles Times, many Latinx leaders felt that Disney accurately demonstrated Latinx traditions. Additionally, Spanish songs and phrases were used to make the film more authentic.

In 2020, Disney also made a monumental decision to address racial controversy in their classic movies. Now, a disclaimer appears before some old movies, reading “[T]his [movie] includes negative depictions and/or mistreatment of people or cultures. These stereotypes were wrong then and are wrong now.” Disney used their past films to spark conversation so that children can understand their mistakes. “Song of the South,” for instance, was deemed so blatantly racist that Disney has made the movie completely inaccessible for viewing.

Recently, Disney took a step in the right direction in attempting to teach younger generations on Disney Junior about the concepts of race, culture and community through their animated series, “Rise Up, Sing Out.” This series highlights real-world situations to teach kids how important representation is and how to deal with hurtful comments about race. This is an important step for Disney in ensuring that younger kids think about these concepts at an early age. “Rise Up, Sing Out” uses engaging music to promote acceptance and love for other races and also discusses experiences relevant to young Black people. The series is a crucial tool for both parents and young kids to discuss how to respect everyone.

Disney is continuing to progress with new films like “Turning Red” and a live-action adaptation of “The Little Mermaid,” in which Ariel will be played by Halle Bailey, a Black woman. Although Disney is making gradual changes, they should continue to set high standards in ensuring that everyone feels represented so that future generations can learn positive ideas about different races. Disney needs to continue to listen to the critics and improve their portrayal of races so that children can feel Disney’s magic of true representation.