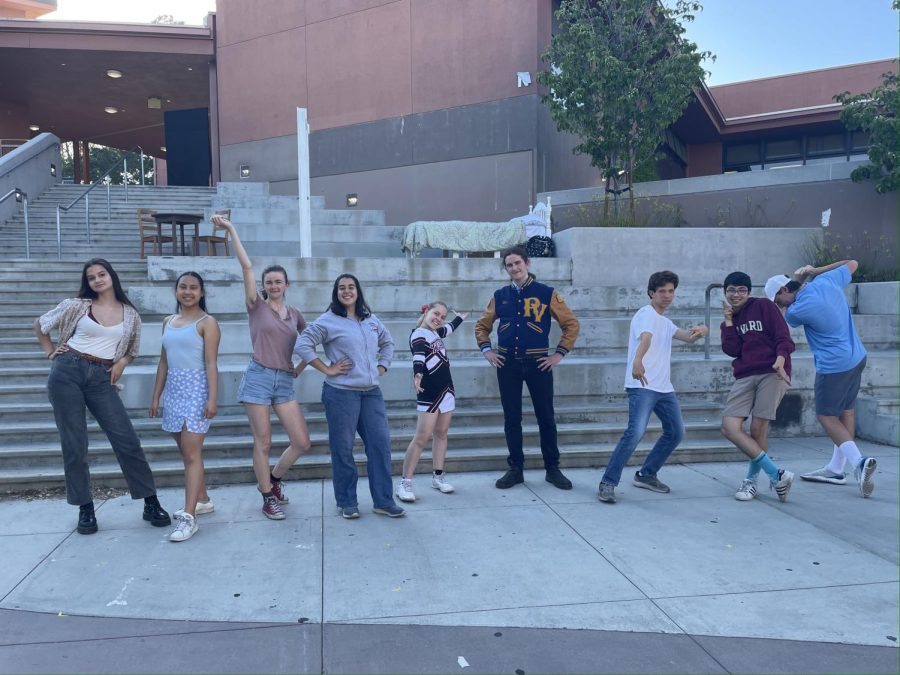 Looking to see a comedy with two storylines happening at once? Or a drama about a young woman’s encounter with God? Or an original, student-written musical about a student’s struggle to find her way in the seemingly frightening world of high school? If the answer is yes, look no further than Spring Festival, Gunn Theater’s final performance of the year, which will span from May 12 to May 15.

The Spring Festival is a first for Gunn Theater, as it is in lieu of the Student-Directed One-Acts which normally conclude each theater season. Rather than limiting the seniors in her Theater 4 class to a single act, Theater Teacher Kristen Lo gave them the opportunity to direct any material of their choosing. “I wanted to broaden [the format] because I don’t think all the best theater is written in one-act format, and I think it’s getting harder to find good one-acts that are worth the students’ time,” she said. “These seniors are so ready to take on their own projects, and since I pick the other plays of the season, I love seeing them also picking stuff that they love. It gives a bigger diversity to what is on stage.”

Some of the student directors based their pieces on their own lives, while others explored material that they had worked with in the past. Grant-Bier, for instance, took inspiration from her high school experiences for “First Year/Last Year.” “We wanted to do something that encapsulated our life at this time, so it’s about senior year and the stress of finding your place in your life right now, as well as in your idea of the future,” she said. “One of [the songs] is a quote that my history teacher liked to say before a test: ‘I can do hard things.’”

Meanwhile, for “Comedy of Eros,” De Silva and Rosenzweig combined four scenes from different comedic works by Joseph Bologna and Neil Simon—two playwrights whose pieces they had performed in previous years. “We both had a lot of fun working in these late-twentieth-century romantic, dramatic comedy pieces,” Rosenzweig said. Additionally, combining multiple stories has allowed them to contrast different plots while comparing similar themes, as well as create more energy on stage with quick shifts between the various scenes.

Rosenweig explained how directing has provided him with new perspectives on the production process. “It gives you a better sense of not just what it’s like to act on stage, but also everything else that’s going on,” Rosenweig said. “When you’re acting you’re mostly focused on your character and the relationships that your character has with the other characters, whereas Saman and I need to focus on all of those different relationships and manage tech, find costumes and props and figure out what we want our sets to look like. It teaches you a lot about communication, leadership and how to manage a lot of things at the same time.”

Senior Mishaal Hussain, who is playing the lead character in “First Year/Last Year,” emphasized the difference between being under the direction of students as opposed to teachers. “Working with student directors makes the entire thing more collaborative because I think in general people are more willing to volunteer their ideas with the student directors,” she said. “Everyone always learns from every show they do, but it’s just such a more intense learning process because everyone’s going through this learning curve together. It’s also just super fun because these [directors] are people who I know and I love and I want to succeed, so I want to do the best I can to make sure they succeed.”

The learning process is, according to Lo, one of the best parts of student-directed productions. “They’re running into all of these wonderful challenges of [not only] what it is like to put on a play, but also direct any project that you have to direct in your life,” she said. “Watching them go through the challenges and then coming out victorious has been really wonderful to watch.”