Student speaks out on experience with eating disorder, in-progress recovery 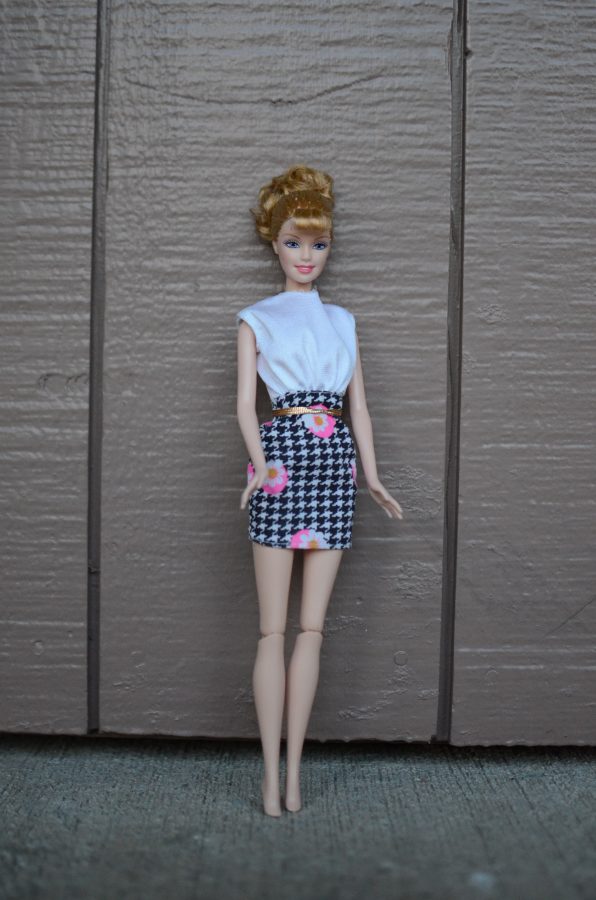 Looking into the mirror, junior Sophia Jackson (name has been changed) could only see flaws. The way the skin on her arms folded. Ugly. The way her thighs stood. Undesirable. The way her bones stuck through skin. Worthless. “The mirror was just made of various magnifying glasses,” she said, her mind picking at every flaw. “Everything was ridiculously amplified.”

For Jackson, self-worth and beauty were intertwined. If she was ugly, then she was worthless. “I was obsessed with the idea that I had to do something to earn the right to be loved,” Jackson said. “I had to be perfect. To be perfect, you had to be beautiful. And beautiful and skinny were synonymous for me.”

During the teenage years, body-image becomes a particularly sensitive issue. 95 percent of those with eating disorders are between the ages of 12 and 25.8, according to the National Association of Anorexia Nervosa and Associated Disorders. A study on the dynamics of self-esteem found that female self-esteem drops dramatically at age 12, only to improve in the 20s.

Jackson’s obsession with becoming “perfect”—and thus becoming skinny—started out harmlessly, or so it seemed. First, there was calorie-counting. Then smaller meals. And finally, barely eating at all. “When I didn’t eat something or when I said no to something, I felt very proud of myself,” she said. “I did a good job. I was a good girl.”

Before she knew it, Jackson had spiraled down the rabbit hole. Even though she knew a girl her size and age should be eating 1800-2000 calories a day, Jackson had cut her calorie intake to 300 a day.

All the pamphlets, brochures and articles she had read said she would feel a decline in energy, a weakness, but before it got really bad, she felt just fine. Actually, even better than fine—invincible. Speeding down black asphalt on her bike with the wind rushing through her hair, Jackson felt like all the warnings and horror stories somehow didn’t apply to her. None of this is affecting me, she thought, pedaling faster and faster. I have freed myself from having to eat.

But the high never lasted. “The first day I weighed less than 100 pounds, I loved looking in the mirror,” Jackson said. “For about 10 minutes, I thought it was great. I loved every moment of it. But after those first 10 minutes it was horrible to look at the mirror because I could [still] see every single flaw.”

Eventually, the horror stories that the articles and brochures preached began coming true. Simple, everyday tasks became a burden and Jackson found herself in constant haze of dizziness. “I would have to stop and catch my breath halfway through the stairs to the math building,” she said. “When I got out of bed in the morning, if I wasn’t careful and I stood up too fast, I’d just fall back down.”

“It became incredibly intense incredibly fast,” Jackson said as she recalls February of 2014, when her eating disorder landed her in the hospital. It was surreal. She didn’t understand why she was there because to her, none of it was necessary. “I felt very much like I was in a cloud. I had some sort of thick protective cloud around me and everything they were saying and doing wasn’t really touching me.”

It was there in the hospital that Jackson began to willingly learn about her anorexia and body-image issues. The cause could be biological, genetic even. Individuals could actually be predisposed to developing eating disorders, the doctors told her.

According to Dr. Mary Sanders, who has treated adolescents with eating disorders for over 30 years, affected adolescents’ cognitive functioning can quantifiably differ from that of healthy individuals. “They may have more cognitive rigidity, so they may get stuck on a thought, and it becomes difficult to shake that thought loose,” Sanders said.

As an example, Jackson points to her own personality. “I’m incredibly inflexible,” she said. “I have really high standards. Things have to be perfect or they can’t be at all.”

However, the most impactful revelation Jackson made in the hospital came not from a doctor but from another teenage girl with an eating disorder. “She was on the verge of dying of heart failure. Her liver was messed up. She’d lost a ton of bone density. She’d damaged her reproductive system,” Jackson said. “And she was still a perfectly healthy weight.”

Jackson walked out of the hospital with two things: first, overwhelming proof of the dangers of anorexia, and second, a first-hand look at the stereotypes surrounding eating disorders. “Skinny doesn’t mean healthy. Eating disorders don’t mean skinny,” Jackson said. “The idea that you don’t have an eating disorder if you don’t weigh a certain amount makes me furious because [even without validation] it’s just as hard, just as dangerous and just as debilitating.”

February marks a year since Jackson was discharged from the hospital. It’s been months since she stepped on the scale, a measure taken as part of her long road to recovery. “It’s so worth it,” she said. “Trust me, life is so much better than you can believe. Sometimes you may not feel strong enough to do it, but you can. It will get so much better.”

Though the destructive thoughts still plague her regularly, Jackson now understands that a world wider than her pain exists. She works daily to replace her negative reasoning with a realization that gives her hope: “I’ll feel better tomorrow.”­