Choosing all in: senior Lisa Hao’s journey of recovery 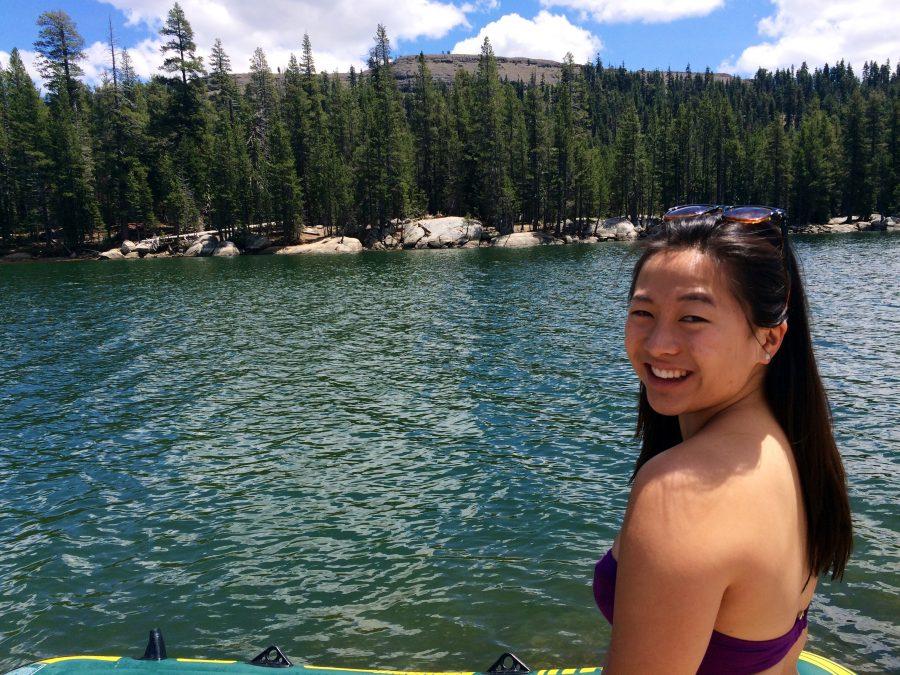 As a journalist, I know the importance of storytelling. Personal stories can join communities by offering new perspectives and helping others feel less alone. Although I’m much more accustomed to reporting other people’s stories, I believe it is also important to finally share my own story of overcoming depression and maintaining recovery.

All in or all out. I repeated that phrase to myself throughout every therapy session. I understood that life consisted of neither black nor white, but I didn’t care. For me, I had to be either all in or all out.

I never thought the concept was difficult, yet I had to clarify my mentality to every therapist I met. “All in means that I’m content with life; I wholeheartedly want to be here and the thought of leaving does not even cross my mind,” I would patiently explain. “And all out means, well, all out. I finally stop speculating and just do it.” I believed that if it wanted to, depression could go away on its own. I didn’t treat depression for the illness it was, but instead waited for myself to miraculously get better.

I always hoped that the decision would be “all in” but I couldn’t imagine a time that I would not wonder about the “what ifs” of suicide. Since sixth grade, I had felt the same way. I started to romanticize death and felt most comfortable with sadness. I wanted to be “all in” but it frankly seemed too ideal. It seemed impossible.

Last year, my struggle intensified as my desire to make a decision escalated. Everything seemed so much easier, yet also so much harder. I realized how easy it would be to go all out, but I also knew first-hand how painful it would be for the community. I did not want the attention nor the hurt that I knew would come with my death. I just wanted to be able to relieve myself from my own pain, not give it to those around me.

However, like the saying goes: it has to get a lot worse before it gets better. I finally decided to be “all out.” All my attempts at recovery appeared futile and I was so tired of trying. I felt like for every step forward, I took two steps back. I was ready to go through with my decision; however I wanted to make sure that the pain that I was experiencing was greater than the pain I would inflict. My friends and family started to notice a change in my mood and became concerned. Although I said I was just stressed, my worried mom spent nights in my room and my chances were lost.

At my lowest point, I was hospitalized and stayed there for three days. Normally, my suicidal ideations were interrupted by other distractions in life. Being at the hospital, however, reminded me constantly of why I was there—I couldn’t ever distract myself from my desire to die. I felt the worst I ever had before. I never felt more alone, useless and hopeless than I did those three days. However, I finally realized how serious my depression really was. Even among other suicidal kids in there, I was still considered on the more extreme side. I knew I didn’t ever want to return to the hospital, and I resolved to truly work harder at improving my mental health. On the day of my release, I promised myself that I would fully commit to recovery.

Recovery wasn’t easy. I met countless health specialists and had to attend weekly therapy sessions. My parents considered multiple intensive outpatient programs and excused me when I didn’t feel up for school. I stopped viewing my sadness as a permanent state and started treating depression for the illness it is.

First, I had to identify the root causes. After many therapists, I finally found one that fit. I didn’t just want an outlet; I wanted answers. Through many sessions and reflection, I realized that many of my self-deprecating thoughts stemmed from a guilt that I wasn’t doing enough. I felt like my life didn’t have enough meaning and it didn’t make enough impact. I felt guilty and worthless.

So, I spent more time doing activities that made me feel happier and more purposeful. I filled my schedule with service, friends, exercising, hiking, The Oracle and other low-stress activities. Not only was I less mired by my depression, but I also finished each day feeling productive and satisfied.

Although I became more busy, I made sure to always check in with myself. Before, I was extremely suspicious of happiness and accustomed to sadness. Now, instead of wallowing in my sadness, I’ve drawn upon my coping skills. I combat negative thoughts by recognizing their errors in logic—just because I made a mistake doesn’t mean I should automatically label my life as worthless. I take naps when I need to and I don’t let myself dwell too much on suicidal ideations.

I truly never thought it was possible for a day to go by without a thought about leaving, but now, weeks go by without suicidal thoughts. For the first time in six years, I can honestly say that I’m doing well.

If you are worried about yourself OR a friend, to be directed to professional help, contact

The National Suicide Prevention Lifeline: 1-800-273-8255, 24/7 access to trained counselors
School counselor/psychologist
Your doctor
suicidepreventionlifeline.org and click “Get Help” for yourself or for a friend
If the threat is immediate, call 911