Junior Matthew Shi’s search for perfection—and what he found 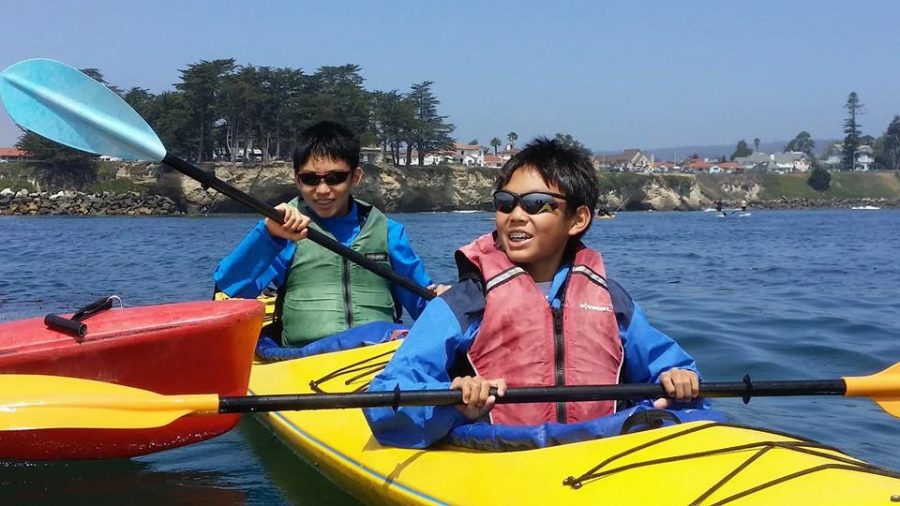 I went into freshman year feeling confident, like most if not all freshmen. I had just graduated from middle school, had done fine in all my academics, and didn’t feel as if I could mess up. For me, the world was limitless, and anything I wanted to do I could accomplish.

A few months later, I wondered what the hell was wrong with me. Forget my optimism—Gunn was more of the same struggle that plagued me throughout elementary and middle school. Biology was destroying me, history was destroying me and even math – a subject I was normally great at and enjoyed – became a struggle. High school was more of the same fight that earlier grades had been. What I didn’t realize back then, though I suspected it, was that school had stopped being fun. I had stopped enjoying school, hanging out with friends, doing math and choir and badminton, even eating lunch. There was no joy in this ordeal—just a never-ending struggle of turning in homework, sleeping enough and finding some way to be happy but never reaching it. I began wondering if I was good enough to be in this school, to be in the classes that I was taking, to be “equal” to everyone else.

Sophomore year rolled in last year, and I was quite shaken from my performance freshman year. I vowed to put in the time and effort needed to get the grades I wanted. The community kept reinforcing the stereotype that “Asians get A’s,” and at the time, I believed that I had to get all A’s in order to be myself. The one day I walked into the choir room and saw the teacher with a clipboard—I had no idea what had happened. As he explained the news, I saw many people crying and leaving. I kept wondering, throughout the day, why this had happened to him. Why he had acted the way he did. What was the difference between me and him, when we had both thought the same way?

My classmates and I continued through the rest of the semester shaken. I kept asking myself—what was it that kept me from acting the same way that he did? I thought for ages about what excuse I could say, what I could claim was the source for all this mental trouble. That winter break, I went on a cruise to the Caribbean, where I surprisingly met with another teenager who thought much the same as I did. We talked, and the more I tried to help her the more I realized that the same advice could be applied to me—I needed the help just as badly.

Why didn’t I go talk to someone else then?

Because I was afraid.

Of not being normal. Not—well, not like everyone else, who can put their feelings outside of the classroom and their focus into everything they ever do. Not like everyone else, who manages to be perfect. I’m just me, and I’m just a pawn in this world. One that has less use than normal, one that can’t explain WHY he’s there without realizing that he isn’t being the person that he COULD be.

Second semester rolled around, and I couldn’t handle the pressure. I told my counselor that I had thought about ending my life, and my counselor (as a mandated reporter) took steps to keep me safe. I ended up hospitalized for five days, and through those five days I met others. Seeing them, I wondered how I had managed to end up among them. Was I really that unstable? During my “exit interview”—the talk where they check to see if you’re mentally stable enough to leave—I heard a statement that I simply couldn’t believe.

I couldn’t take it. I flat-out refused to believe, and had done so for the past few years, that no one could be perfect, regardless of how many friends they had, what their relationships were with those friends, what their grades were, what they showed on their faces, how they acted all the time—you’re telling me that these people aren’t perfect? That, beneath the surface, they all had their own problems?

I knew it was true, of course. There was no way that anyone could be perfect, under Advanced Placement (AP) classes and the culling of zero period, the new schedule and college apps, the desperate desire to stand out from the crowd. Perfection was a dream, a mirage—a goal that had brought me far, but had also held me back from enjoying myself and having the good time that teenagers are supposedly known for.

My parents had told me this many times over, but for some reason I didn’t buy it. I kept working under the belief that perfection was attainable. Only after hearing it from my therapist and reflecting for a long period of time on what I had experienced and seen in others did I finally start to believe that this statement was true.

At some point in the school year, after I had come back to school and been requested to meet up with a therapist, I realized that this statement was completely valid. I can’t say when this suddenly rang true in my mind—whether it was my friends, my family, or my actions and recollections. At any rate, it became true, and I can look back on my first two years of high school and be glad that I’ve at least overcome one mental obstacle.

Now that I’m a junior, life has changed for me. I’ve started working against the idea of extra AP’s and GPA-raising for college. I’m putting effort into making friends, connecting with others and relearning how to enjoy Gunn High School. The reasons I had for despairing—that I wasn’t good enough—are being replaced with self-confidence in my abilities and acceptance of my current position. In doing so, I’ve felt glad to be here with everyone I know. While some days I feel alone and left out, and others I despair at how composed everyone else is, I keep going on, knowing that my goals of balancing happiness and grades are still quite possible, unlike my earlier ideas of being perfect in everything. I’ve talked with friends, and I’ve seen that mantra perpetuate itself in everyone. No one’s perfect, and no one should ever require perfection from you.

As for finals, I offer all of you the consolation that these tests aren’t going to matter five years from now. Your grades don’t reflect you as a person, whose quirks and qualities make you different. It’s your personality, your attitude, your character, your happiness that will matter most.