Get to know the biggest superfans at Gunn: Ben Roake 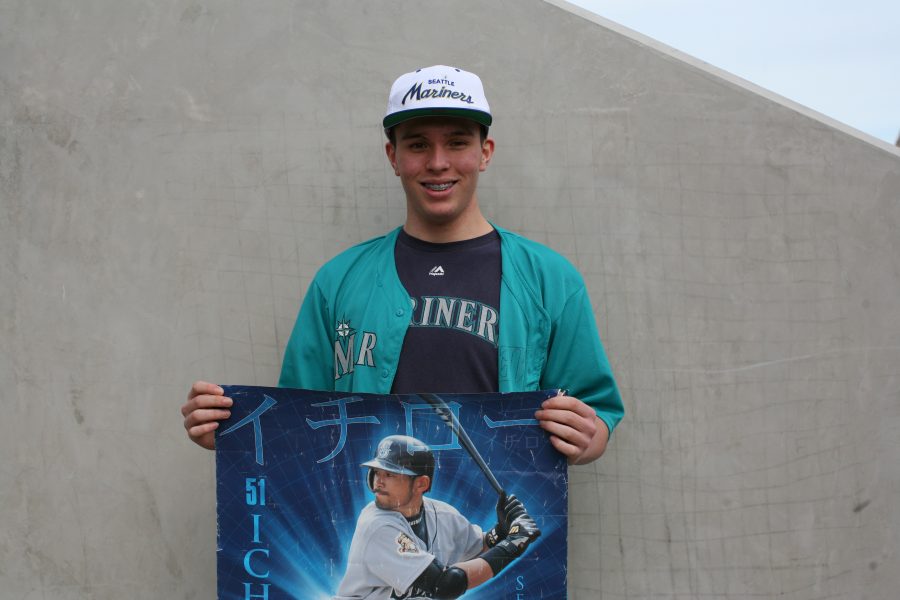 The Oracle: When did you become a fan?

Ben Roake: I became a fan when Ichiro Suzuki became a member of the Seattle Mariners in 2001. I was about five years old at the time. My Japanese side of the family are big baseball fans and I just got into it. Just because Suzuki was on the Mariners was the reason I became a fan of the Mariners.

TO: What do you do to show that you are Ichiro’s biggest fan?

BR: I have my room covered up with Suzuki Ichiro gear. I have gone to baseball games where Ichiro did not play and [I still] dressed up as Ichiro. I also run a Facebook page that is dedicated to Ichiro, which I post on very frequently. I have even created a nickname for myself based on Ichiro’s name. My last name is Roake so I just added Ichiro to the front and call myself Ichiroake.

TO: What do you like about being a fan of Ichiro?

BR: My favorite part of being a fan of Ichiro would be acting like him. I post things every day on social media related to Ichiro, I always search up on what he is doing. Unfortunately, 2016 is going to be the last year Ichiro plays baseball. You get to know a lot about the player, what he does and his positive impact. Ichiro, from what I’ve known, isn’t very open about his personal life, but when it comes to baseball, we know that he doesn’t spend time slacking off. He is a very well respected player in the sports community. [No] players in the MLB have a grudge against him, due to the fact that he never does any unsportsmanlike things that numerous athletes are seen doing.

TO: Are there any downsides to being a fan of one team and one team only?

BR: There are some downsides. Since I have been a fan, they have never been champions in the league. There has been a lot of criticism about the team, but I have never betrayed them.

TO: What are some memorable moments that you have of Ichiro when you were at a game?

BR: My best memory of a game was when Ichiro and the Mariners were playing the Oakland A’s at the A’s stadium and I remember seeing a player hit a ball straight to Ichiro. Ichiro caught the fly ball, and there was a runner on second base tagging up to run to third base. Ichiro then threw a laser beam to get the player out. When that happened I went totally insane, even having the urge to jump into the field to join Ichiro.

TO: Were you ever surprised by the outcome of a game?

BR: I went to the game where Ichiro got traded to the New York Yankees. The Seattle Mariners were playing the New York Yankees on that very day. When Ichiro came out on to the field wearing a New York Yankees’ jersey, I was really confused seeing him in the Yankee uniform. Ichiro still did get a standing ovation though, even though he was playing for the [opposing] team.