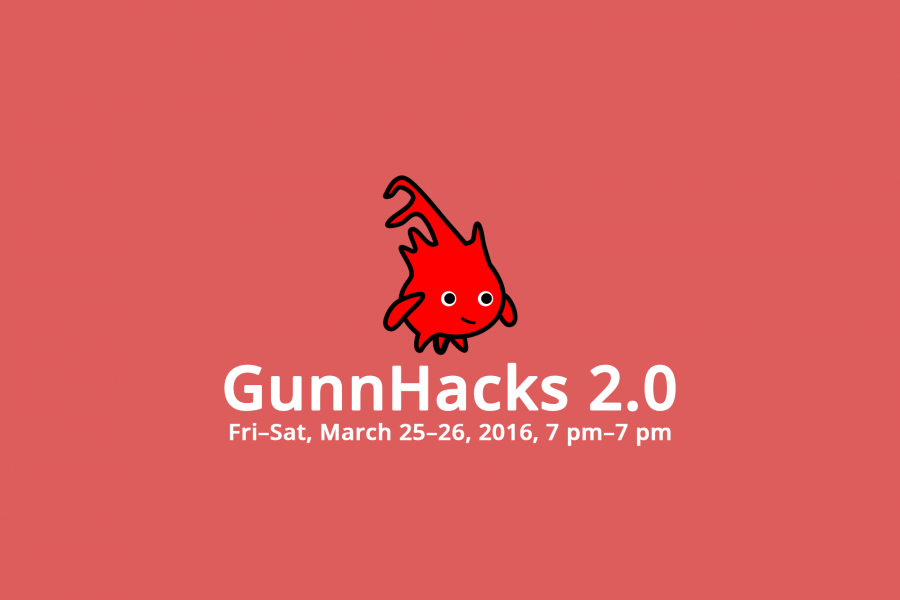 Elizabeth C
Written by Elizabeth Chung
The annual Gunn Hackathon, or Gunn Hacks, will be held 7 p.m. on March 25 and 26 by the Gunn’s United Computations Club. Gunn Hacks is a programming event where high school students from the Bay Area come together to create an application, a program or anything that includes programming. Representatives from different Bay Area companies will be judging the creations and awarding prizes including a tablet, a drone and a smart phone.

Last year’s hackathon was the first hackathon hosted by the Gunn United Computations Club. According to junior Kartik Chandra, last year’s success allowed for the event to expand and continue into this year.

The hackathon is open to all high school students in the Bay Area, and the club hopes to see about 200 people join the event. “This year, we’re going to focus on inviting a much more diverse group,” Chandra said. “We’re going to have better food and prizes. We’re trying to fit in some lectures from interesting people from the Bay Area.”

According to Chandra, the hackathon is an excellent way to meet new people and learn how to program. No previous computer science is required and the event will be a good way to get involved in computer science.

“A lot of people get introduced to programming at hackathons,” he said. “Even if you come in with no computer science knowledge at all, you will meet a lot of helpful people who will teach the basics. Hackathons are actually a great way to meet new people who are interested in the same thing as you.”

Last year’s hackathon participants were primarily boys, and Paley hopes to include more girls this year. “It will be nice if we had a nice diversity in gender ratio,” Paley said. “People develop identities about what they are supposed to do based on sex at a very young age. At least to this point, it’s really a belief about what is accessible and what people are supposed to do based on perceived roles.

The proportion of girls enrolled in the Introductory Computer Science class rose from 25 percent last year to 36 percent this year, a change Paley attributes to the addition of computer science teacher Jessica Hexsel; she helps provide a role model for female students, Paley says.

“What we don’t know is how much impact that has had on any recent changes in enrollment,” Paley said. “I’m not sure how to measure that. But there have been studies on the importance of relatable role models in academic disciplines and I am convinced it matters in a significant way. We absolutely encourage girls to participate.”

Sophomore Jamie Huang also believes that program- ming is becoming more diverse in gender. “I think it’s not too surprising since girls are becoming increasingly interested in STEM [Science, Technology, Engineering and Mathematics] subjects, but it kind of is because [programming] is still quite unpopular among girls.” Huang said.

In order to raise the inclusivity of girls in programming, sophomore Julie Lee believes that it will be great to see a girls-only hackathon held at Gunn. “A huge majority of the people taking Advanced Placement Computer Science are guys and I imagine it would be the same for hackathons,” Lee said. “A Gunn girls’ hackathon might encourage more girls to participate.”

Chandra is advertising Gunn Hacks throughout Computer Science clubs in the Bay Area in order to increase the number of participants and high schools represented. “This event is open to [any high school students] from the Bay Area,” he said.