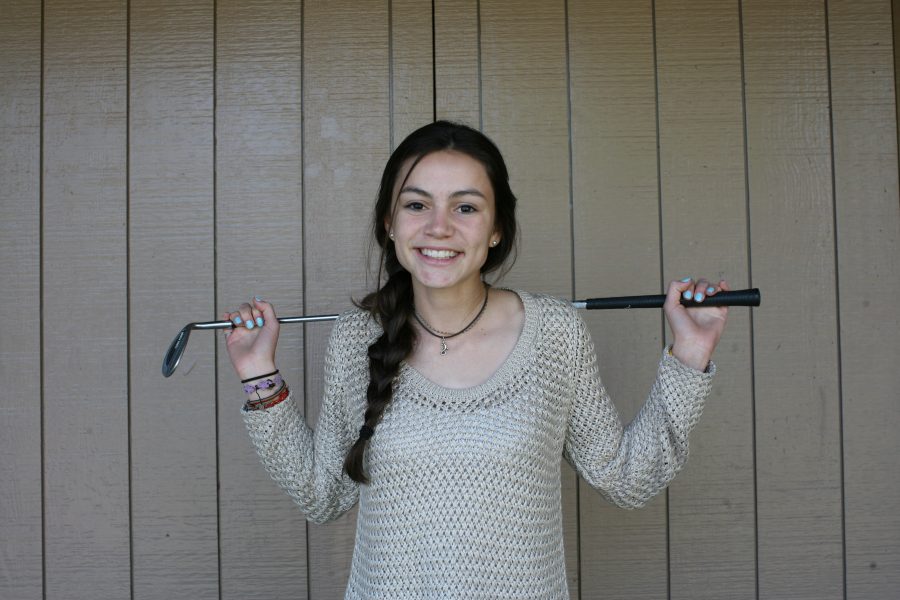 For senior Laura Morejón, joining the girls’ golf team was not a hole in one. After playing golf as a hobby for several years, Morejón decided to play on the team when she first moved to Gunn as a senior. “It was way harder than I thought it would be,” she said. “Being a senior and bad among my teammates was hard because I wasn’t able to be as good as them.”

Throughout most of the season, Morejón struggled with feeling inadequate and felt incapable of mastering the necessary golf skills in general. “One day, I broke down into tears because I didn’t see any improvement,” she said. “[My coach] was like, ‘You will improve; you just need to keep practicing and persevering.’ I felt like golf was bad for me because I felt bad every single day because I wasn’t good at it.”

However, she slowly learned that she was able to get more out of the team than just practicing golf. “Half way through the season, I figured out that even though I wouldn’t be able to improve to my teammates’ level before the season ended, I could make a good time of it,” Morejón said. “I became very good friends with my teammates and made practice a very fun time. I made a change in the team, and that’s what matters.”

Morejón emphasized that she felt as though she could make a difference on the team, no matter her skill level. When the team participated in the Central Coast Section (CCS) championship, even though she did not qualify, she acted as the assistant coach to help her teammates out. “Even though I didn’t play at CCS, I think I made an influence on my teammates,” she said.

After the season finished, Morejón acknowledged that her perseverance and dedication paid off. “I felt sadder when the season was over than when I was having a hard time at practice, so that’s how I know it was worth it,” she said. “Sometimes I didn’t feel like I was good enough, but going to practice didn’t feel tiring; it felt exciting and I always wanted to meet up with my teammates. Sometimes you gotta fail; that’s life I guess.”

Morejón recommends that everyone try at least one sport during their time in high school.

“School sports are very scary but they help you develop socially with someone who has at least one interest in common with you,” she said. “If you are in a situation like mine, you will still learn a lot just from one season and it’s totally worth it.”