Going into the camp, Roth didn’t know what to expect from a professional athlete like Curry, and he was surprised at how present and attentive Curry was during his time with the campers. Based on the media’s portrayal of him, Roth said Curry seemed like a bit of a cocky player. Yet after meeting him in person, he found that this was far from the truth. “What surprised me most was probably just how down to earth he was,” he said. “When I met him for the first time, he didn’t have any problem just talking to me.” Roth even recalls Curry joking around with the other campers. “He sat with the campers, he laughed with them and poked fun at them,” he said. “He just acted like he was a camper himself, nothing bigger than that.” 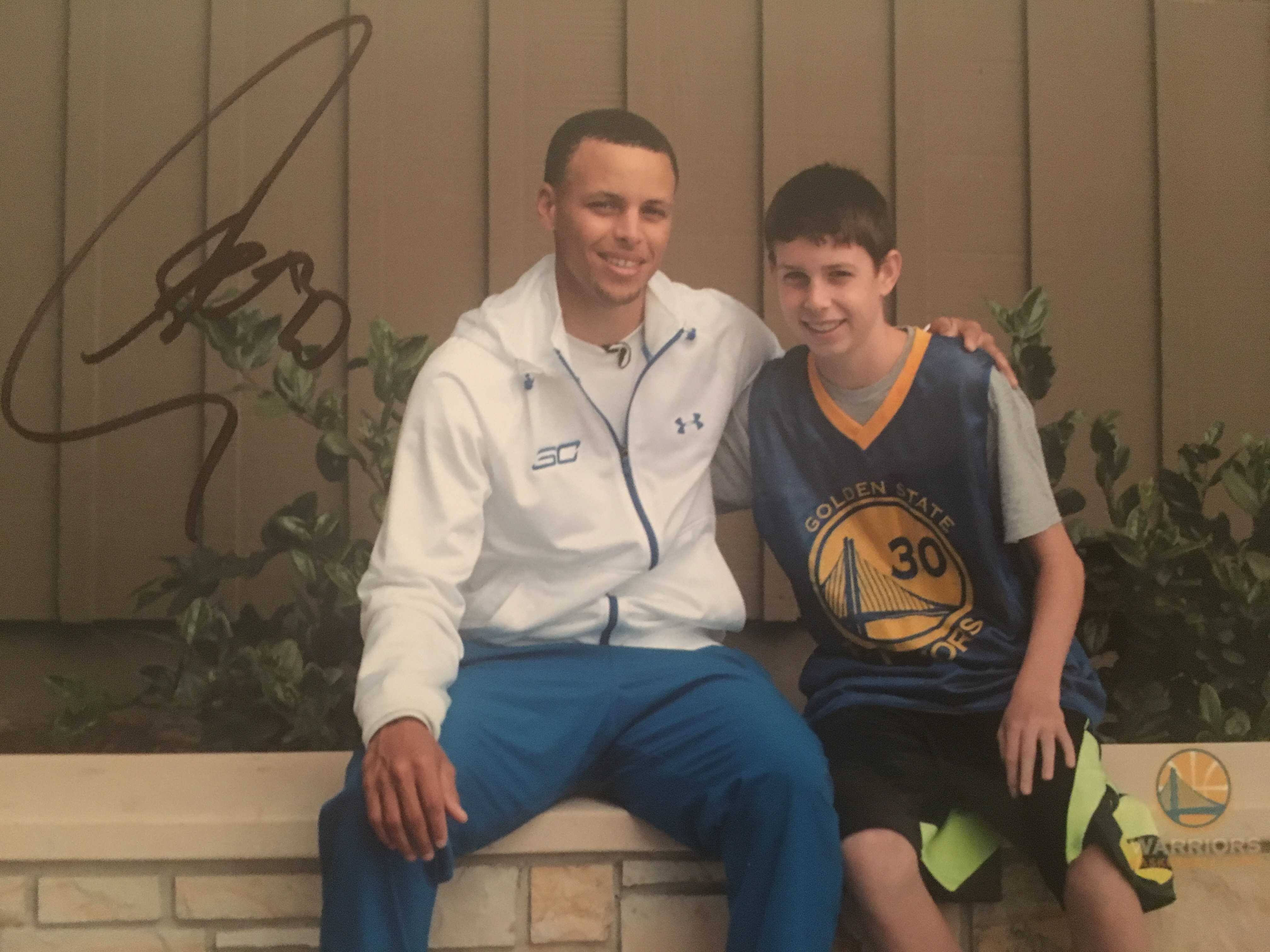 A normal day at the camp would consist of an early morning wake up followed by drills and league games. Curry would look over the campers’ drills and work with them on perfecting their technique. After a long day of training, all 500 campers would gather on the gym floor, listening attentively to Curry give motivational speeches about hard work and dedication. Roth remembers these speeches as one of the most meaningful parts of camp. “It gave me so much motivation seeing what he’s been able to do with all the doubters and everything he’s had to endure,” he said. Roth looks up to Curry for his dedication and perseverance. “Something about Stephen Curry that really stands out to me is how he’s built up from nothing and being doubted by everyone, and has now become such a figure that everyone loves, and he’s done it through hard work more than athleticism or pure talent,” he said.

Maybe it was that same motivation that gave Roth the ability to beat Curry in a shooting match. On the second day of camp, Curry randomly picked five campers to challenge to a shooting match, and Roth was lucky enough to be picked. He was overwhelmed by excitement, and waited nervously as the three campers before him finished their matches. When it was his turn, his mind went blank as he stepped up to court. All he could focus on was scoring that basket. Curry got the ball and drove past Roth. He tried to dunk over Roth but missed the dunk. The whole camp watched in anticipation at what would happen next. Curry dared his opponent to shoot, and in one swift motion, Roth scored a three-pointer. The crowd went wild. Curry looked at him and said, “Nice job, kid. Now keep getting better.”

Little did he know, more than just those campers would see his victory. Five days after his return from camp, he saw a clip of his match with Curry on SportsNation. “This was definitely one of the craziest moments of my life,” he said, reflecting on the experience.