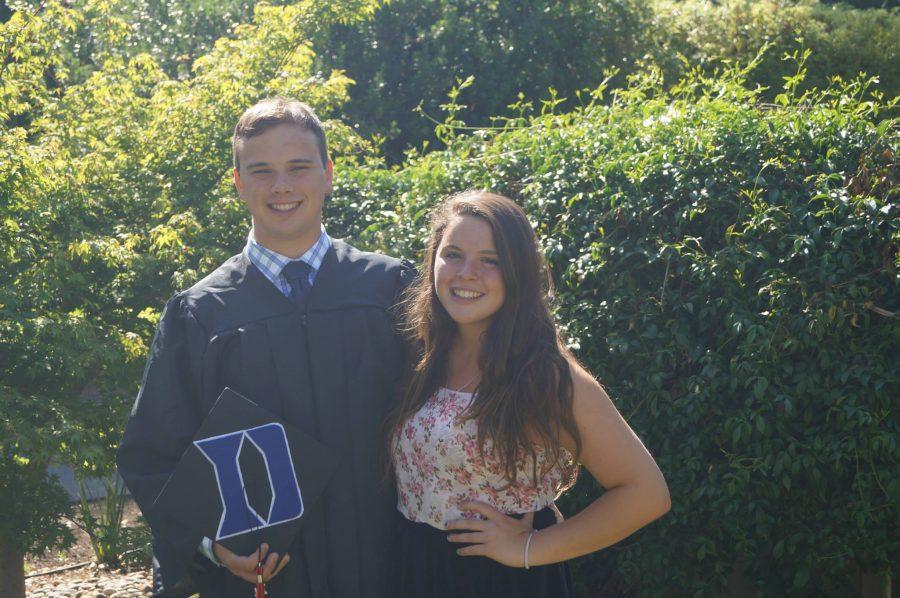 For as long as I can remember, my oldest brother, Coby has excelled in school. He was solid at times tables, in touch on political issues and had an extremely irritating habit of always knowing the answer to everything. When he was in middle school, I distinctly remember him crying over a B+ while I took eight tries to pass my 50 states quiz. As far as I can remember, I failed more tests in my fifth grade General Studies class than Coby had in his entire middle school career. However, against the better judgement of my teacher, come the end of elementary school, my parents and I signed me up for every accelerated lane that we could, just like Coby.

If there is one thing I’ve learned, it is that if enough people believe something about you, you begin to believe it about yourself. I began trying to counter the hateful things people were saying about me with saying just as hateful things about myself so that they wouldn’t have to. Instead of keeping a bad test grade private, I would go up to my friends and say, “Hey, guess what! I just got a 30 percent on my science test! I’m literally so stupid.” While this behavior stopped others’ harsh words, it was really just counter-productive. To my surprise, calling myself stupid did not make others think I was any smarter.

As my eighth grade graduation approached, I realized I needed to get it together academically. If I played my cards right, I could finish middle school with pretty much A’s and B’s. In order to achieve this, I allowed my dad to edit some English papers I had written, and just like all my other classes, I expected to have done a sub-par job. However, when he handed me my papers back he said, “Mikaela, do you know you have a gift for writing?” At first I chuckled. How could I be gifted at anything school-related? I was stupid. But the moment I realized he was serious, I felt a sense of pride I had never before felt in my entire life.

The first year and a half of my high school career went pretty well academically. I received decent grades and passed my tests. I only really struggled in math and science and I had learned the best ways to do well in each of my classes. However, the one aspect that had not improved was my academic self-confidence. I never participated during class out of fear of incorrectly answering a question and always got extremely anxious when I was called on. The only class I felt confident in was English, which compared to Science, Technology, Engineering and Mathematics classes, seemed to be of much less importance. It was less than half way through my freshman year when my big brother got accepted to Duke University. According to the U.S. News and World Report, Duke is the eighth best university in the nation. While I was extremely proud of Coby, I couldn’t help but think that would never be me. I had never stopped believing I was stupid.

One day into the second semester of my sophomore year I made a life-altering decision. I came home and told my parents I wanted to study abroad in Israel for my entire second semester. I had a specific program in mind and a mile long list of reasons I should go, and to my surprise, they agreed. Two weeks later, I was shipped off with 45 other students from across the United States and Canada to spend five months living and learning in the state of Israel. Above learning to be independent and self-motivated, I came to find a true passion and love for the place that had become my second home. I felt connected to the land, the people and the culture and I craved to know more. When I finally left to come back to Palo Alto, I promised myself that my love for Israel would last and be a part of my everyday life. It was not until the beginning of my junior year that I was able to implement this passion.

The first opportunity that presented itself for me to share my love for Israel was my creative writing class. I used the journaling as an outlet to express my feelings about the things going on in Israel, express my love for the nation and share out loud with the class. My fellow students seemed to enjoy what I had to say, so I began to read aloud all of my stories, regardless of how annoyed everyone got by my excessive participation. Whether my entries were about Israel or not, I felt compelled to share my voice with as many people as I could.

My next opportunity to have my voice heard was at Camp Everytown, a four-day camp made possible by Gunn and focused on destroying prejudice in our school. One of the activities we did at camp was split into ethnic groups and give a presentation on our respective cultures. I decided to go up solo in front of 80 plus people, and advocate for Israel. I was terrified to do it, but I forced myself to filter out my self-doubt because I knew my love for the subject was more important than my insecurities about my intelligence. The positive reaction to my speech was overwhelming. Never in my life had so many people told me I was smart and genuinely believed it. One person even called me a “walking Wikipedia,” as I recalled all my facts without the use of the Internet. As I said before, if enough people believe something about you, you yourself start to believe it. This was the second step in recognizing my intelligence and the beginning of realizing my future career path–Israel advocacy.

It was my oldest brother, Coby who brought me to fully believe in my capabilities and potential. We were having a heart-to-heart when he told me that I knew I was not stupid, but in order to achieve any of my goals I needed to not only believe it but also act like it. He told me I needed to show others I was capable and through doing that, I could show myself. He taught me the value of working hard in subjects I was less passionate about, so I could thrive in what I was passionate about.

Because of the support and opportunities that others gave me, and those I gave myself, I came to understand that through my skill in writing, and my passion for Israel, I could find something I was talented at: journalism. I found passion and my own intelligence in voicing my opinions and being unapologetic for what I had to say. By proving myself to others, I proved myself to myself.

I had always thought Coby was so much smarter than me. That because of his natural intelligence, he would have more
opportunities in life. It took academic struggles, lack of self-confidence and then finally finding a passion to realize intelligence cannot be defined by one thing. Having talent in one field is no less valuable than having talent in another. My struggle in school did not define my success and I came to accept that success is defined in many different ways. I understand now, that in following in my own footsteps and not a path paved by someone else, I can excel in the things that are important to me. Above all, the lasting effect of these experiences was that through passion and drive, I was able to understand my value and the capacity of my own intelligence.