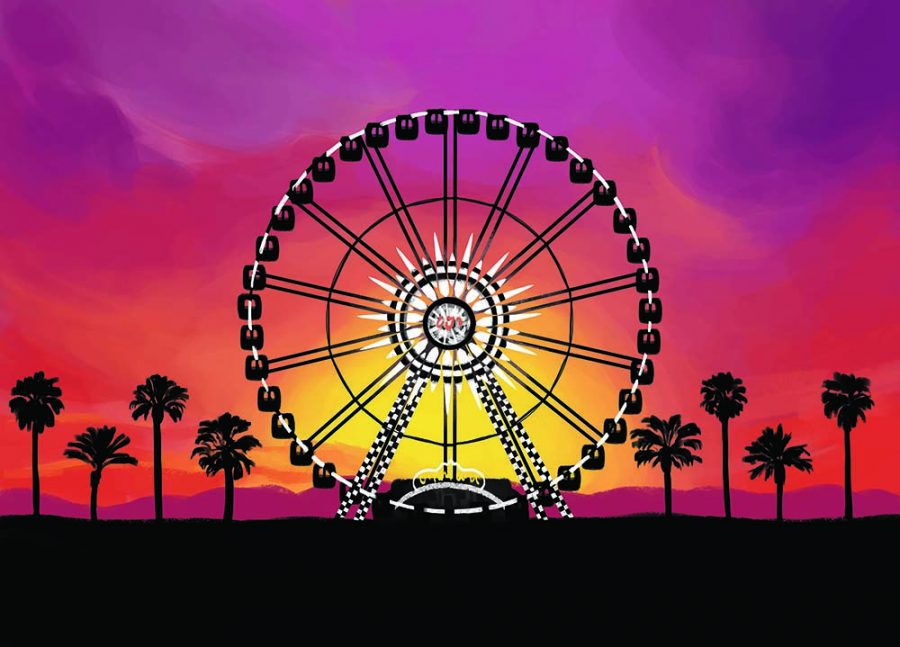 With the sun gleaming, music blaring and crowd swaying to the beat, the vibe of music festivals has captivated today’s youth. These festivals serve as music, fashion and pop culture inspiration for teens across the country. According to Billboard magazine, 32 million people go to at least one United States music festival every year. Some of the most popular festivals in California include Coachella in the Palm Desert and Outside Lands in San Francisco.

Music festivals in the United States date back to the 1960s, when the Woodstock Music and Art Fair was held at a New York dairy farm over four days in 1969. 32 artists including The Who, Jimi Hendrix and Janis Joplin performed, and the event is still considered one of the biggest rock festivals in history. Woodstock served as a turning point in the music industry and has shaped and influenced the festival culture ever since.

The music festival fad is still popular with teens today. Sophomore Helene Barbier went to Outside Lands in San Francisco’s Golden Gate Park last summer and enjoyed the festival’s activities. “There’s food everywhere and there’s also a lot of art,” she said. “My friend and I went on the day our favorite artists were going and we saw G-Eazy and Kendrick Lamar.”

Barbier was surprised by the friendly atmosphere. “People’s mindsets kind of change at concerts,” she said. “It was scary being with such a big group of people but you can talk to anyone and they are usually really nice.”

Barbier says that the live music was one of the most memorable parts. “Usually, the artists make a pretty big entrance to get people hyped, and toward the middle is when everyone is singing, dancing and swaying back and forth, and they get really into it,” she said. “Live music is just so much different than listening to something like Spotify at home.”

Junior Lucy Lamb attended Coachella and highlighted the performance by James Bay, as her favorite part. “He is on the radio a lot, so he is famous, but they put him in one of the smaller tents, so it made it more of an intimate experience,” she said. “It was also cool that there were different types of music that you could learn and experience.”

For junior Emilia Boultbee, attending Coachella allowed her to see things from a different perspective. “They had really cool artwork and it kind of made your problems seem small because the artwork was really big,” she said. “There were these giant yellow chairs that were huge—these things were like 50 feet tall—and it gave the illusion that everything is going to be fine and that there are bigger things than just what you’re doing.”

Lamb recommends that students attend music festivals to destress and take a break. “Although it’s a stressful time of the year to get your grades done, it’s still a fun experience,” she said. “It’s a good way to relax and explore your taste in music as a teenager.”