Finding a healthy solution: Michelle Victor on facing her PTSD 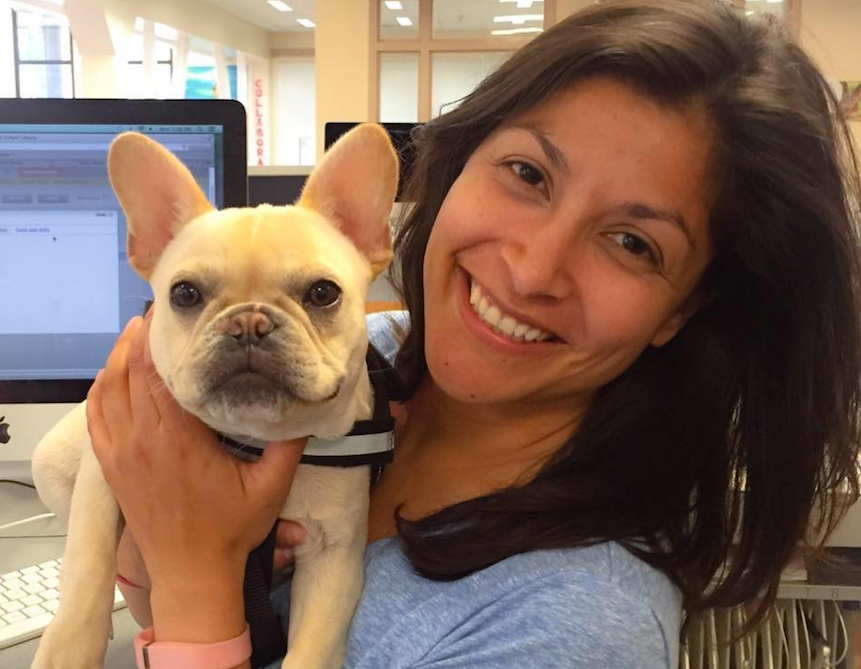 I have to admit that some things come pretty easy for me, like leadership, public speaking, playing softball, eating massive amounts of Taco Bell and even talking to strangers. Sometimes my strengths can turn out as, not necessarily weaknesses, but not great judgement calls, which I later realize are mildly poor life decisions and vow never to make them again.  For example, the whole eating massive amounts of Taco Bell strength, can often times turn out to not be the wisest choice when your pants rip in the middle of a school fire drill.

But then there are times in my life that I make what is actually a solid decision, that somehow ends me up in a less than ideal circumstance, like engaging in conversation with a stranger because I didn’t want him to think I was judging him or “too good” to talk to him.  I sporadically saw him over the next several months, but on July 20, 2015 at 4:28 a.m., he materialized as I was leaving the front door and threatened my life with a gun. He didn’t ask for anything, didn’t say a word and didn’t touch me.  Before I knew it, two things happened: a random stranger intervened in an effort to help me and my neighbor screamed that she had called 911.  Knowing help was on the way, the man grabbed my things, ran into a van and drove out of the neighborhood.

I know what many of you may be thinking, because I have heard this before when I tell my story: “You should never leave the house that early” or “4:28 in the morning?  That’s why.”  Yes, as I bare this terrifying story to people, some of them actual attempt to blame ME for something so out of my control.  And at times, I began to feel that way.  I began to spiral down the road of “what if’s.”  What if I never said hi to him the first time I saw him? What if I didn’t leave that early?  What if I ran back in the house when I saw him? But over time when I fall into this negative vortex, I have learned to remind myself that in no way will I accept blame for this.

I began to mentally spiral out of control as I continued on with my regular life after the trauma. I had been in therapy for my Obsessive Compulsive Disorder for much of my 20s, so I felt self-aware enough to know I needed to take some time off from work. I thought I had enough tools from my OCD therapy, to handle this whole scenario. I repeatedly told myself, “I got this!”  I took a week off and thought I was ok to go back to work.
What if I never said hi to him the first time I saw him? What if I didn’t leave that early?  What if I ran back in the house when I saw him? But over time when I fall into this negative vortex, I have learned to remind myself that in no way will I accept blame for this.
At the time, I worked as the first internal IT hire at Quora, a question and answer website startup dedicated to sharing the world’s knowledge. I felt very compelled to utilize Quora as springboard for writing as therapy and answering questions about what it feels like to be in a life-threatening situation and how I was dealing with my PTSD. I even began answering questions about OCD and various other topics of which I had intimate knowledge. I felt comfortable writing and posting my answers on Quora, because I felt that I may be helping people like me understand that they aren’t alone. Even though I wrote under my real profile, I felt most comfortable opening up to strangers on the internet because surprisingly I didn’t think they would judge like people who knew me before the incident might. Since they had no preconceived notion about who I was before, they would have no preconceived notion about how how quickly I should be progressing.

Now, don’t get me wrong, in my rational mind, I know that my real friends wouldn’t judge me for how I felt after such a traumatic incident, but I also wasn’t always rational at that time. I found myself making plans with friends and then flaking on them when I wasn’t feeling up to leaving my house. Many times I made excuses as to why I flaked because I thought people would think I wasn’t a “strong” person if I admitted how severely my life was affected. I was insecure. Big time. This feeling of insecurity was new for me, as I had always been so confident prior. I later understood that admitting I’m not ok and being honest makes me strong in the eyes of others, not hiding my feelings, ailments or problems.

It’s hard to explain how I felt after having my life so vividly threatened, but I guess I would say I felt outside of myself.  I was doing my normal daily life activities, but I just wasn’t present. I could not possibly be engaged when I was in a state of constant anxiety and hypervigilance, worrying about who around me was “safe”.  I didn’t feel safe anywhere or with anyone—not at work, not at my apartment, not even at my parents home. I also began to feel like I had no right to feel this way. After all, nothing REALLY happened.  Even though I was not physically harmed, my entire worldview was threatened.  I grew confused with the world and my place in it.  I was no longer my old self, yet I didn’t feel like anyone else and I certainly didn’t like this paranoid person I was becoming.  I kept calling out from Quora because I couldn’t deal with the thought of leaving my house.

Then one day, not too long after the incident, I had an epiphany that I needed to focus my energy on intensive trauma therapy to help understand what happened to me mentally that day and how I could overcome these symptoms.

I communicated my needs to Quora and they agreed to adapt my schedule to allow for whatever therapy I would need.  Even though OCD wreaked havoc earlier in my life, this was the first time in my career that I expressed my need for an accommodation. I was proud of myself for asking, but at the same time, I felt like I had no choice. I knew I had to either ask for help or inevitably be fired.  I needed co-workers to take most of my workload, and to my surprise, I didn’t get fired for asking, people didn’t make fun of me or even question what I needed.  Everyone was so helpful in making sure I was successful at work despite my mental health struggles.

Support group day quickly became my favorite day.  The group is comprised of people who have undergone trauma of all kinds and at all ages.  Seeing people who can relate to me and have similar emotional experiences is one of the best resources that I have to help myself feel like I can handle whatever symptom my PTSD hands me.  Speaking openly and freely to each other about our struggles and successes with PTSD has allowed me to find more strength in myself, to gain more confidence while in public, and to be more vulnerable with people.

Being vulnerable with people is tough, especially when I decided to return to work back at Gunn, this time with my tiny PTSD service dog, Lani Girl, in tow.  Before I worked at Quora, I had actually worked at Gunn as an IT.  I loved it at Gunn and had always felt a strong sense of general support from the Gunn community. I had become friends with much of the staff, many of whom I kept in touch when I left the district for Quora. Gunn felt like the right place to be when I was looking to re-enter the workforce. But this time around, I would not be an IT. Having to explain that, while being vulnerable about my life circumstance was challenging and at times overwhelming.  Also, facing people I had lied to and flaked on in the early stages of my recovery was extremely challenging and anxiety producing. But Gunn was where I needed to be.

While being in a life-threatening situation was definitely not the highlight of my life, it was one of the moments in my life that most rattled the foundation of who I am at my core.  I can no longer return to the person I was before that day, but now that I think about it, that doesn’t actually seem so bad.  For the life of me, I couldn’t figure out why this happened. I wouldn’t quite say I’m happy I was in a situation I couldn’t control, but I would say I’m happy with the improvements I’m making because of it. My therapy is helping me free my inner demons holding me back from reaching my full potential in my career, relationships and life. It also helped me realize that I have an amazing life and much to be grateful for, to think before I make mildly poor decisions and to quit eating so much at Taco Bell.