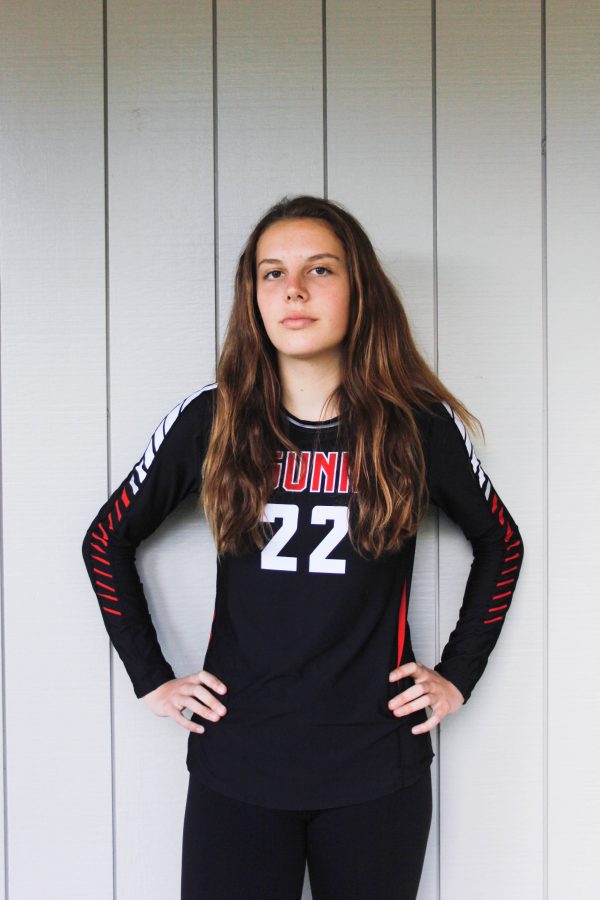 Five years ago, her sister inspired her to play volleyball, and Crichton enjoyed it from the start. “My sister played volleyball before me, [so] I gave it a try and immediately loved it,” Crichton said. Crichton enjoys being on the team, and is grateful for her teammates and her new coach this year. “It’s exciting, and I’m very happy to have a great team and coach to play with,” she said. During practices, she isn’t reluctant to try new things. “I love getting to try out different positions and build chemistry with my teammates,” Crichton said.