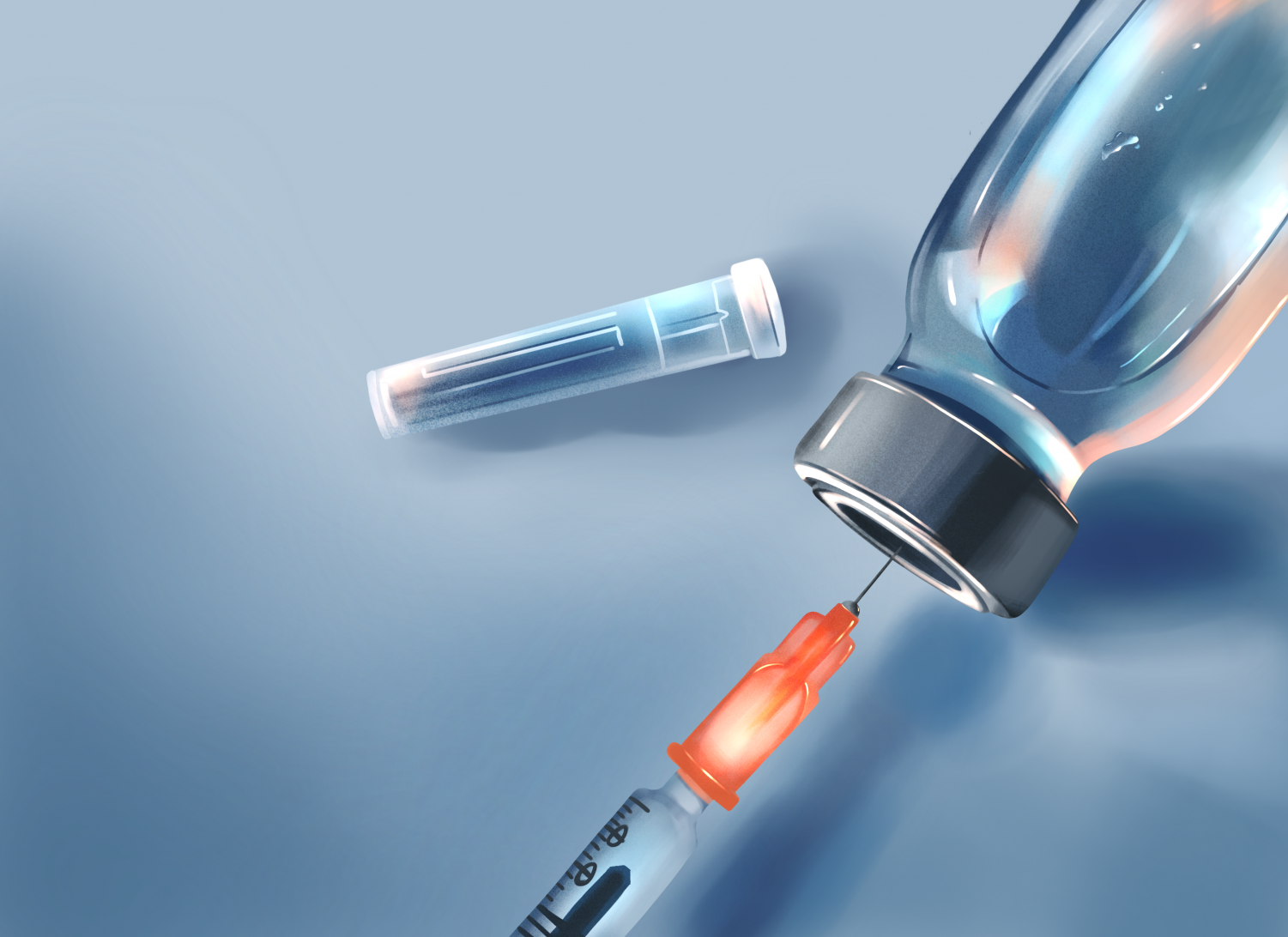 A rapid rise in the number of measles cases occurring throughout the Bay Area has prompted discussion within the community surrounding the increase of anti-vaccine opinions. While the medical consensus is that vaccines are essential to prevent the spread of harmful diseases such as measles, anti-vaxxers—individuals advocating against the use of vaccines—have pointed to obscure and scientifically unsupported evidence as reasons for refusing vaccines.

As such, the growing number of measles cases can often be tied to an increase in anti-vaxx beliefs: of the measles cases reported this year, three-quarters have occurred in unvaccinated or partially vaccinated individuals. Just this year, the Bay Area has reported ten occurrences of measles, a rebound from 19 years ago, when measles were declared completely eliminated from the United States.

Of course, increases in anti-vaxx beliefs have also led to an outpouring of support for vaccination. Like the vast majority of students, sophomore Arunim Agarwal strongly believes that vaccines are effective. “I am vaccinated and wouldn’t have it any other way,” he said.

Just this year, the Bay Area has reported ten occurrences of measles.”

Similarly, an anti-vaxx post on the Gunn Confessions Facebook page has garnered over 20 comments from students arguing for the usage of vaccines.

Biology teacher Maria Powell thinks that being vaccinated shouldn’t even be a topic of discussion.“They’re safe, and they’ve saved millions of lives and the science supports that that’s what you do to protect humans in a population,” she said. “It’s not an opinion. It’s objective fact.”

Part of the reason for the outspokenness in favor of vaccines is the ability of anti-vaxxers to unwittingly cause harm to others and disrupt public health and safety. “The non-vaccinated population is harming the population that cannot be vaccinated,” Agrawal said. “I’d very much appreciate it if everyone who physically can be vaccinated [were to] do so so that they protect those who can’t be because they are too young or have allergic reactions.”

What Agarwal is referring to is the medical strategy of restricting disease dissemination known as herd immunity. In a population in which a large percentage of people are vaccinated, transmission of infections and diseases would not be able to reach the minority that is not physically able to receive vaccination, thus preserving the health of the community as a whole.

According to lead district nurse Rosemarie Dowell, a host of different medical reasons can prevent an individual from receiving a vaccine. “Some examples [of this] can be people who are immunocompromised and therefore unable to receive their vaccinations at that time or people who have had severe allergic reactions to vaccinations,” she said.

Yet critics of vaccines exist, even at Gunn; one anti-vaxx student speaking with The Oracle on the condition of anonymity has expressed their concerns over the effectiveness of vaccines. “My parents believe that vaccinations don’t work and that a lot of people who get vaccinated actually get the disease,” they said.

As a result, according to the student, they are only partially vaccinated, and not against measles. The student’s younger sibling has only received two vaccinations.

The student also disagreed with the general consensus regarding rationale for vaccinations, citing government wrongdoing. “[Vaccination advocates] say [a vaccine] works 100 percent of the time and that’s not true,” they said. “Personally, I think that the government requires you to get vaccines because the government and health care companies do a lot of stuff behind the scenes.”

However, according to the Center for Disease Prevention (CDC), while vaccines are not 100 percent effective, the chance of a measles vaccination causing a severe allergic reaction is one in one million. In addition, governmental organizations with the specific goal of vaccine oversight—such as the Vaccine Adverse Event Reporting System —monitor each step of the vaccine development process.

Junior Yazzy Simons cautions against extrapolating a single case study as reason to refuse vaccinations. “I don’t think you should just not vaccinate your kids because one person somewhere once had a bad reaction, because [not vaccinating] could affect so many other people,” she said.

Anti-vaxxers often have a wide gamut of stances against vaccination; a different anti-vaxx student, also granted anonymity, has been vaccinated, but does not believe in certain specific vaccines. “I just don’t think that doctors do a good job of differentiating what each vaccine does and which ones are actually necessary,” they said.

As a result, the second student has abstained from many vaccines, only opting for the mandatory shots required to enroll in school. “I don’t get the flu shot or those types of vaccinations,” they said. “I don’t get them because if anything, you’re more likely to get the flu if you get [flu shots]. I did it once and that year, I was more sick than I’ve ever been. Since then, I haven’t gotten any.”

Senior Elizabeth Salwitz thinks that science should ultimately trump parental and societal influences. “[Anti-vaxxers] need to check the science and realize that what their parents told them was wrong,” she said.

Simons also echoed Salwitz, stating the importance of vaccinating for public safety. “Everyone who can be medically vaccinated should get vaccinated,” Simons said. “It’s best for the community that everyone gets vaccinated.”

I choose not to reject the agreed upon conclusions from the most compelling data that we have from everywhere.”

Indeed, many anti-vaxx view points are supported by no more than faux science or misconstrued beliefs. To support their views against vaccines, the second student reasoned that the immune system could be strengthened naturally, eliminating the need for vaccines. “Actually exposing yourself at a young age to get sick: that’s what builds the immune system,” they said.

However, according to the CDC, the risks of natural immunization are far greater than the risks of vaccine. For instance, natural exposure to chickenpox could result in the possibility of pneumonia as a side effect, while the most prominent side effects of the chickenpox vaccine would be limited to a sore arm.

Powell emphasized the need to believe in solid scientific evidence. “I choose not to reject the agreed upon conclusions from the most compelling data that we have from everywhere,” she said.

Numerous scientific studies and statistics support the validity of vaccines. Before the invention of vaccines, nearly 800,000 cases of measles were reported in the United States, according to the CDC. Five years after the invention of the measles vaccine, the number of measles cases plummeted to less than 25,000. Due to vaccinations alone, smallpox, a disease that once caused 300 million to 500 million deaths in the 20th century, now only exists in two research labs.

The second anonymous student acknowledges that there are some benefits to vaccinations. “It makes sense to vaccinate a child when they’re born, especially depending on where you live,” they said. “I’m really grateful I was vaccinated when I was born. But I don’t think it’s necessary to get a whooping cough shot before middle school. [Vaccination] becomes less important as you get older.”

Medical professionals, health safety experts and general student consensus, however, agree that vaccines are beneficial to society. “I am 100 percent pro-vaccines,” Salwitz said. “Vaccines are what keeps our society healthy and it is naive to think otherwise.”

If you want a picture to show with your comment, go get a gravatar.