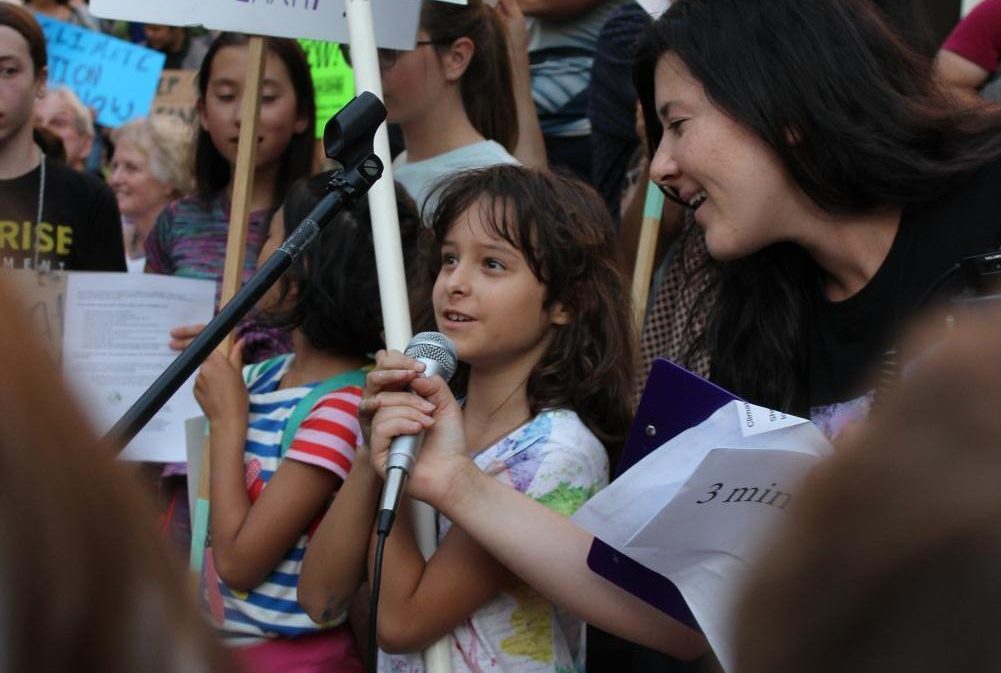 On Sept. 20, Bay Area ecoactivists assembled in front of the Palo Alto City Hall to take part in a global movement of climate strikes inspired by teen advocate Greta Thunberg. The two-hour long event, which was organized by the Peninsula Peace and Justice Center, featured guest speakers, chants and a march around the neighboring blocks.

Gunn junior Henry Poole, who attended the rally, emphasized the importance of calling for change from legislators. “If we don’t tell what’s important to us to those who represent us, they won’t represent our interests,” he said. “Rallies like these, right in front of our city legislature, are important because you’re bringing it right to those representatives.”

For many at the protest, the lack of government action to combat climate change has reached a point of crisis, requiring legislative action. “When you’re rioting in the streets, you’re calling for top-down changes,” Audrey Chang, a member of the Los Altos High School Green Team, said. “If the government isn’t acknowledging climate change as a whole, there isn’t going to be legislative change in order to support sustainable behavioral change that people want to pursue.”

Rallies like these, right in front of our city legislature, are important because you’re bringing it right to those representatives.”

Gunn sophomore Shana Ebrahimnejad also highlighted the importance of expedient government action. “I hope that politicians and people with power will be more motivated to pass deals or laws that can help make it so that we can preserve the Earth,” she said. “If not, we will basically face an apocalypse.”

Gunn senior Sophie Alexis called for businesses to do their part in being environmentally friendly. “A lot of corporations that might be unwilling to change can be swayed by consumer opinion,” she said. “If there’s a lot of public support behind these kinds of initiatives, and behind environmentally friendly business policies, then I think they can change.”

Protesters were motivated to show up for a variety of reasons; chemistry teacher Heather Mellows was inspired to attend by the similar events taking place nationwide. “I saw the videos of marches all over the country today, and I was really moved by that,” she said.

On the other hand, Poole heard about the climate strike through a friend. “I had a friend who goes to [Palo Alto High School] and he told me about it,” he said. “I decided it would be a great thing to come out to do.”

Gunn staff, too, have advertised the event. “I had a poster up in my classroom,” Mellows said. “I encouraged my students to come. I think this is a nice compromise; it wasn’t during school, but it was still available, and it was still a way of showing our voice.”

For many of the strike’s attendees, PAUSD long-term substitute Christopher Duff included, the issue of combating climate change has become critical. “This is it,” he said. “This is our time. If we don’t do it now, it’s over.” 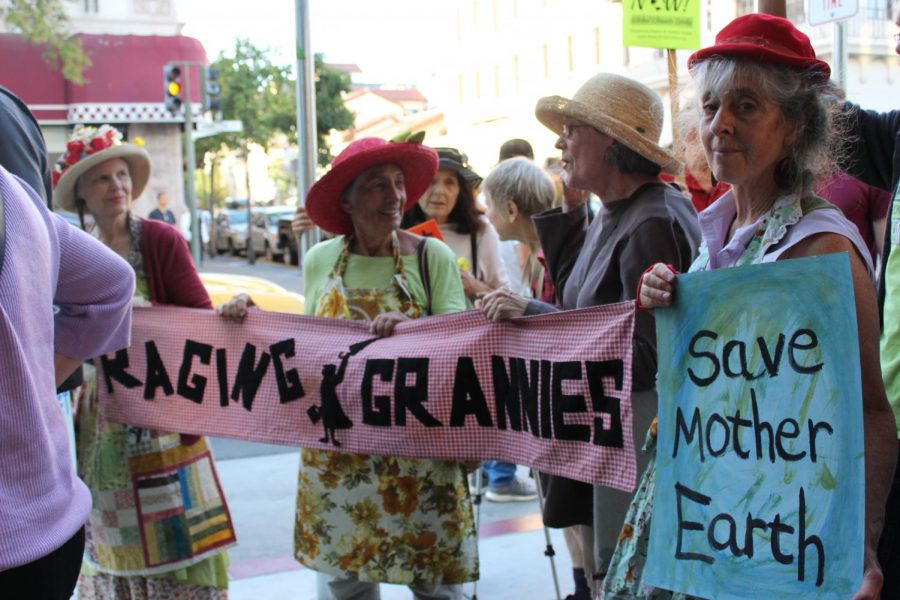