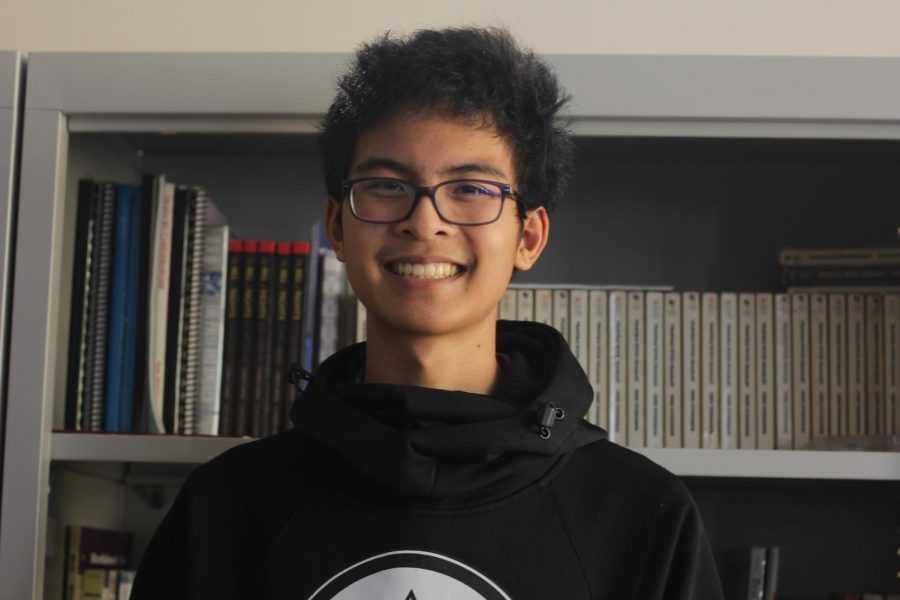 Ever since he joined the program his junior year, the Gunn Robotics Team (GRT) has beenan essential part of senior Quinn Arbolante’s life. As a veteran team member, Arbolante hashad unwavering commitment, working for the team for the past two years. Through GRT, his passion for robotics has grown. His previous experience with GRT advisor Kristina Granlund Moyer, who taught his Introduction to Engineering and Design (IED) class, led him to decideto apply.

Over the course of his two years on the team, Arbolante has risen through the ranks, start- ing as a rookie and eventually becoming one of the team leaders. As the current ComputerNumerical Control (CNC) lead for GRT, Arbolante has gained countless positive experiencesfrom participating in robotics. “I can get stuck in my own head sometimes,” Arbolante said. “So it’s nice to be able to go somewhere and work hands-on and see what I’m doing and make something.”

Arbolante and the team have been able to build a community of support, working together with preciseness, dexterity and great chemistry. Together, they have been able to achieve suc-cess in their final projects.“It’s significantly harder to continue and succeed without support from others,” Arbolante said. “So in GRT, you get a lot of that support to work on things andyou learn a lot about how to communicate with others.”

The team has also been able to move forward together through the common goal of suc- ceeding in tournaments. “Last year we went to two regionals,” Arbolante said. “There were a lot of team bonding and spirit experiences going out for a couple days, seeing this robot that you’ve been working on for months now in action.”

The process to build a robot for GRT is long but rewarding. It starts at the beginning of theyear, when the tasks that the robot must complete are announced. This leads to brainstorm-ing, coming up with a design, building a prototype, planning out the building for the finalrobot and the long-awaited build season.

Through his involvement on the robotics team, Arbolante has received multiple takeaways, each one preparing him for more machinery involvement to come. Looking at the future, heacknowledges the presence GRT will have in his life. “I want to keep building things [in thefuture],” Arbolante said. “I really like the idea of creating something that stays and impacts other people.”