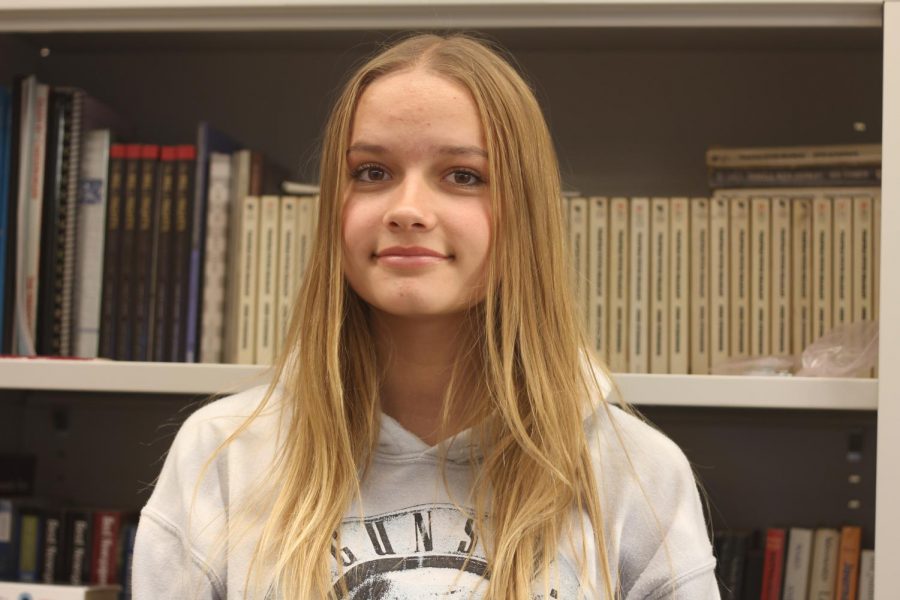 This story is part of a spread in which The Oracle randomly selected five students from the student body. The goal was to demonstrate one of the primary ideals of journalism—that everyone, no matter what path of life they come from, has an important story to share.

Outwardly, junior Cate Schmoller resembles a typical teenager; she’s a gregarious, positive person who values her social life and her cat. Born and raised in the Bay Area, she attended Barron Park Elementary School and Fletcher Middle School. But since coming to Gunn, something in her life unexpectedly and gradually changed.

Enter freshman Bridget Schmoller: similar to her sister in interests, sense of humor and looks. Despite a two-year age difference, she’s been one of her sister’s closest confidants.

It was around the time when Cate Schmoller became a high schooler that she found she could trust and rely on her only sibling. Since then, she has been glad to have a supportive sisterhood.“We are able to talk to each other about things that are going on in our lives that we wouldn’t normally be able to talk to other people about,” she said.

This past summer, she faced an intimidating landmark in her path to autonomy: traveling without her parents. For a week, she lived a continent away, in Costa Rica, participating in a turtle conservation project.

Even without parental guidance, she was not completely alone. She had her sister to accompany her into the foreign world.

From the start, Cate Schmoller found herself in awe of the country. Its scenery and environment made it memorable; she was surrounded by Spanish, a language that she had always wanted to learn. To help the country’s turtle population, she and her sister helped aerate sand, move eggs to safer locations and clean up the beaches. The definite benefits for nature made the hard work both wholesome and rewarding. “By cleaning up the beaches, we were doing a lot of good things for wildlife, for the turtles but also for the rest of the animals that were there,” Cate Schmoller said.

The trip was both a step toward independence and a bonding experience for the sisters, who shared a living space while navigating a strange new world. A few months later, Cate Schmoller still looks back on her time in Costa Rica with fondness. “I definitely would return and go there for a longer amount of time,” she said. “It was really pretty, and it just seems like a good place to be.”

From traveling to foreign countries to everyday life at school, the sisters remain close. This year, Cate Schmoller faced the tough decision to discontinue participation in volleyball at Gunn due to an increased workload. Despite the difficulty of dropping a sport she had played for seven years, she knew her sister supported her choice.

Now, with Bridget Schmoller joining Gunn’s community, their reliance on each other comes full circle. Just as the two bonded during Cate Schmoller’s introduction to high school, this time, it’s the older sibling who gets to offer advice for her younger sister. As Bridget Schmoller starts her journey navigating through high school, the two can surely look forward to achieving new milestones together. As before, the two of them are in it together.